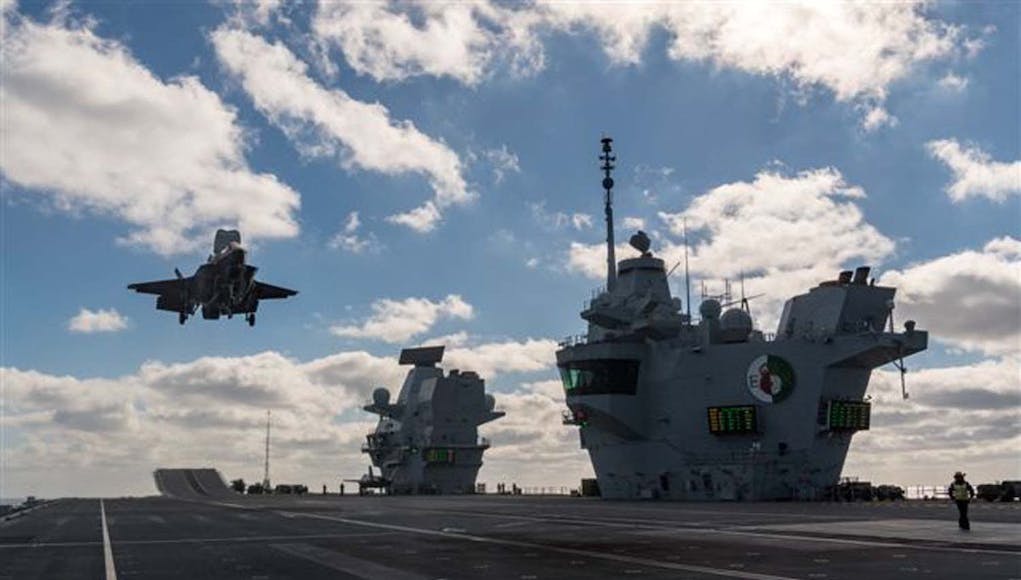 Test pilot Squadron Leader Andy Edgell flew his F-35 facing the stern, not bow, before bringing the jet to a hover and gently setting it down on HMS Queen Elizabeth.

The ‘back-to-front’ manoeuvre, described as “like driving the wrong way down a one-way street” say the Royal Navy in a release, is intended to give pilots and the flight deck team more options to safely land the jet in an emergency. 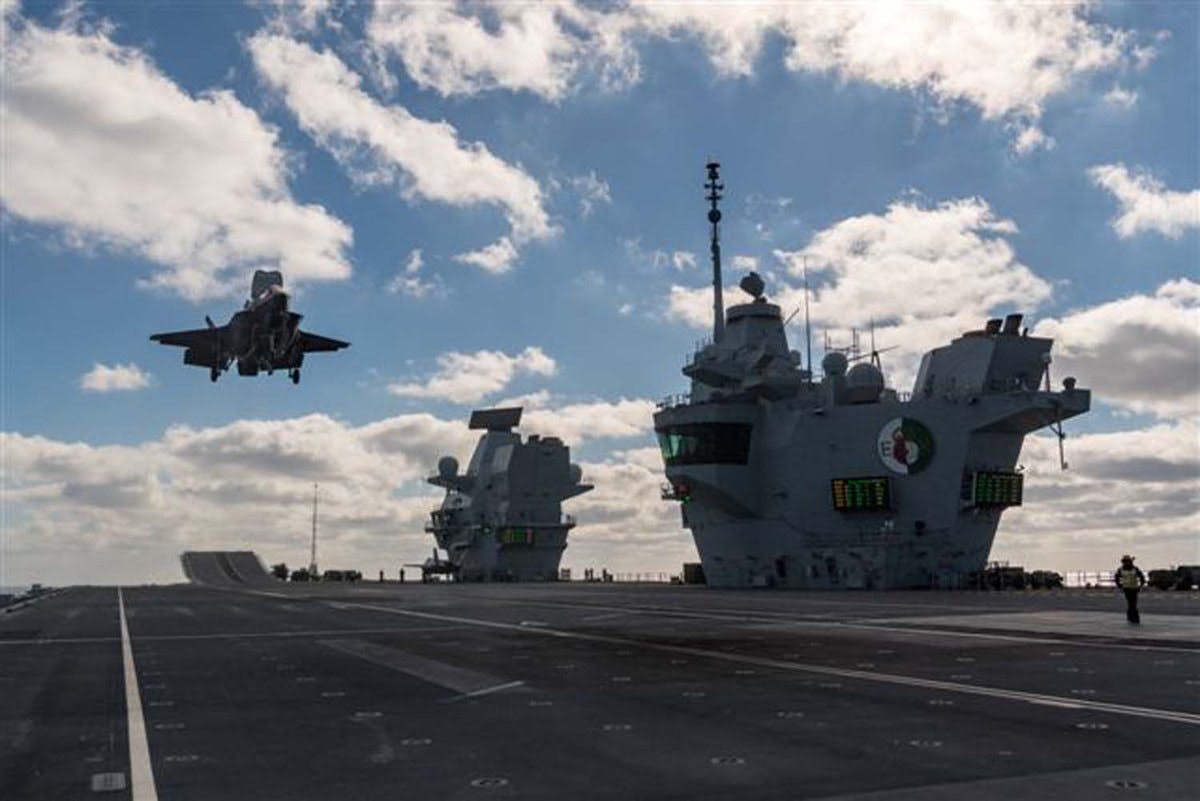 “During her maiden jet trials off the eastern coast of the USA, the ship has already completed conventional landings (with the pilot/aircraft facing the bow) and a rolling landing (the Lightning approaches the flight deck at low speed and gently rolls to a halt, without the need for arrestor wires).”

“It was briefly bizarre to bear down on the ship and see the waves parting on the bow as you fly an approach aft facing. It was also a unique opportunity fly towards the ship, stare at the bridge, and wonder what the captain is thinking.”

The Royal Navy say that the carrier is due home from her Westlant 18 deployment in mid-December.

This must be in preparation for the USMC to practice landing on the right hand lane of the deck without crashing into the Islands :p

Will there be a story to tell QE can steam west to east too?

I’m guessing this is so it can drop (relatively compared to dropping off the bow) safely off of the stern if it can’t stop?

Or so that if there’s ever a reason they can’t land the normal way (damage to the ship etc) that the planes can still land safely and be available for use again.

Keep carrier air missions going as much as possible, even if there’s damage. That’s what I think it’s for.

Maybe winds? If say due to a need for manouvering the ship is running at 20 knots before a 40 knot wind, it maybe safer to land into the apparent wind? I know they like to keep carriers pointing into the wind.

Reading the article I’m a little disappointed, but only because I pictured the F35 actually flying backwards like an airborne moonwalk :-p

I recall Harriers did this in the Falklands during the war, for operational reasons, also mentioned in one of the main books.

Does anyone know if the QEs are fitted with crash barriers?

Good question- that thought had never occurred to me. You’d imagine there might be a scenario for such a use.
With that in mind- were the Invincible class equipped with any sort of barrier/equivalent? I don’t recall they’re having provision for such an affair, but maybe that stemmed from their original incarnation as helicopter only ‘Through Deck Cruisers’ etc?