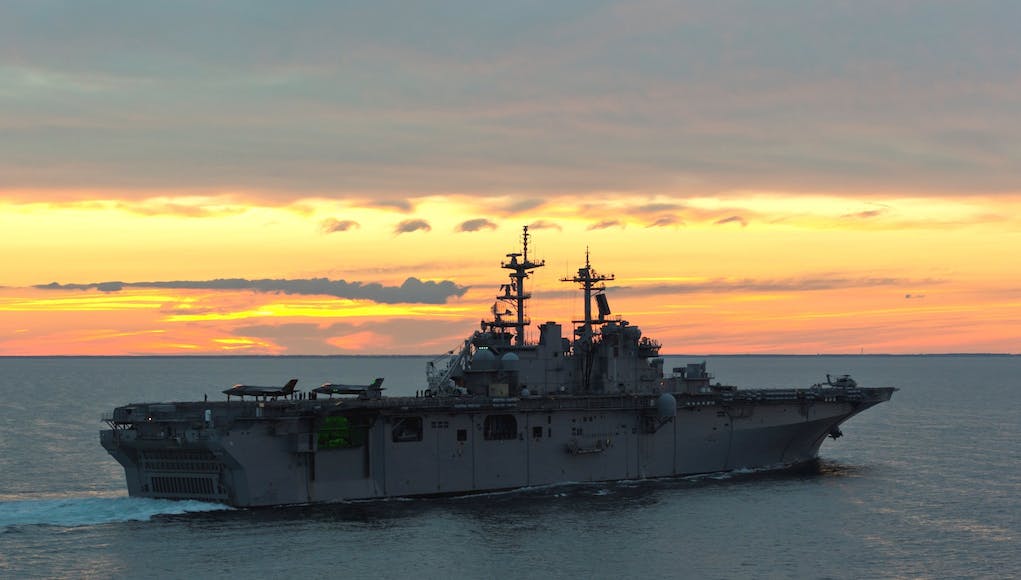 Recently, A detachment of F-35B jets landed on board the amphibious assault ship USS Wasp, marking the first time the aircraft has deployed on board a US Navy ship.

“Pairing F-35B Lightning II’s with the Wasp represents one of the most significant leaps in warfighting capability for the Navy-Marine Corps team in our lifetime,” said Rear Adm. Brad Cooper, commander, Expeditionary Strike Group 7.

“This 5th generation stealth jet is extremely versatile, and will greatly enhance and expand our operational capabilities.”

According to the US Navy, VMFA-121 Pilots are scheduled to conduct a series of qualification flights on Wasp over a multi-day period. Following qualifications, the F-35B’s and 2,300 Marines that make up the 31st MEU will deploy aboard ships of the Wasp Expeditionary Strike Group for follow-on operations in the Indo-Pacific region as part of a ,routine patrol to strengthen regional alliances, provide rapid-response capability’.

“The 31st MEU is the only forward-deployed MEU in the region. The F-35B serves as one airframe within a multitude of air capabilities of the MEU’s Air Combat Element.

Air, ground, and logistics forces make up the MEU’s Marine Air-Ground Task Force (MAGTF), a composite of capabilities that allow the MEU, in partnership with Navy amphibious ships, to conduct a wide-range of missions from crisis response to disaster relief.”

The US say that the aircraft is equally capable of conducting precision strikes inland, supporting Marines inserted ashore or providing air defence for the Expeditionary Strike Group.

It’s no secret that the F-35 has had severe cost and schedule issues.

The F-35 programme has gone through serious teething problems, problems also experienced by the majority of complex aircraft flying today such as the F-15, Typhoon or any other modern combat jet.

There are very few nations who will be able to deploy 5th generation stealth fighters from aircraft carriers as we move into the next decade.
It isn’t an easy task.
The top tier of naval forces will have both this capability and nuclear submarines to provide a genuine strategic reach, any navy without this will be second tier.

Well, that may hve been true before Jack, but it seems to me the F-35B has made air support and defence available for any fairly small nation that can afford to spend as little as $400 million on a large-deck amhib for multi-purpose, something I found very interesting:

The Australians thought of buying F35b’s for the Canberra class but realised that the cost of additional fuel lines and storage, hanger changes and engineering support, specialist air traffic control radars, deck landing aids, deck strengthening and coating as well as the cost of the planes themselves and additional pilot & other personnel training etc. was prohibitive in respect of theF35b’s.
And doesn’t the maintenance of stealth aircraft present it’s own challenges even on land, never mind at sea.?

It wouldn’t be dirt cheap Jack, if the Wasp took 6 F-35B, presume one of these would take say 4 for which you’d need a fleet of 8 at $100m each (price dropping) by the time they’re needed when launched not commissioned, add on $100m for extra upgrading to the ship plus $100m logistics to make a start on the money, plus the $400m, you get $1.4 million, i.e. £1 billion. I agree threre may be other costs but I’ve not even seen a projection of numbers carried let alone costs. But compare that to the QE at £3bn +… Read more »

Wait a minute. Do they just have a really good fleet of ships with economies of scale, and when this new technology came along they just put the planes on the ships they had? They didn’t invent a new deck paint? They didn’t spend 10bn and 10+ years building new ships and only two of them? They didn’t spend 2 more years doing flight trials? What a bunch of flyboy amateurs.

The deck of Wasp has had a new coating applied.

Operational testing with the F-35B as a Marine squadron deployed in the East China Sea on the LHD-1 Wasp for the first-ever shipboard deployment , part of the 31st Marine Expeditionary Unit “The F-35B is a game-changer for the Marine Corps,” Lt. Col. Richard Rusnok, VMFA-121 commanding officer said in a statement March 5. What is not stated is whether or not it will include the required intermediate-level maintenance capabilities, ALIS, which provide a level of support between the squadron and the depots so that repairs can be done at sea. The billion $s software Autonomic Logistics Information System, ALIS,… Read more » 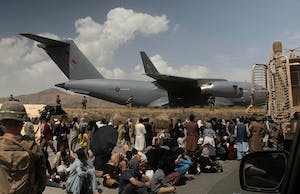