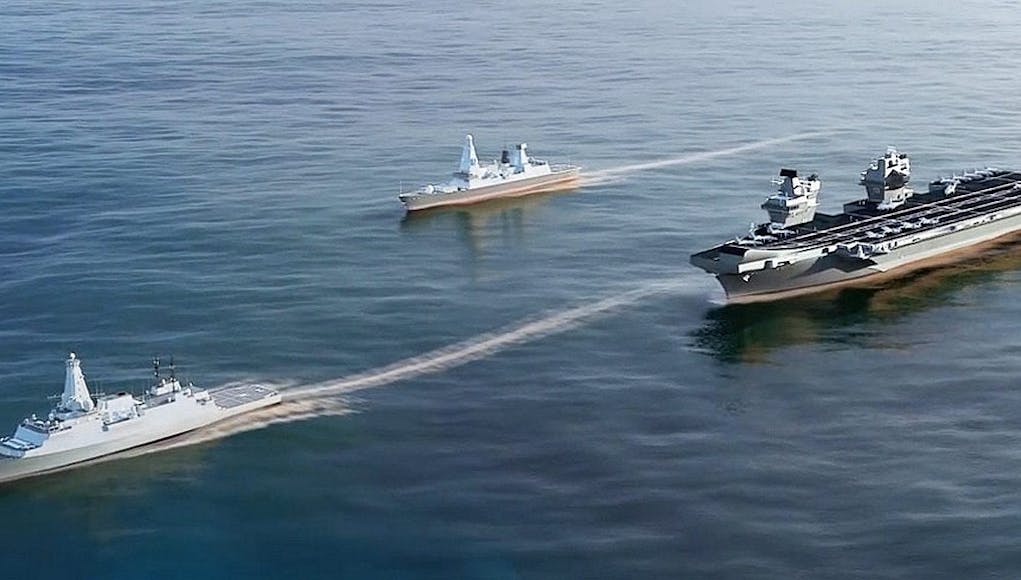 The UK Government is committed to spending £8 billion on Clyde warships, including the Type 26 and Type 31 frigates in addition to the new Offshore Patrol Vessels.

The original plan for the class had been 8 anti-submarine warfare variants and five general purpose variants, this remains largely unchanged except for the specification and type of the later five vessels, which has been reduced to make them more affordable.

“The UK Government is committed to building ships on the Clyde and to the Type 26 programme. Over the next decade, we will spend around £8 billion on Royal Navy warships and, because Scotland voted to remain part of the UK in 2014, will continue to be an important manufacturing base for them.

The Type 26 programme is certainly not indefinitely delayed, our commercial negotiations are progressing well but are not complete.

The production schedule will be determined by those negotiations and it would undermine the MOD’s commercial position if we commented on the details; this was made clear to the Committee. We are committed to the Type 26 programme and to beginning the build as soon as possible.”

Awwww she still does lol …. main thing is she dosent speak for thd majority of Scots …… HER and their MPs, continually make out they do on the Tv …. as a Scot they dong speak for me and never will.

The original comments were leapt on with abandon by those seeking to use it for political gain, and now we’re seeing a lot of damage control for what were initially rather innocuous comments. Good news though!

Should give some of the build to English shipyards!!!

One in Devon that has just built this

Who’s this ship for?

If we ever get more than 5 T31, something the government has at least hinted at, then maybe we might get some parallel builds with 5 on the Clyde and 1, 2or maybe even 3 elsewhere. If T31 is anything like the BAE & BMT 117m concepts and anywhere close to the £250m-ish cost being suggested then getting 8 x T31 instead of the cancelled 5 x GP T26 doesn’t sound too unreasonable to me. If T31 has crew complement of 85 vs 118 for T26 then crew numbers almost work out as well (need 90 more to crew 8… Read more »

And that 8 billion is just for the consulting fee

The only reason this is news is because of utterly irresponsible journalism on the part of STV and the National. Designing a warship is a slow, complicated and deliberate process? Not quick enough for the “cross this box and everything will be fixed” brigade!

Can’t find any record on the SCOTLAND OFFICE webpages and have written asking for a copy of the statement. Don’t trust Government I’m afraid. Let’s see the steel being cut and the workers at their jobs building the frigates. Signed. Doubting Thomas…..

Have you tried the MoD?

Make more sense to build some in Devonport, the scots would not be able to hold us to ransom

Max . Bae have a time line for these ships and at the moment they are still in the design process due to the type of additions in technology and requirements of them . As long as wee nippy don’t get to put her nose in these will be built in the centre of excellence for shipbuilding in the UK which is the clyde and history has proven this fact by all the previous contracts started down south and transferred to clyde to repair and complete . I.e. wave class . Bay class . Opvs for Trinidad that ended up… Read more »

Is that why most of the modules for the first carrier were built in England? Any ‘rework’ needed? And lets not forget that level of work would have continued had Portsmouth not been shut down in another political panic by Cameron to appease the Scots. And just today (8th Jan) we have Ms Krankie saying ‘I am not bluffing’ over Indyref2. Well I think a lot of us in England are now fed up baling her country out to the tune of £15 Bn a year, having all our surface ships built there and getting abused and betrayed for our… Read more »

Why are we bribing the scots!

The Scottish government are pushing for a 2nd referendum to leave, I don’t see how it is in the best interest of the UK to invest heavily in Scotland right now.

After begging Scotland to remain in the Union it’s the very least they should be doing !

Nothing on MOD.Gov webpages. A definitive statement would be handy. It appears that everything is based on the Defense Committee hearing earlier in the week which I have to admit I watched in full. Not an impressive performance by officials, Minister of Stare (3 daysin post) or Bae. Loss of skilled workers on the Clyde is a worry because there just isn’t warship building capacity or expertise elsewhere in UK now. Good job noboby is declaring war….

Why build them in Scotland Belfast ,Portsmouth Newcastle and Plymouth can all build these ships to cost

Nothings urgent then ? if they had been like this before ww2 we be speaking german now.

And yet we’re so skint ?