HMS Diamond is heading back to Portsmouth after spending two busy months at sea.

The Royal Navy say that a lot of the destroyer’s time has been spent as one of the Royal Navy’s high readiness escort units. She was activated to monitor Russian destroyer Severomorsk and cruiser Marshal Ustinov past the UK, then became the first ship in her class to take on fuel from one of the new Tide class tankers, RFA Tidespring. They say in a release:

“The destroyer has been activated throughout the traditionally busy summer season, barely stopping to take a breather as she monitored Russian naval activity twice, visited four ports, helped train warfare officers and RAF air crew, hosted two ambassadors, represented the Fleet in front of a million people at Bournemouth Air Festival, joined NATO ships in the Baltic and impressed Poles on a rare visit to their country.”

See you next week @HMNBPortsmouth. Looking forward to Families Day on Thursday and welcoming all our loved ones on board. https://t.co/9tYdygCa2W

“I’m really proud of my ship’s company and all that they have achieved – over the past month or so they have shown their flexibility, adaptability and complete professionalism.

We have delivered on operations, we have flown the flag for the Royal Navy around the UK – and most recently the Baltic – and demonstrated our continued commitment to NATO and European Defence.”

The Type 45 destroyer is often regarded as the most advanced guided missile destroyer in the world. Indeed, during an ‘intensive attack’, a single Type 45 could simultaneously track, engage, and destroy more targets than 5 Type 42s, its predecessor, could.

Sorry, but in this particular photo it looks as if Capt Ahab’s Great White Whale has her!!! 😀

Helions – I ride a motorbike,id be mightily impressed with a lean angle that good lol.

Don’t think I could have managed that on my old K75s… Scylla and Charybdis perhaps? 😀

I just hope anyone wasn’t eating in the mess at the time otherwise they would have got a little bit of a nasty surprise.

I was thinking it looked like a titanic moment, Jack Jack come back jack……

Sod the mess what about the toilet?

They probably don’t work anyway. I spent 3 days on Dragon and the toilets never functioned, 60 infantry pissing overr the rails and shitting in bags was well fun.

Reaper, do you always talk crap…?

Sorry fella but I’d love for you to prove I’m talking crap. Does my experience in the forces knock your rosey view on the forces off kilter ?
Is it inconceivable to you that an infantry coy doing ops off the back of HMS dragon could block up their shitters?!

I think he was being ironic, least I hope so.

After all you were talking about bag loads of shit.

That picture looks like the boats just done a handbrake turn !

Someone must have had a serious wtf moment when that stunt was pulled. 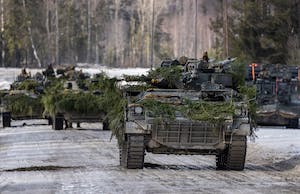