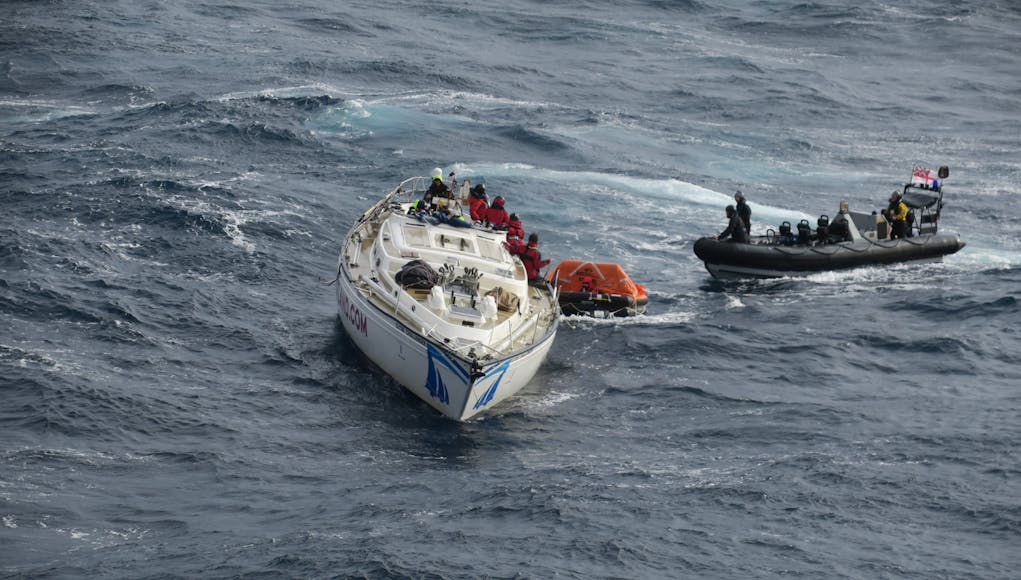 HMS Dragon has rescued a yacht crew in the Atlantic Ocean after being diverted from an exercise designed to prepare the ship for carrier strike group operations.

According to a press release from the Ministry of Defence:

“HMS Dragon was diverted 500 miles away from a routine tasking to provide life-saving assistance to the crew of the 60ft Clyde Challenger racing yacht.

The yacht had left the Azores on 5 February 2017 and was bound for the UK when it suffered damage following days of heavy seas.”

“When we arrived on scene it was clear the yacht had lost its mast and looked in a pretty desperate state after nearly 48 hours drifting in the challenging conditions.

We were however hugely relieved to see all 14 crew alive and well. Despite racing through the night we only had three hours of daylight remaining in which to safely remove the crew. Luckily HMS Dragon is fitted with two large sea boats capable of carrying six passengers each.”

According to a press release, British personnel have been taking part in ‘Fleet Synthetic Training’, exercises used to put US Navy carrier strike groups through their paces.

“Working from the Maritime Composite Training System site at HMS Collingwood, US carrier strike groups, including the USS Harry S Truman, have worked with ops room personnel from HMS Dragon and HMS Richmond, both of which played the vital protection role for the carrier.

Regular and reserve personnel from across the Naval Service, as well as colleagues from the RAF and defence experts from the US have also been involved in the role-playing.”

Once safely on board HMS Dragon, the crew were afforded ‘medical attention, hot food and the opportunity to call loved ones at home.’ 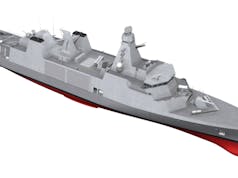 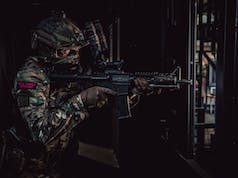 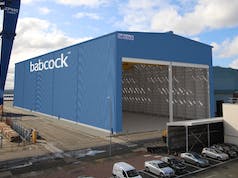 The crew of the yacht were lucky one of our few warships was at sea and within reach.
If only we had a few more warships say 8-10 more frigates or destroyers would be great.

Mr Bell you make a great point. How much do frigates cost? I don’t know much about ships. How long would it take to build some more? 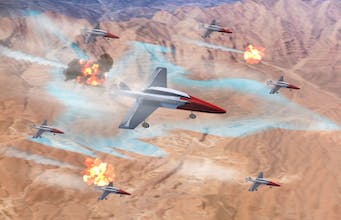 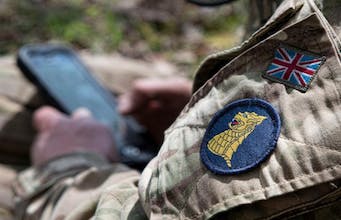