Type 45 destroyer HMS Dragon recently took part in a gunnery exercise, firing her 4.5 inch (114mm) gun as well as her 30mm cannon and 20mm Phalanx cannon in the surface attack role using a floating target to simulate an attacking enemy.

The warship was involved in a three-week-long exercise called Formidable Shield 2021, testing missile systems, sensors, software – and the hundreds of men and women operating them as they demonstrate their ability to deal with the latest aerial threats.

The exercise also featured live missile launches as the vessels demonstrated their individual and collective ability to track, identify and ultimately destroy incoming threats in the skies, including testing ballistic missile defence.

HMS Dragon along with other warships participating in Exercise Formidable Shield also  took on fuel from the US Navy oiler USNS William McLean in the Atlantic Ocean with the Scottish Hebrides.

I don’t want to be too negative here, but how exactly would any RN ship sink another warship over 90m.

if you have ever seen a sink ex, it takes an awful lot to sink something like a t23/45 and they tend to throw everything at them.

the RN are woefully short of actual combat capability, sure they can defend themselves, but that isn’t enough.

We wouldn’t be trying to sink another warship with the 4.5.

Obviously you would be a bit mad to try against a KIROV but against an FF/DD or smaller it feasible …the MK8 has surface capability especially when paired with an electro optic director. Surface shoots are practised.

Are they good for targeting smaller fast attack type vessels? I never set foot on FF/DD accept for visits alongside, so never got to see the 4.5 in action. Saw the Goalkeeper & Phalanx test fire a few times, what a racket 😄

20 Rounds a min. Set to VT high or VT low and they would shred a swarm. I watched the shells explode on one of the first thermal cameras fitted in the RN. It was a Thim bolted to a DAS sight on a T42 in the late 80s. Before then all you saw using Mk 1 eyeball was smoke and an orange flash. A thermal camera let’s you see where and how far out the shrapnel will go and it goes out a lot further than you would expect. Now with laser rangefinders and modern remote sights and computer… Read more »

You make a ship unfightable but it still floats……

You dont need to sink them. Set the fuzing to VT High and with a 3 round burst you would shred anything on the upper deck making the ship combat ineffective. I take the 90m is a Typo…At 90m you could throw stuff at a target and hit it. If its 90Km or Miles away, use a missile or a helo carrying a missile. Sinkex is not an accurate representation. No flammable materials, fuel or ammunition onboard. You have to remove most of the interior materials to be allowed to sink a vessel at sea deliberately. Most watertight doors and… Read more »

Yes. I remember some years ago watching footage of a Canadian Sinkex of an old frigate. What seemed to surprise the top brass was how the ship sustained hits from missiles quite well, but it was gunfire from 20mm, 40mm, 76mm etc that caused huge damage to superstructure, masts, bridge deck etc and would have shredded men and material in a real fight. A ship doesn’t have to be sunk to be out of the fight.

Glass Half Full
Reply to  Gunbuster

Pacman27 was probably referring to the size of the ship with his 90m, presumably an indirect reference to a current lack of medium or large/long range SSM beyond the Harpoons. However, the argument would still hold that light missiles such as CAMM or Sea Venom might make a ship combat ineffective by destroying sensors.

90m was reference to size of ship.

thanks for once again parting with your knowledge, I have to say I am more with the Russians than the RN and believe we should arm our ships to be a lot more offensive in nature.

T45 is a perfect example where a mk41 VLS is a game changer for that platform and makes it considerably more lethal (depending on what is in the VLS of course). For the extra monies involved it does seem a very short sited decision.

Never witnessed a sinkex, just air targets. Still, I’m under the impression these vessels are empty hulls with no ammo and other nasties for a number of reasons which seem logical enough(!), plus environment, etc. In fact, on this subject, and of great interest to me: the severest post WWII test to date has been Falklands. There, virtually everything noteworthy hit on both sides was destroyed, apart from HMS Glamorgan. Belgrano was the only example holed below the waterline, which for up to medium sized units is likely to end with the unit down under. Tragic, as are all losses,… Read more »

great commentary , thanks Gavin. I’d add the loss of HMS Ark Royal in Dec 1941 into the same group.

DC/FF is one of the achievements post Falklands that the RN was good at and got better at with lessons learnt training and kit Don’t compare fires and damage alongside to damage afloat. Alongside the ship is opened up, min crew on board and a small duty part only. The priority is saving life alongside. At sea the priority is the ship. If you don’t save the ship everyone gets wet and the day doing sea survival training in Horsea Lake comes into its own. At sea, the ship is closed down, running its own systems with everyone available and… Read more »

Ah yes, flailing around in a leaky suit, where the visor has fogged up, whilst the the DIs are lughing their tis off, when you’re paddling in circles trying to find the raft! Happy Days…

Even better in winter. Break the ice on the lake first!

Cheers, GB. Was in part looking for a bit of modern reassurance, certainly as far as RN are concerned. We don’t have sufficient assets to ‘waste’ any! In fact, got a bit of experience since I was on HMS Bristol at the time; at Milford during break from weapons trials.The relative contrast in how quickly the refinery crew got her stabilised, even anchored in mid-Haven, resonates to this day. In fact, to the extent that it seemed such a dedicated FF vessel would not come amiss as part of a BG; very relevant now, perhaps. Aside, surprised to come across… Read more »

Hit the critical spots(below waterline, magazines, engines) & even a single hit could sink or disable one. No armour on most modern warships, so very vunerable to any sort of fire & all that hi tech equipment can be disabled by anything severing the wiring or cutting the power. Modern guided rounds & missiles could hit the critical spots far easier than the “unlucky” hits from the days of gunnery duels at sea where if even 5% of shells fired hitting was a good day. Fire aboard any ship is a nightmare. Most potential adversaries have AShMs that could K.O.… Read more »

Obsolete or not a Harpoon will disable or sink a FF/DD and above from over 60miles away. There is nothing wrong with the missile. The issue is the homing system which is fire and forget. Once it’s on its merry way that’s it. There is no action movie big red button in the Ops Room to self destruct it. If a civvy ship gets in its way by accident its going to have a really bad day… as is the RN spokesperson explaining why the RN just sank say a Ferry with 200 people onboard. . The replacement will have… Read more »

Wasn’t it the first to actually sink a target in action just prior to the Exocet strikes that got all the publicity. It wasn’t even passed for service at the time if I remember correctly. I also seem to remember that these main guns were claimed supposedly to be capable of hitting a shell in flight which always raised doubts in my mind but maybe someone more knowledgable can elaborate on the feasibility. I guess in theory proximity fuses might on paper at least make it feasible but still sounds somewhat fanciful..

These days all you would need to to do is destroy the ships mast and with it her sensors. Without them a modern warship is particularly useless.

10 for effect, four/five…..engage! Gunnery Funnery (unfortunately the biggest thing I got to shoot was GPMG from the bridge wings!)

So Dragon in Scotland, Defender and Diamond with the carrier group, and Daring is in the South Atlantic if I’m not mistaken. Cool stuff.

They are no longer SORNED ?

I admit I made this comment just to confirm Daring’s present location, as I think she’s actually still in port (I can’t confirm as I don’t live in Portsmouth). But Daring was pinged off the Falklands on 01/06/2021 by an automated identification system.

Warships do stuff to their AIS data. Don’t ever believe anything a warship AIS say’s.

That’s a fair point, thanks for the input. I would think that misdirection tactics such as altering the ships AIS data wouldn’t be too common during peacetime though. But we can only speculate I guess. 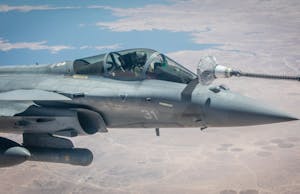 June 10, 2021
The range of the aircraft flying from French aircraft carrier Charles de Gaulle was extended with the help of land based British tankers for the first time.