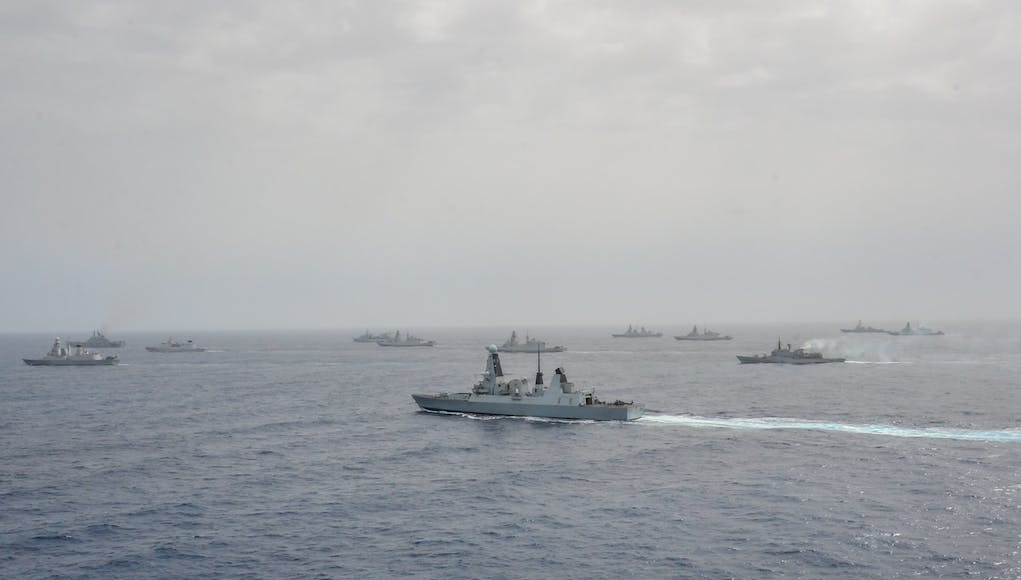 The Type 45 Destroyer spent two weeks off the coast of Italy, joining eight other countries and 57 ships, helicopters and aircraft in Exercise Mare Aperto, say the Royal Navy in a release.

“The Royal Navy ship conducted six anti-submarine and 11 air defence exercises in seven days before the participating units divided into opposing forces to test their abilities.

As one of the most capable air defence assets within the NATO group, Duncan was tasked with providing air and surface defences as the exercise moved through the Messina Straits which divide Sicily and mainland Italy.”

In the scenario, Italy and Sicily were allies while Sardinia played a hostile nation.

To retake control of the region, a major amphibious taskforce was deployed to Sardinia with the Italian ship San Guisto and Spanish ship Galicia landing two battalions of marines ashore.

Wonder if the QE and her escorts are going to join the massive RIMPAC biennial exercise held off Hawaii by the USN in the future. Now THAT would be a major contribution and a sight to see… USN and RN CSGs operating together with 40 – 50 other ships in the sail by photo ops.

If QE goes to RIMPAC it will be at the end of a journey following a cruise through the Med and Indian Ocean. Perhaps are return trip through panama for a circumnavigation of the world would be a good story for global Britain though.

How effective are the type 45’s as ASW assets? I thought i’d Read somewhere a while back they were noisy platforms, not very well suited to the ASW role…

It will be the embarked helo…. Esp if it has a merlin onboard….. Or maybe its the bait!! ?

A. Smith
Reply to  Andrew