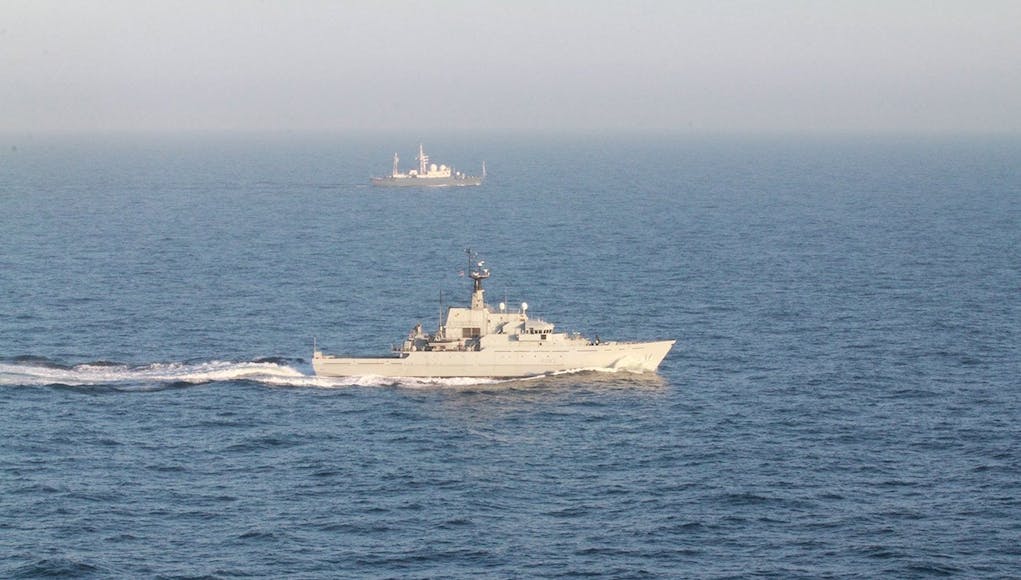 HMS Mersey escorted a number of Russian vessels in the English Channel over the bank holiday weekend.

The patrol vessel intercepted the intelligence ship Vasily Tatishchev, the depot ship PM82 in company with a Russian tug and the frigate Severomorsk.

“HMS Mersey was ready to respond within a matter of hours to this tasking. This is routine business for the Royal Navy, and HMS

Mersey herself is well-versed in this role with this being the fourth such operation in the last two months.”

HMS Mersey is a River class offshore patrol vessel, one of four in the Royal Navy. In January 2016, Mersey became the second River Class to be deployed to the Caribbean following on from her sister Severn in 2015. In May 2016, Mersey was dry docked in Martinique as part of her mid-deployment maintenance period.

By July, Mersey had been relieved by RFA Wave Knight and was deployed on migrant patrols in the Aegean via a port call in Gibraltar. Mersey returned to Portsmouth in February 2017 after 13 months away to resume her Fishery Protection duties.

“Royal Navy sailors on the Plymouth-based frigate keep watch on every movement of the ships, using state-of-the-art radars to track the course and speed of the ships as they pass close to the UK.”

“As one of the Royal Navy’s high readiness units, HMS Sutherland is required to escort warships that approach the UK and this task is considered routine business for us.

It is vitally important the Royal Navy demonstrates its presence and commitment to the integrity of UK territorial waters as we work around the clock to secure the seas of our island nation.” 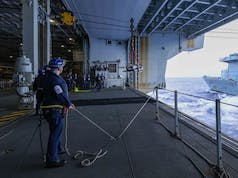 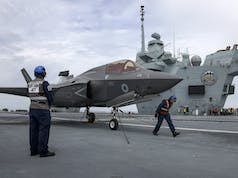 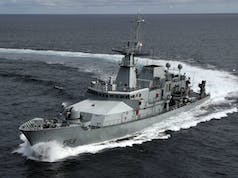 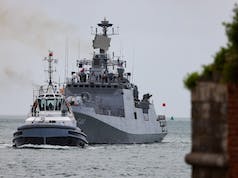 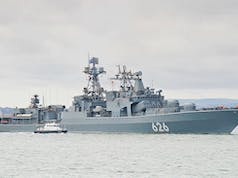 Hmm sending a patrol ship to escort warships is not a great image for the RN. By any chance did we not have an available warship to escort this group of Russian ships?
I think this demonstrates the complete lack of destroyers and frigate numbers in RN service. 19 ships is not enough.

A decade from now they will be deploying RHIBs.

A patrol boat will be a luxury

This highlight the need to forget about vague promises of increased numbers 20 years from now and instead spend of life extension of the current fleet. For sure older ships will start going out of service aka extended maintanence long before their replacement are in active service.

Or here is a better idea build a frigate or two every year starting right now until we are back upto 26 frigates and destroyers or ideally more. 26 is the minimum number the defence select committee deem is the minimum needed not the actual number required which is more like 30 ships of this class. Just takes a bit of commitment and some political will to get us out of this precarious mess.

Playing Devils Advocate I suppose I would argue that the chances of these encounters degenerating into actual conflict are as near to zero as one can get-it is really just about observing and showing the Flag.
Having said that though surely it would make sense to increase the value of these assets exponentially by arming them properly at a very small extra over cost?’
Crazy.

How embarrassing. The lack of interest in defence deterrence by nearly all politicians is truly stunning. Our political class play for facebook likes, not really defence needs. Hence the 30mm armed patrol vessel in the channel, no expediency over the Harpoon replacement and only two Phalanx CIWS on the new carriers (compare their self defence with a Nimitz) One saturation attack on the carriers and they will be the modern equivalents of the Prince of Wales and Repulse – sadly rusting at the bottom of the sea. Politicians like the shiny big items, not the day to day realities of… Read more » 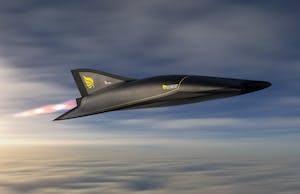 August 11, 2021
Hermeus has signed a $60 million U.S. Air Force partnership for the flight testing of its first Mach 5 aircraft – 'Quarterhorse'.