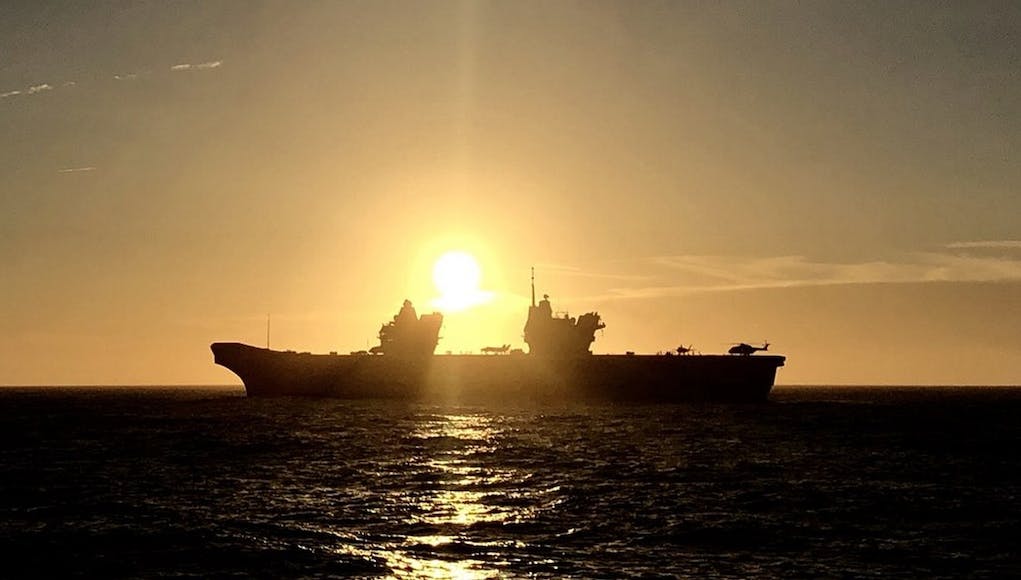 The crew of the aircraft carrier have practiced dealing with “a collision or grounding”, as part of operational sea training.

The carrier and her crew dealt with a number of challenges in order to pass operational sea training.

In a word, warfare.

We will be assessed in our ability to defend ourselves from air, surface and sub-surface attack.

Our Damage Control teams will also face their toughest test yet, an assessed F7, which translates to a collision or grounding.#OpsRoomCloseUp pic.twitter.com/DwBu1cmAIG

Recently, a Commando Wildcat from 847 Naval Air Squadron landed on the deck of HMS Queen Elizabeth for the first time, say the Royal Navy.

"If you're trained to fight the impossible, you can achieve everything in-between" TweetO #OST20.

And now we are. 15 secondary fires, 16 floods in different locations & 22 casualties simultaneously, an example scenario we achieved during this week's training.

Basic Sea Training has concluded successfully, according to the carrier on Twitter.

Going into final week of Basic Operational Sea Training like ?

Final inspection, which is a cataclysmic scenario! an assessed PHALANX firing & a night RAS to go.

The carrier will return to Portsmouth today to get ready for Exercise Crimson Ocean next week, where she will be put through her paces with her F-35 jets.

Sounds like they are working really hard and making impressive progress towards full operational capability. Well done, one and all!