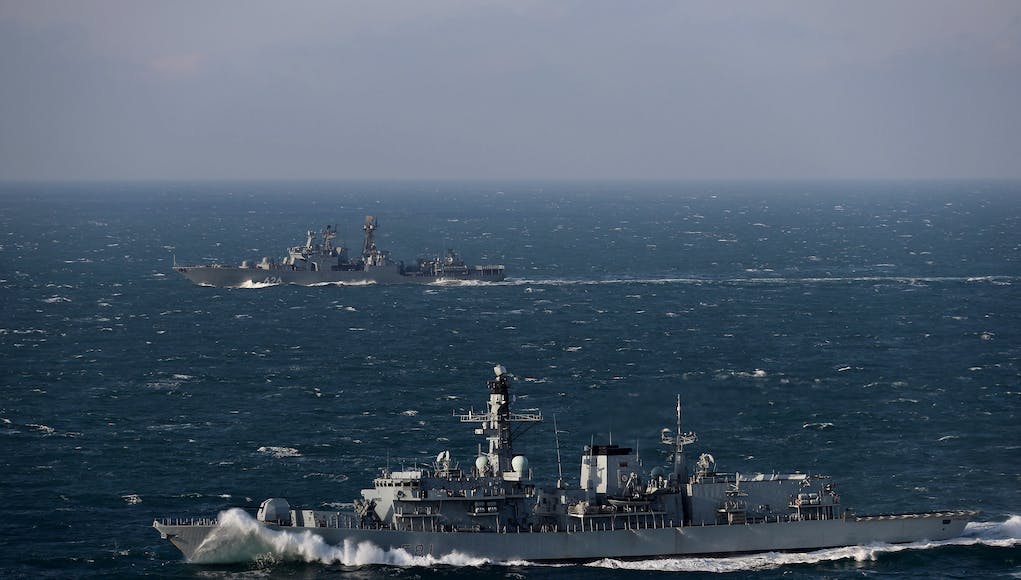 “The Vice Admiral Kulakov was until recently operating in the Eastern Mediterranean; she has been under escort by NATO warships during her return journey and has now entered the English Channel. In a routine example of the work conducted by the Royal Navy’s Fleet Ready Escort, Sutherland deployed from Devonport Naval Base in Plymouth early on Saturday morning (3 December) to a position at the western edge of the English Channel in good time to meet the Kulakov as she arrived in UK waters.

HMS Sutherland’s job, along with her NATO colleagues, is to keep a watchful eye on the Russian ship, providing reassurance to the nations that border the North Sea and English Channel. The frigate will also keep track of the Kulakov’s position and movements to the NATO Maritime Commander’s Headquarters on the outskirts of London.

Remaining at a respectful distance, but with the Russian warship clearly visible, the Royal Navy sailors keep watch on every movement through their binoculars and use state-of-the-art radars to track her course and speed.”

“This transit is being continually monitored through a coordinated response between the Royal Navy and our NATO partners. The transit of Russian ships from the Mediterranean to their northern ports is not unusual, but the Royal Navy is ready at all times to protect UK territorial waters.”

HMS Sutherland has been patrolling the seas around the UK since the summer, holding the duties of Fleet Ready Escort.

I think we should keep at least 6 type 23’s in reserve when the new batch takes over, they are good ships

Will
Reply to  drake

Not possible when the equipment is being removed from the hulls for use in the t26.

These days Destroyers don’t necessarily trump Frigates. Its typically down to each individual nation as what they call their type of ship. The Type 23’s are still a potent vessel design with the capacity to strike surface, sub-surface, air and land targets. HMS Sutherland could easily immobilise this Russian vessel.

And the other way around. In a war of attrition it’s the cost of the loss that decides who wins. So we should follow these ships with small patrol boats keeping open a video feed and occassionally overfly them with QRA Typhoons armed with ASMs. If they attack our patrol boat we sink their destroyer. Adding a third QRA to the RAF and a dozen RN Damen 4207s with 30mm + LMM and a UAV, would be better than a single RN standby frigate. 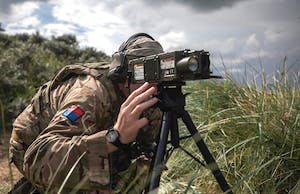