Torbay was originally scheduled to be decommissioned in 2015 and will be replaced by one of the new Astute-class submarines. On the 6th if June 2017 HMS Torbay was photographed Gibraltar Naval Base flying her paying-off pennant.

HMS Torbay is a Trafalgar class nuclear submarine and was launched in 1985.

It is the custom in many navies for a ship which is “paying off” to wear an extremely long commissioning pennant, which is normally at least the length of the ship, and the length of which reflects the length of service. The present usage in the Royal Navy has degenerated to using paying-off pennants only as part of a ship’s decommissioning ceremony.

The British nuclear powered #submarine HMS Torbay sails from #Gibraltar on her final voyage prior to decommissioning. Photo by @dparody pic.twitter.com/kmva8f9My7

In May 2011, she took part in Exercise Saxon Warrior in the Western Approaches. The exercise included the aircraft carrier USS George H.W. Bush, HMS Dauntless, HMS Westminster and a number of other vessels and culminated in a ‘Thursday War’ and later that year she entered a Revalidation and Assisted Maintenance Period at Devonport Royal Dockyard. This included communications upgrades with installation of the Cromwell radio antenna to enhance internal communications and the ship alongside upgrade, plus inspection of the hull and reactor, an overhaul of one of the reactor coolers and upgrades to many other systems.

Recently her replacement HMS Audacious was launched by BAE Systems at its site in Barrow-in-Furness, Cumbria.

Armed with Spearfish torpedoes and Tomahawk land attack missiles, the Astute class submarines are the most highly-capable submarines ever built for the Royal Navy. The nuclear attack submarine can hit targets up to 1,000km from the coast with pin-point accuracy and is equipped with a world-leading sonar capability and powered by a nuclear reactor.

The first three submarines in the class, HMS Astute, HMS Ambush and HMS Artful, are now in service with the final three Astute class submarines are at various stages of construction at the Barrow site.

“Audacious enters the water in a more advanced state of build than any previous Astute class submarine, which puts us in a good position for the next phase of work – the testing and commissioning of her complex systems.

Designing and building a nuclear-powered submarine is extremely challenging and today’s launch is yet another reminder of the unique skills required to deliver such complex programmes. We now look forward to working alongside Audacious’ crew to prepare her for sea trials, before she joins her sister submarines in service with the Royal Navy.”

“It’s an exciting moment to see Audacious enter the water for the first time ahead of trials. Such a feat of engineering is testament to the skills of the BAE Systems workforce in Barrow. As part of an increasingly capable Royal Navy, Audacious will go on to serve on operations right around the world, helping keep Britain safe.”

HMS Audacious will now begin the next phase of its test and commissioning programme ahead of leaving Barrow for sea trials next year.

Well, isn’t it true that eight boats could be deployed in extremis? Couldn’t Torbay be recommissioned and Audacious accelerated through her sea trials? This news doesn’t seem calamitous … Not when compared to the prospect of Jeremy Corbin becoming PM, anyway. If that happens, we may as well replace the Spearfish and Tomahawks with daffodils and tulips…

Nick-I hear if Corbyn does get in Astute Ambush and Artful are to be renamed Anxious Aimless and Apple Pie!

I agree Nick. When we’ve had an MPA gap since the last Nimrod and are looking at an anti-ship-missile gap of goodness knows how long after Harpoon goes this slight glitch in the numbers as we transition from Trafalgar class to Astute class doesn’t seem to be any big deal. Not that TD’s article is trying to make out that it is though, it’s not a sensationalist newspaper – just keeping us informed. I find it hard to imagine that any of the paid off Trafalgars could be bought back into service even in extremis. I thought they have been… Read more »

I did think this was going to happen. The construction of the astute class boats is so lethargic and slow that the removing from service is faster than the commissioning. The reduction of the Astute order to just 7 boats means we are likely to only have 6 attack submarines in service from now until 2023 I think when the final astute enters service. Why can we not accelerate the programme and use the saving in schedules to order an 8th and 9th astute class before or consecutively building the new dreadnought class. an 8th and 9th Astute class is… Read more »

Julian
Reply to  Mr J B

“we are likely to only have 6 attack submarines in service from now until 2023”. The 7th sub (4th Astute – HMS Audacious) is already in the water. Based on the previous Astute (Artful) she should be commissioned in about Feb next year. The Trafalgars are being paid off at 2 year intervals so the next one will probably go in 2019 hence I think the assertion that we will be down to 6 SSN until 2023 is wrong. What we will actually see is the number of in-service SSNs bouncing between 6 and 7 as each remaining Trafalgar gets… Read more »

Is it totally beyond the capability of the United Kingdom to build a dry dock with overhead crane and a building over the top to progressively dismantle these old Subs (and other naval ships)? The infrastructure investment would be minimal (and I suspect there will be most of it available out of use in some yard somewhere) and the employment and recycling that would follow would all create economic payback. These subs belong to us taxpayers and we should be maximising the return of whatever value is left in them. Even if we broke even the additional employment, training and… Read more »

I thought one of the problems was that defence planners miscalculated massively the return of Russia to the stage and have had to watch as sanctions have been brushed off. On top of which, the emergence of China as a massive threat to SLOCs means the US must re-orientate much faster away from Europe. How many times have we read or heard that our allies will take up the slack from both Pollies and Forces? However, the cherry on the pie is that we can not OR will not, afford the servicepeople who man our vessels, hence any talk of… Read more » 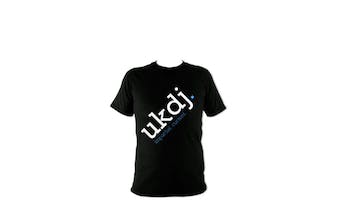 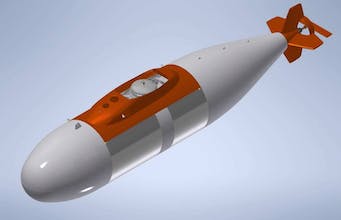