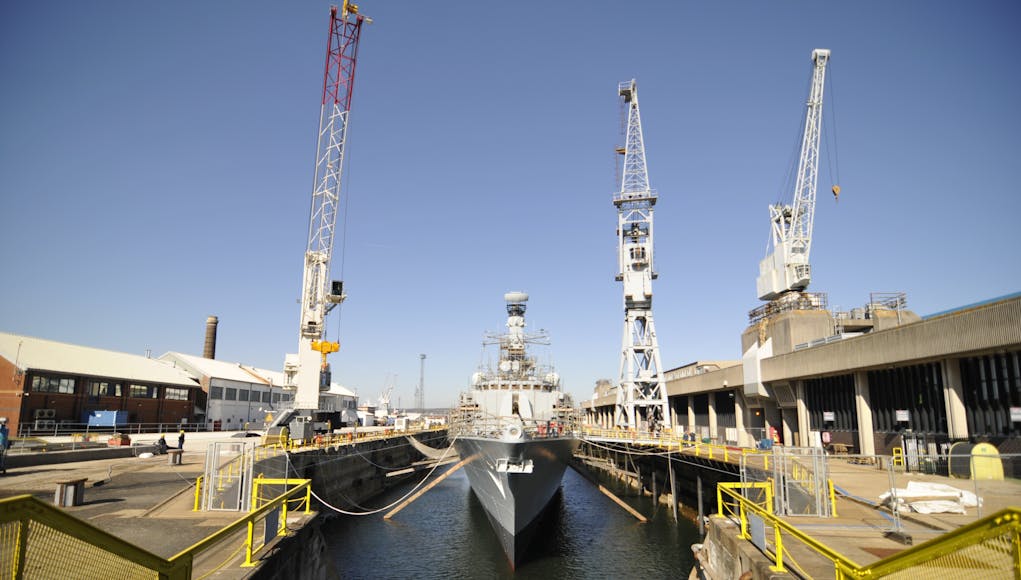 Now the most powerful and advanced frigate in the fleet, HMS Westminster is due to be handed back to the Royal Navy next spring.

The Type 23 Frigate the first ship to receive the Sea Ceptor missile system, which is also being installed on sister ships Argyll and Montrose during their refits in Devonport.

In addition the Artisan radar, which is rapidly becoming prevalent on the Type 23s, can track more than 800 objects simultaneously as close as 200 metres and as far away as 200,000m.

“HMS Westminster is emerging from an extended refit period as one of the most capable surface ships in the Royal Navy.

She has benefited from a number of significant upgrades many of which the Royal Navy will invest in the future Type 26 Frigate. The partnership with BAE Systems throughout this period has been excellent, for which I thank all of the team.” 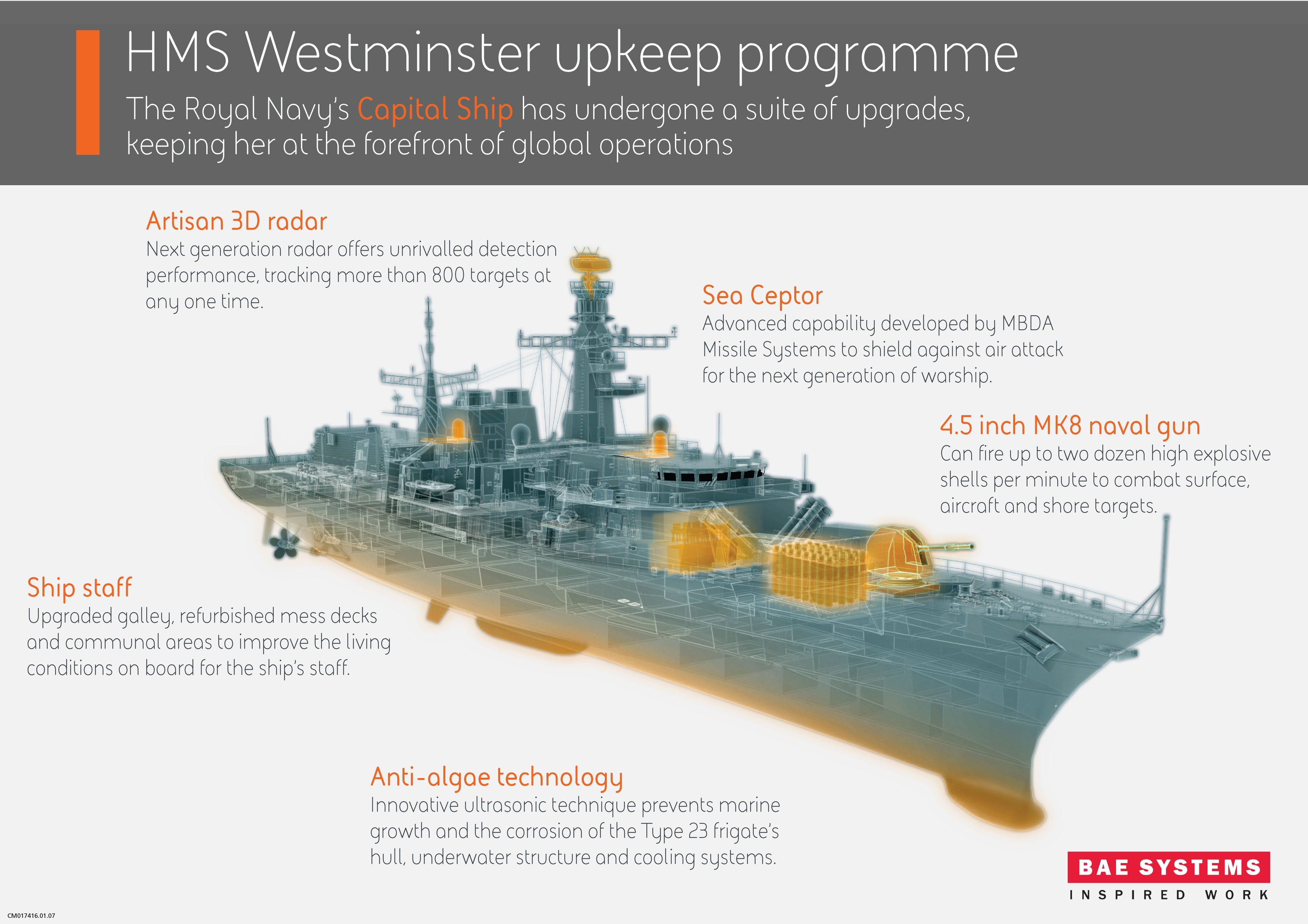 We are continuing to deliver support to more than half of the Royal Navy’s surface fleet. This includes technical services, training solutions and modernisation programmes, as well as maintenance, repair and upgrades to ships and equipment.

Our attention will now focus on returning to the fleet as an operational warship next year.”

In my ignorance I didn’t know that the Type 23s are being fitted with Sea Ceptor, so thanks for keeping me informed George!

The plan ultimately is to cross-deck the Sea Ceptor and Artisan radars over to the T26s when those eventually get built. I suppose now with the mixed T26/T31 plan some T23 Sea Ceptor will cross deck to the 8 T26s and the rest to T31s as the T23s are withdrawn from service. Same for the radars.

Thanks for the info Julian, I had no idea that was the plan.

Good stuff. I hadn’t realised this would be happening so soon.

Needs fitting onto the carriers as well

I read in the past that the Artisan radar tracks and illuminates targets for the Sea Ceptor missile, obviating the need for guidance from dedicated trackers. In the picture above there appears to be trackers to guide the missiles, is this the case? Anyway this appears to be very good news for the RN.

If plans pan out – nothing guaranteed – the T23 will be the ‘field test units’ for the ARTISAN radar (type 997), Sonar 2050 and 2087 plus Sea Ceptor. These will be cross decked to T26 during fitting out. Forecast planning by the MOD indicates only 8 T23 will receive the upgrade of both ARTISAN and Sea Ceptor. Sonar 2050 and 2087 have been fielded for quite some time, the emphasis nowadays is improving the software, so they will still be potent sensors.