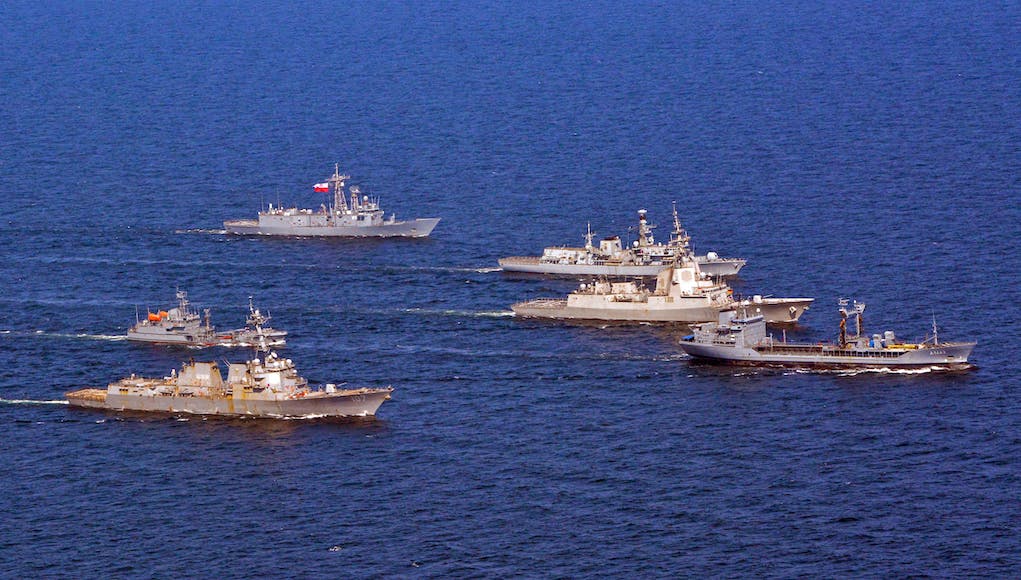 HMS Westminster is approaching the half-way point of a six-month mission to keep the Baltic secure with NATO.

The Royal Navy say in a release that the frigate is spending the bulk of the spring and summer as part of a task group charged with ‘keeping the waters safe and being ready at the drop of a hat to respond to any major incident – anything from disaster relief through to conflict’.

The ship met up with the force in time for the first Joint Warrior exercise of 2019. Since then, say NATO, the group has focused the bulk of its time in the Baltic, linking up with that sea’s numerous navies.

Crikey that looks like a very Rusty and hard worked Burke in that picture.

Lol, it looks like crap! I take it sailors don’t paint ships outside anymore!

To the layman like me that is quite eye opening.

Maybe she has been deployed for some time?

I can imagine our press if they saw one of our ships leaving Devonport or Portsmouth looking like that.

Something tells me they would have a day in a field.

Though it’s not a patch on Hermes after the Falklands!

More evidence that paintball guns armed with grey paint are needed for those ‘hard to reach’ spots. HMS Westminster looks fine, though. The Type 23’s are well cared for.

It was pink paint I recall….?

Aye, but grey would be useful for covering up the rust holes when you’re not dealing with incursions!

Yeah and all are going through major refit work and upgrades. Nice shipss the type 23s, not sure what it’s like to serve on one though, weren’t they called the Skoda class at one time? Skoda always had a bad name.

I wish we could bring Hermes home! I also wish the campaign to save her for the nation got more support!!

Nope… Painting ships involves a lot more than slapping on top coat grey. 3 or 5 coat paint systems are common place. You need to prep the steel before you start and ithe paint needs to go on when the temp and humidity are correct.
Get it wrong and the system fails and it looks carp as it does in the photo.

This reminds me of your EPIC post on the myriad combinations and endless types of paint months back.

Ahh… How the warm winter nights fly by… 🙂

Aware of that, just having a laugh!

In a different theater of ops HMS Montrose now looks very nice and shiny in the Gulf. After her trip to BHR the longway around she needed some TLC so equipment maintenance and defect rectification is finished… A new lick of paint where it was needed and she is ready to go.

British Armed Forces to get £2.2bn of additional funding