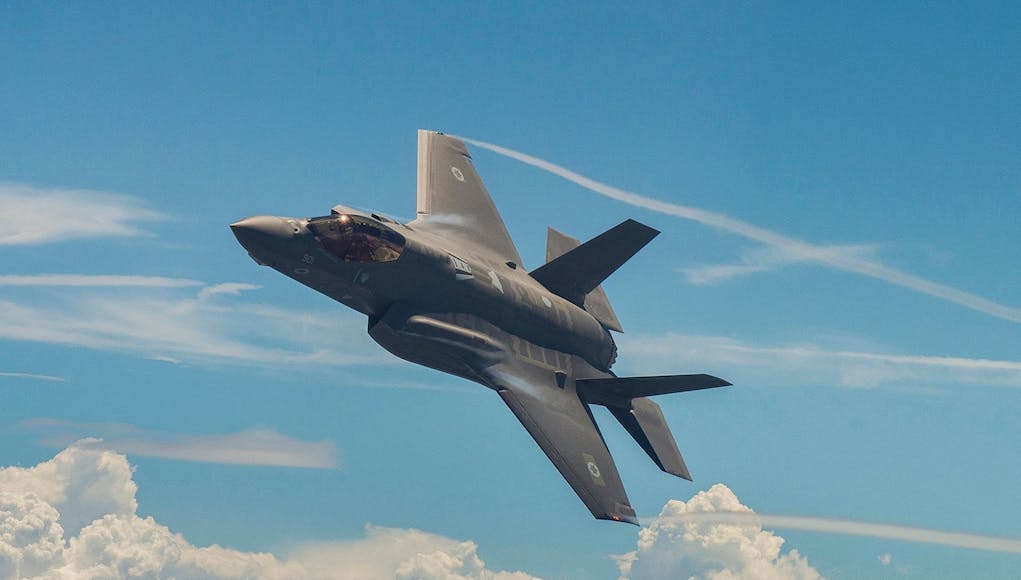 The declaration marks the completion of an intensive integration and training effort conducted by the IAF with nine assigned F-35I “Adir” (“mighty one” in Hebrew) aircraft at Nevatim AFB, Israel.

The Israeli Air Force also say that the IOC declaration also ‘verifies the IAF possesses the ability to not only operate the IAF fleet in performance of IAF missions, but also to train IAF pilots and maintainers, and support operations through a robust logistics footprint and support system’.

“In October 2010, Israel signed a letter of agreement through the United States government’s Foreign Military Sales process to become the first country to select the F-35A Conventional Take Off and Landing variant and today they are the first nation outside the United States to declare initial operational capability,” said Vice Admiral Mat Winter, Programme Executive Officer.

“The F-35 Adir strengthens our solid relationship with the Government of Israel and the Israeli Air Force. The government and industry team will continue to deliver on our commitments and congratulate the IAF on achieving this significant milestone.”

“The entire F-35 team congratulates the Israeli Defense Forces on achieving this critical milestone,” said Jeff Babione, Lockheed Martin Executive Vice President and General Manager for the F-35 program. “We thank the people of Israel for placing their confidence in the F-35 to preserve and strengthen Israel’s defense for decades to come.”

As someone rightly corrected me recently, Marham has 2 HAS complex, not 3 or 4 as I thought. ( Had to re check on GE )
If we eventually plan up to 4 Squadrons on the type surely they all need HAS space with the cost of the aircraft.
That £500 does not seem to include extra HAS sites.

how come every other country on the planet is receiving f 35′ israel,australia,japan,norway, while we the only level 1 partner have to wait

We are receiving the F35. We are buying them at a slow pace like most other countries.

to me this slow pace of acquisition actually seems vaguely sensible, as the later we wait, the cheaper they’re becoming, and also are less likely to need costly retrofits for any new defects that may be discovered. which we would no doubt have to pay extra for getting them fixed.

A good point you make about running in time and development upgrades. There is also another and more worrying message, the cost! I truly believe this is the last fighter to be built in the West as the unit cost is so prohibitive, even for wealthy countries who are struggling to buy a meaningful number of airframes. Unless future technology can allow for cheaper airframes plus increased fleet numbers, manned aircraft will become a thing of the past. Remote drones are the only way forward based on today’s know-how (and costs) and this is where nations should be placing their… Read more »

Because we aren’t, we’re just handling the rollout differently. I don’t know how up to date Wikipedia is but according to its numbers we have more F-35 delivered than Israel, it’s just that all of ours are still in the USA being used for test and training there. All but 2 or 3 will get to the U.K. eventually. Also, I doubt any/most of the Israeli ones were really bought by Israel. I used to sell high end software to many military and intelligence services around the world including Israel. I was told by a senior Israeli official quite early… Read more »

It is not a race Andy.

We aren’t waiting deliveries are being made as we speak .
Why are people incapable of understanding that, it isn’t difficult.
By the way here is just one of the things being a tier one partner buys you.
http://www.lancashiretelegraph.co.uk/NEWS/14619732.Work_begins_on_expanding_part_of_BAE_Systems____factory_at_Samlesbury/

Because we couldn’t make our minds up on what we wanted.

People this is what a special relationship looks like.

David – One where country A gives Country B $3 Bn a year in cash which Country B then uses to buy Country A’s aircraft?

Looks more like back door US Government subsidies to Lockheed Martin……

We already have more than a squadron’s worth (14 I think by the end of this year).

They are perfectly timed for their role on the carriers.

Both the carriers and the F-35s are behind original schedule but happily coincide on this occasion. Was that a little lucky – sure, but given everything else we’ll take the luck.