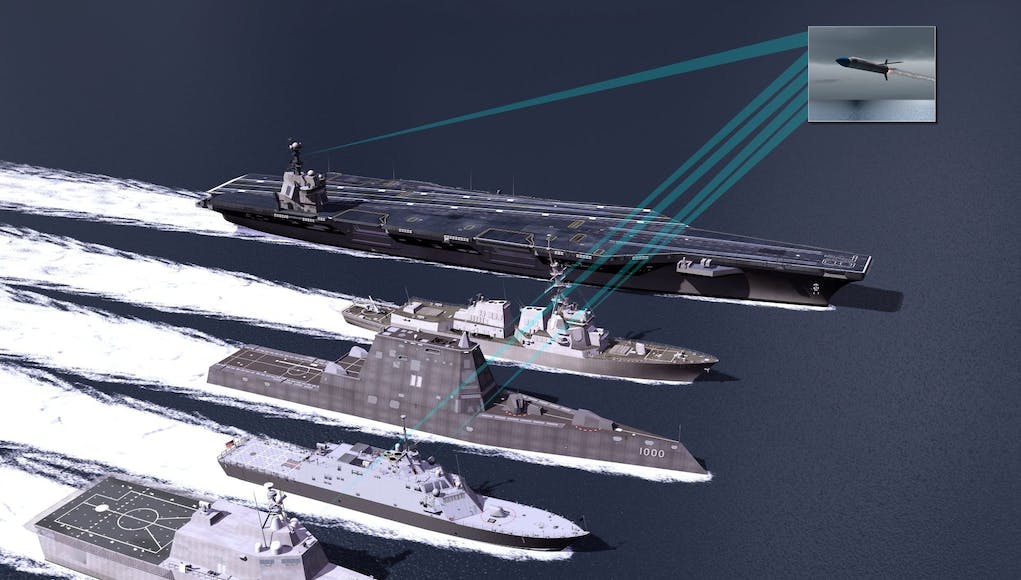 The US Navy has awarded the company an initial $148.9m contract for full rate production of Surface Electronic Warfare Improvement Program Block 2 systems

Included in the deal is four additional option years to upgrade the fleets electronic warfare capabilities.

Under this full-rate production contract, Lockheed Martin will reportedly provide additional systems to upgrade the AN/SLQ-32 systems on US aircraft carriers, cruisers, destroyers and other warships with ‘key capabilities to determine if the electronic sensors of potential foes are tracking the ship’.

“The SEWIP Block 2 System is critically important to the Navy’s operation, and we are proud to continue to provide this capability to the warfighter.

Threats are becoming increasingly sophisticated. Our electronic warfare systems give the warfighter information to enable a response before the adversary even knows we’re there.”

According to the company, the system is the first sensor to be fully compliant with the Navy’s Product Line Architecture strategy, which facilitates the rapid introduction of new technology into the fleet.

“Block 2 is the latest deployed improvement in an evolutionary succession of blocks the Navy is pursuing for its shipboard electronic warfare system, which will incrementally add new defensive technologies and functional capabilities.

Work will be performed at the company’s Syracuse, New York facility.

Is Australia likely to go down the route of T-26 or CAMM with the new developments?

Hope so! Might reduce unit price and allow RN to get more than 8 ships.