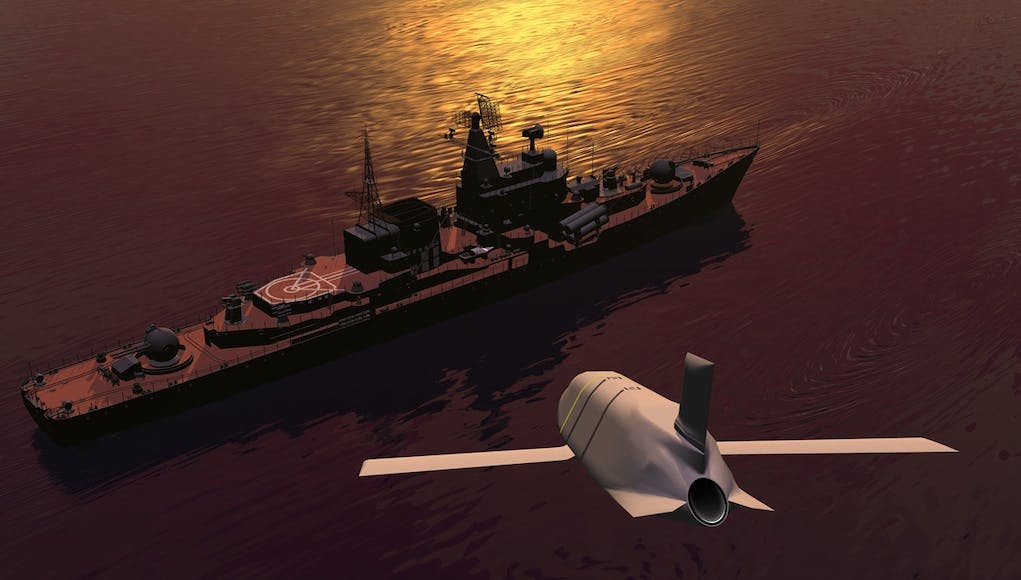 The Long Range Anti-Ship Missile (LRASM) is a stealthy anti-ship cruise missile and is intended as a replacement for the Harpoon, which has been in service since 1977. The Type 26 will feature a MK 41 VLS positioned behind the Sea Ceptor silos. It is expected to host a yet unannounced anti-ship missile, lending to speculation that LRASM is a contender.

Unlike current anti-ship missiles the LRASM is expected to be capable of conducting autonomous targeting, relying on on-board targeting systems to independently acquire the target without the presence of prior, precision intelligence, or supporting services like Global Positioning Satellite navigation and data-links. These capabilities will enable positive target identification, precision engagement of moving ships and establishing of initial target cueing in extremely hostile environment. The missile will be designed with counter-countermeasures to evade hostile active defense systems

This comes as it has emerged that the Royal Navy will lose its anti-ship missile capability in 2018 when the Harpoon missile is withdrawn.

While the fleet will still have an anti-ship capability via the submarine fleet and embarked helicopters, this will still be a significant capability gap.

Harpoon missiles are unlikely to be replaced for up to a decade.

Some in the industry have proposed increasing the LRASM’s capabilities to serve dual functions as a ship-based land attack weapon in addition to anti-ship roles.

We’ve just literally signed an agreement today with the french for MBDA to develop a new anti-ship missile to replace the RN’s Harpoons and the FN’s exocets and apparently the stormshadow/SCALP missiles of both countries. They launched the project last year apparently. I’ve seen the name FMAN-FMC used on a french site (« futur missile antinavire/futur missile de croisière », which gives Future Anti-Ship, Future Cruise Missile). Apparently the deal will be finalised by march next year.

Yeah but that’s a way off. This is a planned step on the UK complex weapons program (SPEAR) that has been in place for ages. This is the final weapon (“capability 5”) and I believe that what was just signed is the go ahead for a 3 year concept study so we are way, way off having a deployable weapon. One of the objectives is to replace Storm Shadow that goes out of service in about 2030 so that gives some idea of timescales. We still need an interim solution with LRASM or NSM probably the front runners although with… Read more »

Yeah, obviously I agree that it won’t be ready for a while, but my comment was more to do with Lockheed Martin pitching their product on the very same day as we commit to a new home-grown (-ish) design.

The fact that we are ready to let our services go without kit that would be considered essential anywhere else for potentially a decade (as we did after scrapping Nimrod, like you say) is an utter disgrace and an embarrassment.

Got it re timescales & agree with the rest of what you say. Still, maybe there is one silver lining. Spear 2 (Brimstone 2) is a great missile. Spear 3 looks as if it’s going to be even better. Spear 4 is just Storm Shadow refresh so who knows but just maybe, if Spear 5 turns out as well as it looks as if Spear 3 will, we might at least get a truly world-beating missile after the very long wait. I’m still worried about the capability gap but maybe the light at the end of the tunnel will be… Read more »

What is going to happen about the Type 45 I think they are fitted for but not with Harpoon , If we go with LRASM they will have to go into cells can the paams system accomodate these missiles or the NSM. Cannot believe that we spent 1 billion on these ships knowing that Harpoon is on the way out IF We cannot update this missile easily

The fact is we spent 1 billion on each T45 and then failed to arm them properly. As far as I’m aware, four of the six destroyers are fitted with Harpoon but only because they were spare after decommissioning other ships

Harpoon Block II+ should be ready for production by 2021. This is my bet as changing to a different system would be colossally expensive and it could be fitted to the P-8 and carried on hard-points by the F-35B as well as Typhoon.

Seems to me things will start to become much better for the UK armed forces through the 2020’s. The UK armed forces are still suffering from the aftermath of the savage defence cuts, but things certainly do look more rosy next decade. Unfortunately we will have to carry on being very patient mean time. eek

Sure…. maybe…. though the VL-variant won’t be around for nearly a decade.

And sadly there will be no canister launched version of the LRASM.

Personally I think the Norwegian Naval Strike Missile offers the better choice. The NSM is modern (the most modern in the NATO fleet), available immediately from a close and reliable country, and would fill the gap perfectly even if the missile proposed may replace it longer term (let us face reality, at least a decade). As Raytheon has demonstrated on the LCS for the USN, it fits on deck mounted canisters very similar to Harpoon, so should prove a relatively easy fit on both Type 23 and Type 45, and the canisters on the Fridtjof Nansen-class frigate, while positioned differently… Read more »

I believe the LM LRASM will be able to be deployed in the MK 41 VLS system and could be fitted on the Type 26 for both Australia and if Canada selects the LM/BAE Type 26 as well. Not sure of the British Type 26 but in my opinion, would be a good fit for all.