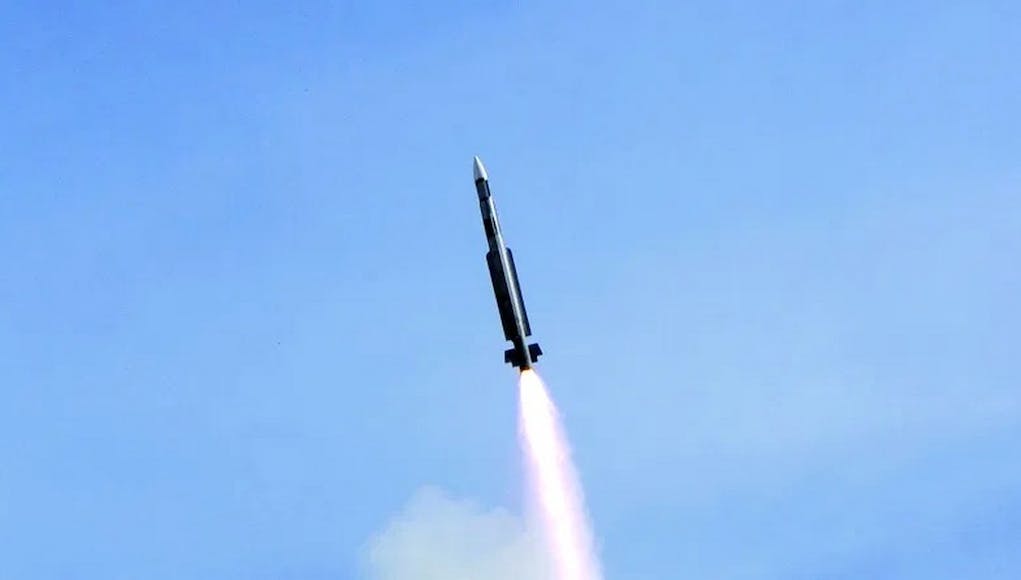 MBDA have announced the commercial launch of its new VL MICA NG air defence system at the Euronaval-Online exhibition.

The VL MICA NG system is based on the integration into the existing VL MICA system of the MICA NG (New Generation) anti-air missile, which began development in 2018 primarily to equip France’s Rafale combat aircraft.

“After two years of development on the New Generation MICA missile, we have acquired a deep understanding of the performance of this brand new air-to-air missile which allows us, in full confidence, to market its integration into VL MICA ground-to-air or surface-to-air defence systems. The total compatibility between the two generations of missile will allow armed forces to combine them with their existing systems, thus maximizing their return on investments.” 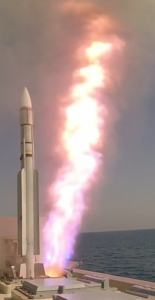 Additionally, it will be able to intercept at longer distances the ‘conventional’ targets (aircraft, helicopters, cruise missiles and anti-ship missiles) already addressed by the current VL MICA system.

The dimensions of the MICA NG munition remain unchanged, allowing it to be integrated into existing VL MICA launchers say the manufacturers.

“The existing missile data link mechanisms are compatible with the increased kinematic performance of the missiles, enabling current VL MICA systems to be upgraded to VL MICA NG standard by simple software updates.”

Looks good. Are they expensive?

When CAAM, Asraam and Mica are developed by Mbda is there a lot of cross over for internals or are they kept completely seperate as one is UK led the other is French? How does Mbda decide which one to market for export or is it up to national governments to sell them.

Do the French even use Mica VL or is it only in use on the ships they sold to Egypt and Malaysia.

I’ve often thought the same. If is as if the various sectors of mbda are competing with each other for he same market. Classic example is the British camm land system and the Italian‘S camm-er land system. Surely these could have been developed together.

it is not just anti-air missiles, the issue is he same for anti-ship

It totally defeated the purpose of setting up Mbda in the first place.
I forgot about their duplicate anti ship missiles too. Is Storm Shadow and Taurus another duplicate Mbda product. The whole point was countries would specialise in each product but the governments don’t trust each other to buy each others missiles which is why we get these dupes and also why not other European country has purchased Brimstone. If they don’t produce it locally they won’t buy it regardless if they have a capability gap.

I do not see why R&D cannot be centralised (but evenly split), but there be national factories for production.

Storm Shadow was a Matra and British Aerospace project used by France and UK. Most future weapon systems will be bought by France and UK and possibly Italy as they are the three largest shareholders

Most of the products to which you refer are legacy products that were developed prior to the merger to create MBDA. It makes sense for MBDA to squeeze all of the value out of these ‘free’ products before embarking on replacements.

It has been quite a mess over the last few years, although I think we can avoid being too critical when we consider how good the missiles are that we’ve got out of MBDA. That said, I think that this has been noted within MBDA and the respective governments (French and British, at least) too; I read that now MBDA will split “centres of excellence” for different components between the countries. The UK gets actuators, data links and warheads, France gets INS and other stuff. It’s a global licence, so it guarantees british workshare on French projects and vice versa,… Read more »

Thanks Joe for update. Hope this all works out.

I wonder why the discussion is just between France and the U.K., but excludes the Italians.

Good question, I believe it was part of the outcome of all that Lancaster House stuff?
It could just be that Italy doesn’t have a major share of the MBDA stuff anyway. I believe that Aster missiles are pretty much 100% French manufacture (I know they aren’t MBDA as such, but it’s still a missile project between the same partners); CAMM-ER just adds an extra rocket booster which changes a bit of the shell, all the expensive guidance and warhead gubbins is the same.

Any news on how Perseus antiship cruise missile is progressing?

A. Smith
Reply to  Lordtemplar

This is where we work with the French, hand over technology and knowhow and all of a sudden, the French cancel the missile project and build their own missiles with our technology.

Yeah from memory we have two different requirements. 1 wants long range and stealth, the other wants hyper sonic which will cut range. Not sure if either of us can afford both. Hyper sonic make sense against a ship when they are better equipped to counter missiles. For land targets you really need range.

Just buy CAMM and get a superior system at a lower price.

Yes but I really cannot see MBDA really pushing British missiles over French ones no matter the capabilities, like it or not the real ‘political’ power at the company is French since Bae sold off their interest to spend big in America where the IP ironically is completely cut off from them other than in producing profit. However I really can’t see our technology not going into French (or US for that matter) intellectual property vaults so that one wonders over time if the UK side will start to whither on the vine more and more relying on UK Govt… Read more »

I had a look up on wiki, the Mica VL has been very successful on the export market. Which I was surprised at. Much more successful than the air to air launched varient. If CAAM is cheaper I would like to think it would clean up any future customers. The cold launch feature is aassive advantage in terms of cost save and flexibility.

BAE Systems & Airbus both own 37.5% stake each in mbda with Leonardo the remaining 25%

Interesting, remember when BAE owned 20% of airbus, that must have given them close to a 45% stake in MBDA.

I wonder if they would consider reinvesting in airbus, not that they have the money but its a good time to pick up shares. Its still double what they where sold for back in 2006 which is shocking considering how hard Airlines have been hit by covid. The chief executive that made that decision likely pocketed a huge bonus that year off that back of the sale while whipping out billions in long term value at the same time.

It was Leonardo who were looking to sell their stake to BAE, which was going to piss the French off. Looks to be in abeyance at the moment.

From what I understand, there are new agreements in place to sort of prevent that kind of thing now. The UK and France have designated “centres of excellence” for different elements of missile tech, with guaranteed workshare for any new missile system developed regardless of the country that commissioned it.
At which point, it would be up to the UK government to ensure that they support and back up our domestic industry with the same energy and enthusiasm that the French do…
https://www.ft.com/content/bb65b6de-aa52-11e6-809d-c9f98a0cf216

Never trust the French in business. I learnt this at an early age. We had a large family business with a history which originated in France. We did as little business with the ‘old country as possible. We knew what to expect from the inside. They would always break agreements to gain the advantage and the better of the deal.

It’s an ominously long time since I heard any update on the introduction of Land Ceptor.

ETH
Reply to  Bloke down the pub

Hopefully after the Armenia-Azerbaijan conflict someone in the British Army will realise ground based SAMs need to be taken seriously.

Surely there’s a Gold Plated opportunity in a System that can reliably and Cheaply Combat Drones.

The Oerlikon Skyshield 35mm comes to mind to combat small, swarming drones in large numbers. Has better range than a Phalanx/C-RAM. For larger drones more CAMM/CAMM-ER batteries than what is planned will be needed. If not a procurement of ground based Aster.