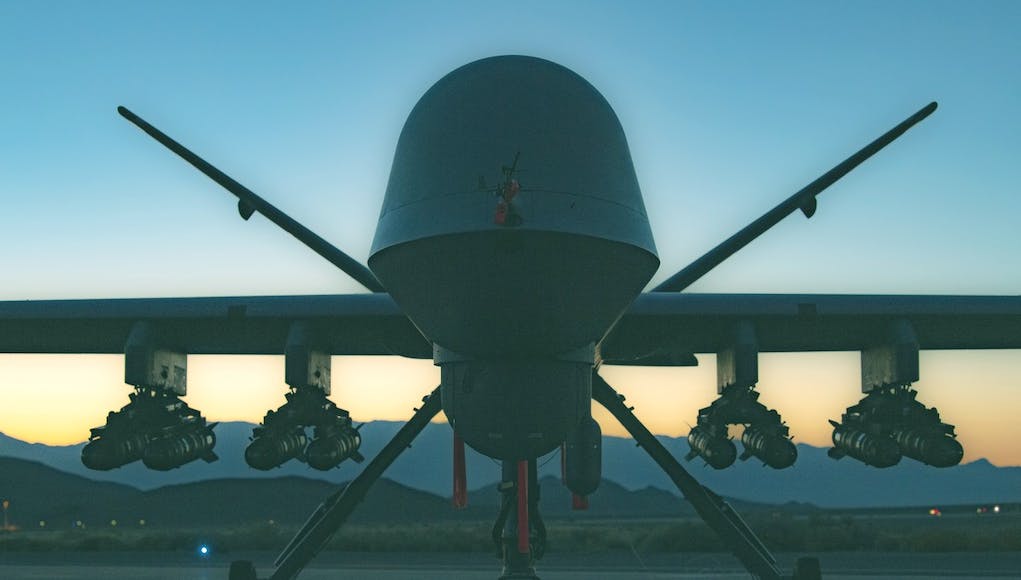 The U.S. Air Force say that this new capability is part of the MQ-9 Operational Flight Program 2409, a software upgrade set to field by the end of calendar year 2020. Previous to this software, the MQ-9 was limited to four AGM-114s across two stations.

The new software allows flexibility to load the Hellfire on stations that previously were reserved for 500-pound class bombs or fuel tanks.

“The hardware/launcher is the same that we use on the outboard stations,” said Master Sgt. Melvin French, test system configuration manager in a U.S. Air Force news release.

“Aside from the extra hardware required to be on hand, no other changes are required to support this new capability and added lethality. The Reaper retains its flexibility to fly 500-pound bombs on any of these stations, instead of the AGM‑114s, when mission requirements dictate.”

The new capability stems from a combined requirements process between Air Combat Command and Air Force Special Operations Command that sets the scope for each MQ-9 OFP update, according to the U.S. Air Force.

“Doubling the firepower of this high-endurance aircraft with Hellfires improves the lethality and agility of the MQ-9 over many combat roles, with an arsenal of highly versatile, accurate, and collateral-friendly weapons for all combatant commanders”

While the United Kingdom also operate this aircraft, it is unlikely that the UK will opt for this upgrade as it begins to replace its Reaper fleet with Protector.

I’d much rather have 4 x 3 clusters of Brimstone. 12 of those would cause a serious headache.

Won’t Protector have a payload of up to 18 Brimstone?

Not sure but 18 divided between the 4 pylons doesn’t seem to work out right?

Protector RG.1 has up to 6 pylons. Possible max payloads being either 18 Brimstone or 12 Brimstone and 2 Paveway IV.

UAVs never fly with a full weapons load in real world operations. You have to consider other things like fuel, loiter time, distance to target, ect. More weapons means less of those things.

Do they ever test firing all of them at once?
I’m unsure if that’ll ever be needed but it’d be rather impressive to see.

Using a hellfire on someone for not wearing a mask in Tesco’s seems a tad excessive but hey, if people don’t get the message then maybe it’s time for slightly stronger measures.

I wonder how many of these will fit 🤣

I wonder how many generations it will take before they have the lift capability to carry a reasonable radar. With beyond visual range being the focus in air-to-air combat, it would seem logical that sooner or later a drone will be armed with air-to-air missiles in a defensive capability (lack speed to do offensive).

With close to 24 hour operating windows, they could be used off carriers to provide the defensive capability and free up the F35s for offensive duties.