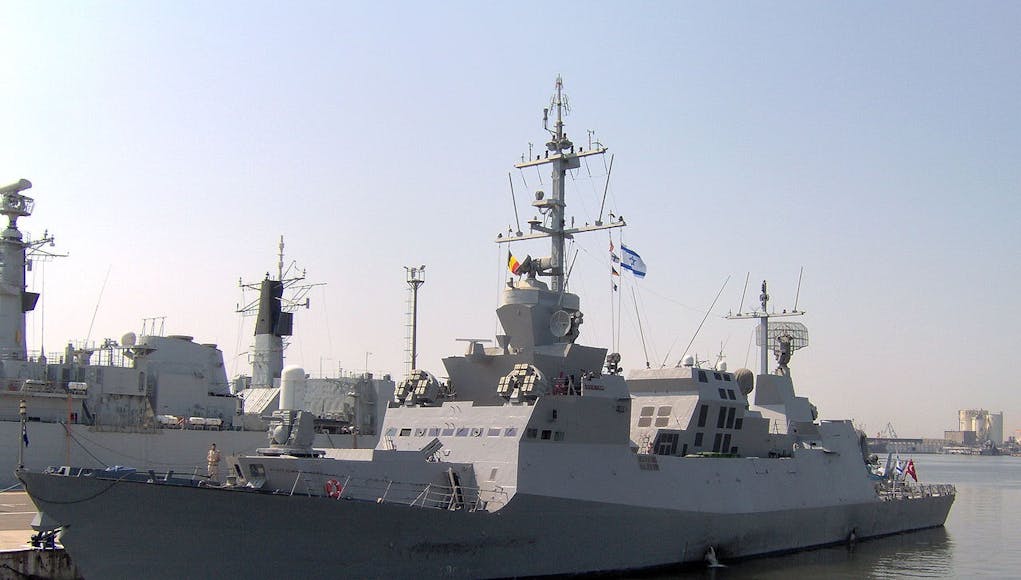 Share
Facebook
Twitter
Pinterest
WhatsApp
Email
The flagship for the current NATO Operation Sea Guardian Focused Security Patrol, Greek frigate HS Navarinon, has conducted a medical response exercise with Israeli Navy corvette INS Eilat.
The exercise, dubbed “MEDEX Crystal Sea” by the alliance, is designed to develop the medical support around the Mediterranean Sea for Operation Sea Guardian to ensure that any health issue among the crews on board military ships participating in Operation Sea Guardian can be addressed quickly and at the level of care required.
“The exercise is a stepping stone for Operation Sea Guardian as it is the first exercise conducted with a NATO Partner Nation. Israel’s support of, and participation in this exercise helps to build additional medical interoperability in the southern part of the Eastern Mediterranean.
Israel is a very active partner of the Alliance as a member of NATO’s Mediterranean Dialogue, established in December 1994. MEDEX Crystal Sea is a concrete example of the increasing and deepening relationship between NATO and Israel.”
In the exercise, a simulated fire on board HS Navarinon generated a need to provide immediate first aid and stabilization to three injured sailors then transport them to the INS Eilat which has the capability to conduct surgery aboard. On board INS Eilat the patients were received, evaluated and treated according to their injuries.

Those Sa’ar V corvettes are nice ships. Frigates on a short hull that outgun a good percentage of full sized counterparts. The USN really should have taken a good look at an ER version of these. Especially since they were BUILT in the U.S.

Yes they certainly cram a lot into a small Hull,a trend that will continue with the Sa’ar 6 Ships.Im curious what the Launchers on top of the Bridge are for ?.

Off topic, but I just read the SBS took over a ship that had been seized by people trying to get into the UK. Off the SE coast. Looking for confirmation.