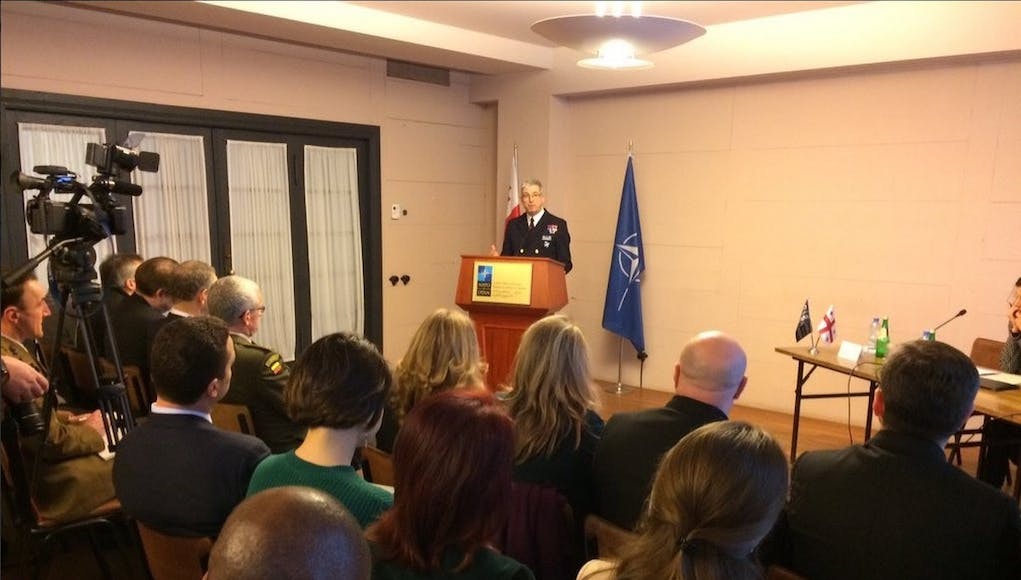 Share
Facebook
Twitter
Pinterest
WhatsApp
Email
NATO Maritime Command Commander, Vice Admiral Sir Clive C. C. Johnstone of the Royal Navy, visited Georgia.
Johnstone was in the country for talks with key maritime leadership and discussions about maritime security in the Black Sea, say NATO.
Vice Admiral Johnstone met with the Minister of Internal Affairs and the Head of the Border Police and Chief of the Coast Guard during a visit to the Georgian capital Tbilisi.
The officials spoke about the concrete steps taken so far at the operational and tactical level that have increased interoperability between NATO and Georgian maritime forces.
“The Black Sea is a pivotal and important part of the NATO area of responsibility. Georgia is a fantastic partner in maintaining a steady calmness in and enhancing prosperity in the region,” said Vice Admiral Johnstone.
“My visit has been very productive as I have been able to talk to many experts here to better understand what is really going on in the Black Sea and Georgia’s contribution to Black Sea security.”
According to a release, in addition to these discussions, Vice Admiral Johnstone gave a lecture on MARCOM’s Role in NATO and Maritime Presence followed by a panel discussion which also included the Head of the NATO Liaison Office in Tbilisi, Ms. Rosaria Puglisi, the Head of the Georgian Border Police Mr. Temur Kekelidze and the Polish Ambassador, H.E. Mariusz Maszkiewicz, whose embassy is currently serving as the Contact Point Embassy for NATO in Georgia.

Scenes here if an admiral of the Russian navy held talks in Ireland!

Will Georgia be joining NATO possibly?

That plan has been put forward several times Daniele

I will leave it there I think I will end up accused of Trolldom again.

I am not surprised, you take the time to study and try to look at things from both sides I think, clearly that makes you a troll 😉

You’ve been reading here for longer than posting I see.