Home Cyber Security NATO ‘will defend itself’ from cyber attack 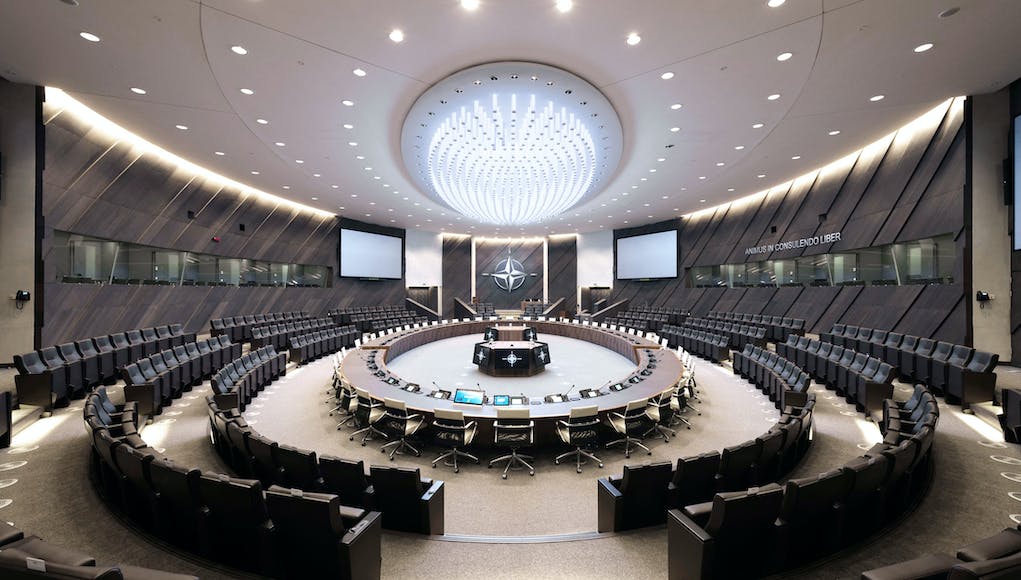 In the event of a serious cyber attack, NATO would invoke the collective defence Article 5 if required.

“Cyberthreats to the security of our alliance are becoming more frequent, more complex and more destructive. They vary from low-level attempts to technologically sophisticated attacks. They come from state and non-state actors, from close to home and the other side of the world. Malicious actors can attack anything automated and networked, including the mobile phones in our pockets or the computers controlling our critical systems and infrastructure. Attacks can affect every one of us. In the United Kingdom, the 2017 WannaCry virus crippled computers in hospitals across the country, cancelling thousands of scheduled operations and costing the National Health Service millions of pounds.

Even Nato is not immune to cyberattacks and we register suspicious activity against our systems every day.To keep us all safe, as it has been doing for 70 years, Nato is adapting to this new reality. For Nato, a serious cyberattack could trigger Article 5 of our founding treaty. This is our collective defence commitment where an attack against one ally is treated as an attack against all. We have designated cyberspace a domain in which Nato will operate and defend itself as effectively as it does in the air, on land, and at sea. This means we will deter and defend against any aggression towards allies, whether it takes place in the physical world or the virtual one.”

“As we look ahead, we must continue to build a strong and diverse workforce of future cyber defenders. The UK has already started doing this with “CyberFirst,” a programme aimed at supporting and preparing undergraduates for a career in cybersecurity. We must be smart about recruiting, training and retaining highly skilled cyber experts, and make sure their skills are kept sharp through regular exercises, as we do, for instance, through our Cyber Coalition exercises.

Cyberspace is the new battleground and making Nato cyber ready—well-resourced, well-trained, and well-equipped—is a top priority as we look towards the Nato summit in London in December and beyond.”

Caption photo reminds me of the US command room in Kubrick’s Dr Strangelove. I will always remember Peter Sellers clutching his prothesis and inadvertently referring to the US President as ‘Mein Fuhrer’! We thought it was a joke then…how life imitates art!

Complete and utter rubbish and you know it! A lot of my posts have some political comment, as do many others that post on this site (endless criticism of the EU, government failures etc….see below for typical examples). Its just that you don’t agree with my political observations. However, you don’t run this website; so I suggest that you get off your high-horse…after all, you don’t have to read them.

Gentelmen, you can’t fight in here. This is the War Room.

Excellent…that’s is one of the best postings I have seen on this site!

Correct I don’t have to read them but I have every right to reply to them, as I find your political posturing amusing and also a bit sad! Cheers!

You are either a hypocrite or have landed on your head too many times. Your post below contains the sort of political posturing that you accuse me of. But because it’s of a right-wing/Brexit nature…you deem it acceptable. Next time you jump out of a plane…put a parachute on!

My post below is critical of Governments in regard to military thinking, actions and expenditure. You need to differentiate between the two. Try again son! And maybe less child like abuse, cheers.

Clearly you need to understand what the word ‘political’ means. Criticising governmental action is ‘political’…

Not at all, I understand things all to well, you need to stop being patronizing and arrogant. A trait I find many so called educators to be.

Yes, and I can understand why!

Designed by Sir Ken Adam, who flew Typhoons in WWII. An Austrian born Jew, he was at great risk had he been shot down in enemy territory. Sir Ken went on to design epic sets for several Bond films.

Thanks for the info Barry….it was a landmark film…very funny, but also pretty damn scary. I believe the technical accuracy that Kubrick achieved was exceptional for the day.

Many thanks. There is a story – possibly apocryphal – that on his election to office, President Ronald Reagan asked to be taken to see it …

Hmmm….that’s interesting, could Kubrick have influenced Reagan over the Zero-Zero option that he debated with Gorbachev?

In order for a deterrent to work it needs to be clear and easily understood, this is currently neither.

Article 5 would then involve NATO HQ getting chinned off at every level by the usual waste of time European Countries, who, if and when article 5 was invoked, would be too spineless to do anything, and our potential enemies know this! Aside from USA, UK, Denmark, Norway, Poland (and strangely enough i reckon Italy) and now the Baltic states, I doubt very much the rest have any intention of ever sticking together in collective defense.

I’m afraid you’re right, and if anything will get worse as the EU tries to establish itself as a military alliance. That might well prevent Denmark, Poland, Italy and Baltics from taking action without the EU’s approval.

Find the pimply youths who do this kind of mischief on Mum’s computer and recruit them.

We are already doing so, look up the Joint Cyber Unit. This is a tri-service unit and is primarily aimed at bedroom junkies who never see the light of day. The recruiting standards are not the same for normal service work.

Many thanks. I am glad to know this. There is a documentary entitled Zero Days about the cyber attack on Iran’s nuclear weapon programme that alleges there is a centre within the U.S.A.’s N.S.A. with a lot of rather strange young men (one wears a cloak) who do this sort of thing. It’s not unusual in advanced work to encounter truly dysfunctional types. A friend worked at a medical research centre in the U.K. and was called out to collect a man whom the local police had picked up as a derelict, wandering the streets in the early hours. ‘Does… Read more »

You will find a lot of these people suffer in one way or another from dyslexia or other brain function inability. Its just that they are wired up slightly differently.
One of the traits that the Joint Cyber Unit is looking for is abstract thinking i.e. the ability to think either outside of the box or use logical fallacies to come up with an answer that goes against the norm.

Yes Davey, Aspergers is a case in point. Some of my best students have been diagnosed with the syndrome. The last one won a scholarship to Cambridge and gained a first class honours degree. They seem to possess data super-highways that us lesser mortals can only dream of!

scary potential in cyber warfare, the u.k must be at the forefront of expertise in combating it.