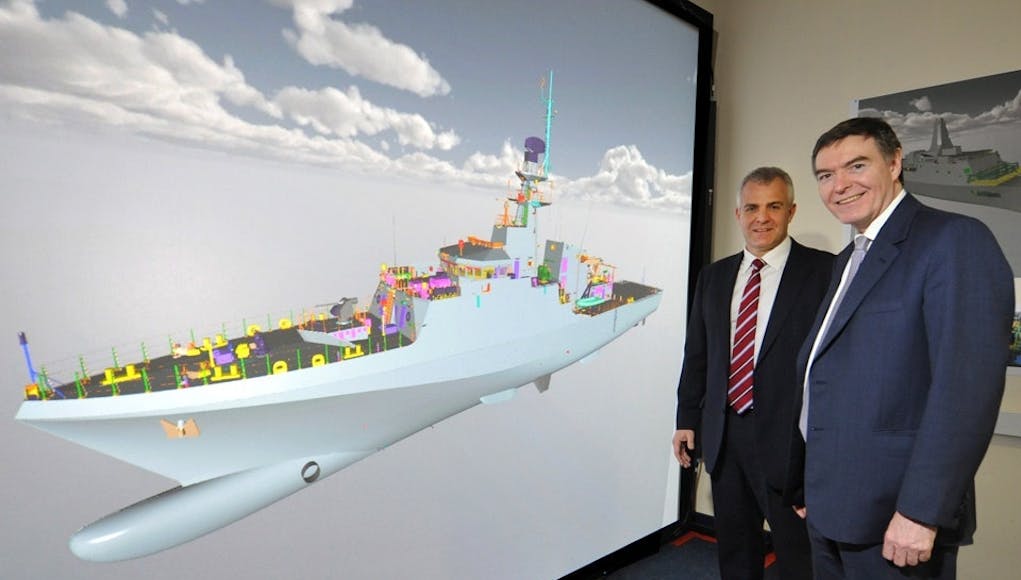 Share
Facebook
Twitter
Pinterest
WhatsApp
Email
It was announced in November that the MoD would purchase three patrol ships which will be built by BAE Systems on the Clyde. The work going to the Clyde will reportedly depend on Scotland remaining within the union due to the United Kingdoms policy of constructing armed combat vessels domestically.

On the 12th of March during a visit to shipyards on the Clyde, the Minister for Defence Equipment Philip Dunne announced that MoD has committed £20 million to the programme. The MoD said:

The contract will enable BAE Systems to begin work on parts such as the engines and gearboxes, which require a longer time to make and therefore have to be ordered in advance of the main shipbuilding programme.

“This £20 million is a significant milestone, critical to the successful delivery of these 3 vessels for the Royal Navy. The OPVs will not only provide an additional capability for the UK but also, at its peak, the OPV programme will safeguard more than 800 vital skilled roles in the shipbuilding industry.”

When compared to the current River Class, its very evident that the new OPVs will be much larger and will feature with increased storage and a larger flight deck for Merlin helicopters. The first vessel is expected to be handed over to the Navy in 2017.

The first OPV is expected to be delivered to the Royal Navy in 2017.