The US Department of Defense and Lockheed Martin have finalised an $11.5 billion contract for the production and delivery of 141 F-35 aircraft at the lowest per aircraft price in programme history.

The firm say that “for the eleventh consecutive year”, the cost of an F-35A was lowered. The F-35A unit price including aircraft, engine and fee, is $89.2 million. This represents a 5.4 percent reduction from the $94.3 million it cost for an F-35A in Low-Rate Initial Production Lot 10 (LRIP 10).

The LRIP 11 agreement funds 91 aircraft for the U.S. Services, 28 for F-35 International Partners and 22 for F-35 Foreign Military Sales customers. Deliveries will begin in 2019.

“Driving down cost is critical to the success of this program,” said Vice Admiral Mat Winter, F-35 Program Executive Officer.

“We are delivering on our commitment to get the best price for taxpayers and warfighters. This agreement for the next lot of F-35s represents a fair deal for the U.S. Government, our international partnership and industry. We remain focused on aggressively reducing F-35 cost and delivering best value.”

The company said in a release:

“With more than 320 aircraft operating from 15 bases around the globe – the F-35 is playing a critical role in today’s global security environment. More than 680 pilots and 6,200 maintainers have been trained and the F-35 fleet has surpassed more than 155,000 cumulative flight hours. The F-35 weapons system reliability continues to improve through a combination of hardware and software improvements.”

“This agreement marks a significant step forward for the F-35 program as we continue to increase production, reduce costs and deliver transformational capabilities to our men and women in uniform,” said Greg Ulmer, F-35 Vice President and General Manager.

“As production ramps up, and we implement additional cost savings initiatives, we are on track to reduce the cost of the F-35A to $80 million by 2020, which is equal to or less than legacy aircraft, while providing a major leap in capability.”

Just the 1 unit I think

In a strange way these cost cuts are annoying, because they are the perfect story for delaying the UK order rather than getting on with it and actually ordering the jets we need to replace the harriers and tornadoes.

And that’s providing everyone sticks to their quota.

I wonder if there is some smoke and mirrors going on here. There is high pressure to lower the unit cost of new aircraft and one way of doing that would be to take a loss on them and make it up elsewhere in a cost in less focus, for example upgrade costs

Where’s the Queen Elizabeth post gone?
First landing was last Tuesday… info just released but the post has disappeared?..
Anyone? 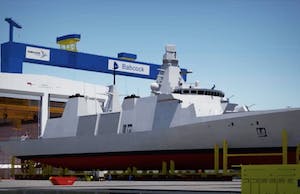