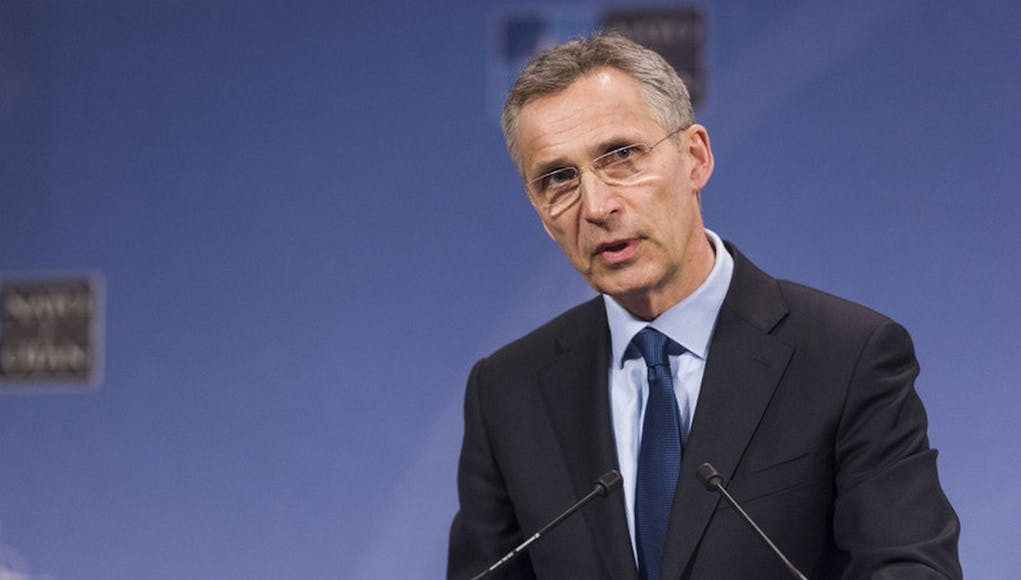 The published text is as follows.

“I belong to a generation shaped by the debate on intermediate range nuclear forces in Europe during the 1970s and 80s. The destructive power of SS20, Pershing and cruise missiles were of profound concern for publics and politicians alike. These weapons were specifically designed for the near-instant destruction of the European continent, and threatened the lives of millions of people.

The whole continent – indeed the whole world – breathed a sigh of relief when the INF Treaty was signed in 1987 by Ronald Regan and Mikhail Gorbachev. Not only did the treaty reduce the number of nuclear missiles, it banned an entire category of weapons, making us all much safer.

But in the last years, Russia has developed, produced, tested and deployed a new intermediate range missile, known as the SSC-8.  The SSC-8 is mobile and easy to hide. It is capable of carrying nuclear warheads.  It reduces warning times to minutes, lowering the threshold for nuclear conflict. And it can reach European capitals.

Russia’s actions undermine the INF Treaty, placing it in serious jeopardy.  The United States is in full compliance with its obligations under the INF Treaty. There are no new US missiles in Europe, but there are new Russian missiles.

A treaty that is respected by only one side cannot be effective and will not keep us safe. If a treaty no longer affects the reality on the ground, then it is nothing more than a piece of paper.

NATO Allies first raised their concerns five years ago, under the Obama administration. Now, after many years of categorical denials, Russia admits the  existence of this new missile system.

NATO Allies have repeatedly urged Russia to address our concerns in a substantial and transparent way, and to actively engage in a constructive dialogue with the United States.  We repeated that call at our Summit in July, and when we met in the NATO-Russia Council at NATO headquarters in October.

Regrettably, Russia has not heeded our calls. Moscow’s lack of engagement only reinforces our assessment that the new missile system poses a serious risk to the strategic stability of Europe. So I again urge Russia to ensure full compliance with the INF Treaty with full transparency – and without delay.

NATO has no intention to deploy new nuclear missiles in Europe. But as an Alliance, we are committed to the safety and the security of all our nations.

We must not allow arms control treaties to be violated with impunity, because that undermines the trust in arms control in general.

The onus is on Russia. NATO does not want a new Cold War or a new arms race, and we will do all we can to avoid them.  But Russia too must play its part.  We remain ready to talk with Russia and to work together towards a better and more secure future.

However, NATO must be firm and predictable. If we want to avoid nuclear weapons, we need to make sure that our conventional deterrence and defence is strong. That is why, in response to Russia’s illegal annexation of Crimea in 2014 and the country’s ongoing pattern of aggressive behaviour, NATO Allies strengthened our collective defence, agreeing to increase our investment in defence and to further modernise our armed forces.

At the meeting of NATO foreign ministers in early December, we will assess the implications of Russia’s actions for the INF Treaty and for our Alliance.  North America and Europe will continue to stand together in NATO to ensure peace and security.”

So if I understand the article the KH 101 and 102 are intended to circumvent the INF treaty?

No, they are air launched, not ground launched, so do not come under the treaty

I wonder if the Russians would find it amusing if we were to base a couple of ultra quiet conventional boats in the Baltic Sea with a dozen Cruise missiles apiece without telling them what kind of warhead was fitted.

NATO is screwed, what with American sentiment and European spending levels.

American sentiment does not include abandoning NATO in then event of a Russian attack, despite what the news people say about President Trump. He just wants NATO to spend more on its own defense. To my mind that means mainly Germany and Italy.

The concept of limited nuclear weapon deployment is not new. Tactical systems like Honest John were meant to do exactly that, if called upon. However, the possibility of using low yelled nuclear warheads is possibly being considered in extreme cases? Russia obviously under its current leadership is not interested in arms control, and the concept of short but brutal strikes may well be on the menu of options? If used, there is no guarantee that the World would respond in kind. In truth, the likelihood of military reprisal is most unlikely. As seen in Syria a Red Line was crossed… Read more »

Yes, spell check did again. It should read ‘yield’

If I’m not mistaken, Cold War NATO (and likely Russian) doctrine placed a lot of emphasis on nuclear weapons at the tactical level. That’s part of what made everything so tense: conventional forces were widely armed with nukes, and the moment one was used, it would’ve upped the ante and MAD would’ve likely occurred. It’s why there was such a massive shift to strategic weapons only after the fall of the Soviet Union. Removing the intermediate steps made it much harder to escalate the situation from a conventional skirmish to nuclear devastation. Russia’s actions are reintroducing the potential for rapid… Read more »

Arguably Putin’s thinking may be that he could overrun the Baltic States but to hold them he’d be facing the whole of NATO’s conventional forces. But he could hold them at bay with the threat of tactical nuclear strikes against them as they concentrated together around the Kaliningrad Gap.

This is precisely what is going on. Russia is planning on taking back ex soviet states and it could do so pretty much unopposed if it did so without warning. It would then hold them with the threat of nuclear war and there would be little we could do about it. This is why it is important for significant forces to be stationed nearer the Russian border but perhaps not so close that it would be too provocative. It is a delicate balancing act.

Callum, there was abroad understanding (I believe) that tactical nukes would most likely be used, but as a battlefield weapon. What I’m suggesting is the use against civilian targets, a red line hitherto not yet deployed since WW2. I’m suspicious that such an option is now being considered? Such thinking does not bear thinking about, yet there well may be a scenario where limited use, could bring quick results making the risk tenable? The chemical weapon red line has been crossed and it is just possible that those tactics could be used again and again. The British Isles make a… Read more »

All when Britain is getting rid of a quarter of our nuclear warheads!!

To be honest I don’t see a problem with that. We’ll still have enough nukes to turn Russia into a desert if it came to it, and Russia knows it.

What is more concern is the lack of conventional forces. That’s more worrying. And half the reason Putin is doing what he is doing. If NATO countries had stronger forces he wouldn’t be so bold.

Steve we really don’t, our nuclear weapons are designed to inflicted a hopefully unacceptable level of pain on another nation that threatens the existence of the UK ( or other nato member) we would be able to flatten most of Russia’s key cities, but that’s it Russia is vast beyond easy (for guys from a small island) imagining it would take a vast arsenal to leave it a wasteland, that’s why the USA ( and Russia) has 10s of thousands of warheads in the Cold War and still have thousands. Our 10s of deployed warheads would be a drop in… Read more »

It’s not just the lack of mass a omg NATO Steve, it’s the limp and weak way NATO conducts itself in general these days. it’s emboldening the Russian bear, who see it as weakness and increasingly look towards bringing the Baltic States, Ukraine and Georgia back under the Russian jackboot to distract the Russian people from their increasingly grave economic outlook. Never mind the murderous terrorist activities they conducted in Salisbury! History just keeps repeating itself! We let the Russians carry on with this behaviour unchecked at our peril. Apart from sanctions and strongly worded ( ‘we’re very disappointed in… Read more »

Don’t know were omg came from!

Russia is de facto hostile to theWest. The fact they have been in breach of the INF treaty for 5 years and we have done nothing significant about it is only encouraging Russia to continue pushing the envelope. At least the US is pulling out of the treaty in response. We are our own worst enemies in running down our defence expenditures in Europe and blatantly ignore the growing Russian threat, until the US, who are trying to counter the growing Chinese threat almost alone, bangs the table and demands increases in defence spending by other NATO countries. NATO Forces… Read more »