The propulsion system order secures the future of the the General Electric site in Rugby.

It is understood that the order for the second batch of five motors has safeguarded 250 jobs.

Earlier in the year we reported that a letter was sent from Defence Committee Chairman Julian Lewis to Defence Secretary Gavin Williamson, in relation to concerns over the build location for future components of the Type 26 frigate. You can read that here.

During a recent debate in Westminster Hall on defence procurement, further concerns were expressed in national security terms regarding the potential move.

Steve Kerr, a worker General Electric for 25 years and a union convenor for the union, said in the committee session:

“If it is UK eyes only, it would, of its essence, be compromised if that work were moved to France?”

“Yes. This is why we cannot understand GE’s philosophy. They said, “It’s only the total package that is UK eyes only—if we cut it up into small work packages, it is not top-secret,” but they are going to put the whole lot of the equipment together, and it becomes a top-secret piece of equipment.”

Union ‘Unite’, one of the key players in the fight against the potential closure said:

“If it had not been for the tenacity of Unite’s shop stewards and our members then we could have been looking at confirmation that GE’s Rugby site would close and its work shipped abroad. Instead this world class workforce, whose skills and expertise has built motors which power all the Royal Navy’s warships, can look forward to working on the second batch of Type 26 Frigates.

Unite’s priority is now to reduce the number of potential redundancies at the site and secure its long-term future. We urge the government to build on today’s announcement and ensure vital skills and knowledge are not lost for a generation by working with us to ensure the site has a pipeline of work for years to come.

With news that two of the international bidders for the Navy’s solid support ships have withdrawn, this must mean guaranteeing that these new ships are built in the UK, powered by motors from the UK and made with UK steel. Anything less would be a betrayal of the UK’s global status as a leader in shipbuilding and manufacturing and the communities these industries sustain.”

Eight Type 26 Frigates are to be built in total with three in the first batch.

Great news! Surely the Aussie and Canadian T26’s will require these motors as well in a few years time which would provide a steady stream of orders?

Yes and hopefully they will order some soon enough to keep the site busy, a bout of common Spence broken out at the MOD.

Yes, it does seem that they haven’t completely lost their Barbles after all, doesn’t it.

Based on the listings for the T26 variants, they’ll all be using the MT30 turbine as well. Which is massive, given that the US also uses it in one of the LCSs, the Zumwalts, and potentially a future frigate. Plus the Koreans and the Italians are also buying it.

Just heard that Norway is officially scrapping the Fridtjof Nansen-class frigate KNM Helge Ingstad. Perhaps the UK Government should make an effort to sell them a T26 as a replacement, especially after their Navy concluded it would be cheaper to buy a new ship than repair the existing one.

If memory serves the Norwegians also decided it would be more cost effective to order multiple ships instead of one, and they’re looking at options beyond a simple like for like replacement.

A single T26 might be too costly to integrate into their logistics setup. Multiple T31s (or equivalent) or corvettes would perhaps be a more cost effective purchase.

With no disrespect to the Type 26 Frigate I would have thought the Norwegians would stick with Navantia and either have a direct replacement built or be the first export customer for the forthcoming F110 class of Ship for the Spanish Navy which will be starting to be built soon.It makes sense from an equipment and logistics point of view – presuming of course that they will even be looking for a replacement.

I agree from a logistics sense it does make sense to replace like for like. However, the other Fridtjof Nansen frigates have shown they also have similar build issues. So is it not a golden opportunity for us to market the the T26 as not only an upgrade, but also something that can be relied upon (hopefully)?

Considering how easily it sank they be fools to go back to Nevantia. At least the Australians built their own ships off the Nevantia design which ended more expensive than originally planned (I wonder why?) .

maybe we could have it, repair it and have it operational?

Single class of ship, designed around different operating systems, mechanical systems and weapon systems to what we have in service, and a hefty price tag to repair it to operational service?

Think we’ll pass on that one.

(Aware there’s more than one, but if the RN acquired it…) 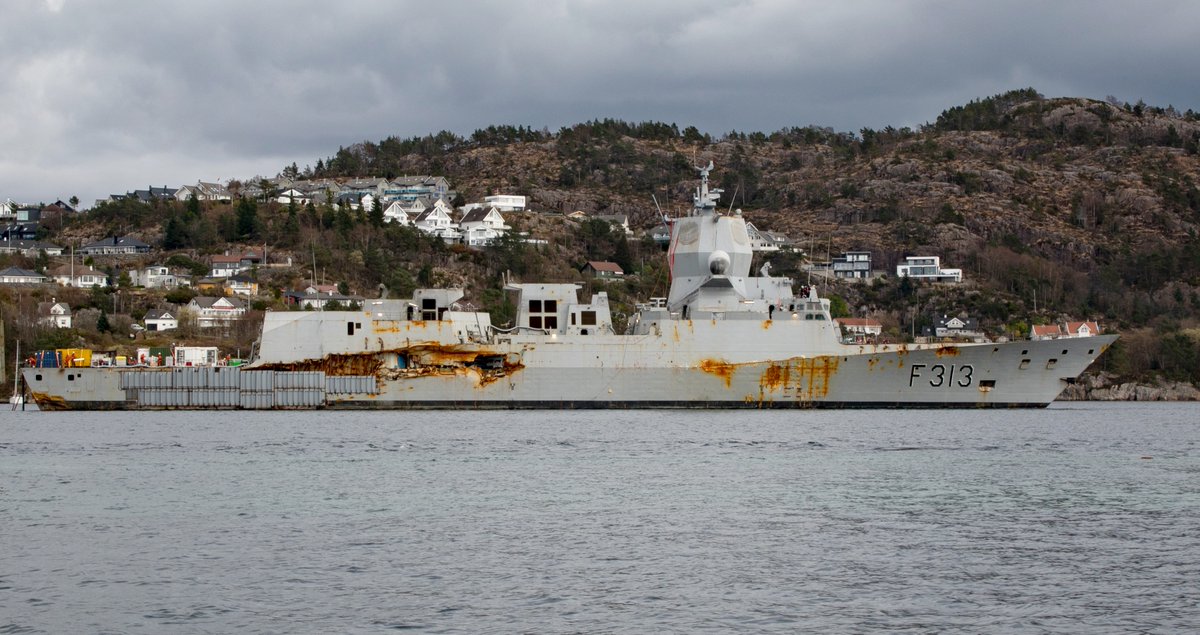 Surely they now have a forward order book of approx 60 units? Will that keep Rugby open?

Second batch of 5 motors – I guess that means a minimum of 8 x T26 is now harder for the treasury to reduce!