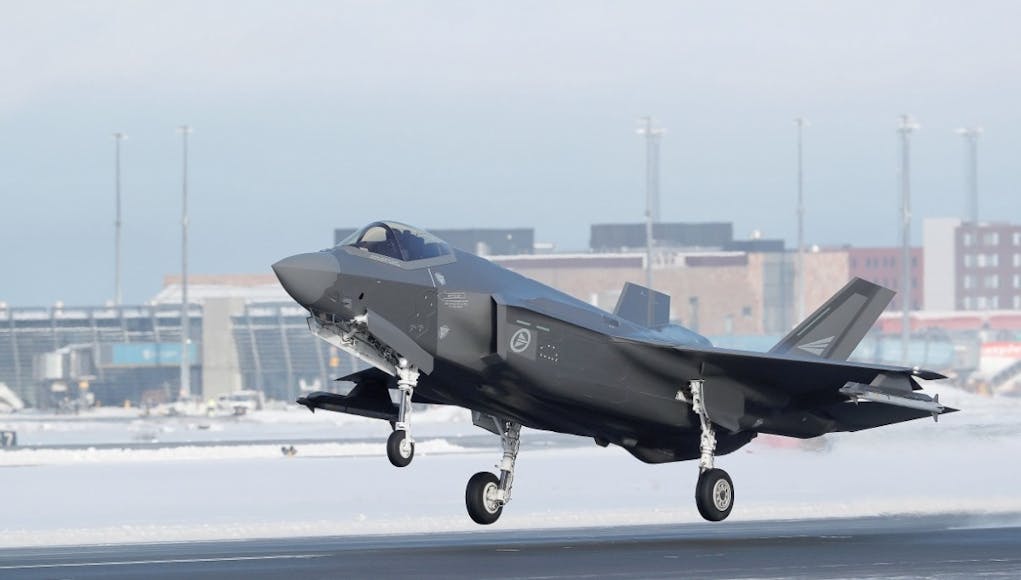 NATO say that the upcoming deployment of the fighters and some 130 military and civilian personnel will involve 24/7 readiness for the F-35 detachment under NATO’s northern Combined Air Operations Centre at Uedem, Germany; Norwegian Control and Reporting Centre (CRC) personnel will be working alongside their Icelandic Coast Guard colleagues in the CRC at Keflavik Air Base.

“NATO member Iceland ensures constant air surveillance within NATO’s Integrated Air and Missile Defence System including production of the Recognised Air Picture for the airspace over Iceland and the North Atlantic. However, the Ally does not have its own military capabilities to conduct Air Policing. Therefore, since mid-2008 the Alliance has provided periodic peacetime deployments of fighter assets to meet Iceland’s operational needs.”

NATO add that since the beginning of the NATO mission ten Allies (Canada, the Czech Republic, Denmark, France, Germany, Italy, Norway, Portugal, the United Kingdom and the United States) have manned the regular peacetime deployment showcasing Allied cohesion and solidarity as well as deterrence and defence under the NATO banner.

When I was in Iceland last year, I spoke to people about NATO. People I spoke to, by and large, were quite supportive of Iceland’s relationship with NATO, you can read more about this below.

Iceland and NATO – The Reluctant North?

So… If I were Russia, I would start sending up surveillance aircraft instead of bombers, knowing full-well that an F35 will be on station to intercept it… and then soak up any and all signals and scans as I could, from as many angles as a I could. No?
[email protected]

Yup….. They have done that many times ……

One would assume for Air Policing they will fly with reflectors & electronic emissions limited to necessary systems etc?