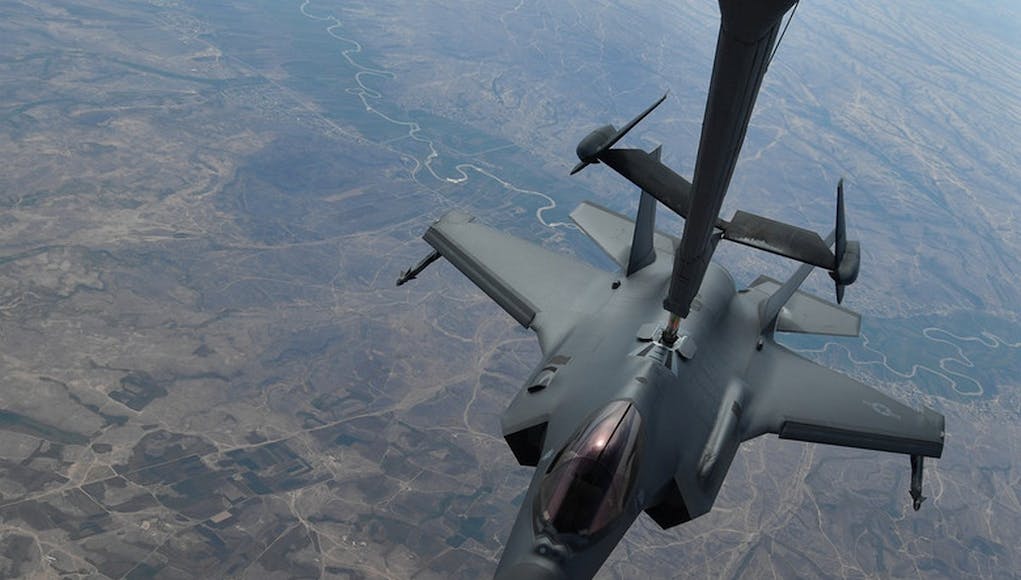 The news was broken with a tweet, something that is becoming increasingly common.

“5th generation fighters already on the horizon. Today we have sent a request for quotation (LOR) to our US partners on the purchase of 32 aircraft F35A along with a logistics and training package. It is high time to replace the post-Soviet equipment with the most modern fighters!”

Poland, a country that currently meets NATO 2% spending targets, has been modernising its armed forces. Earlier in the year, the country signed a contract for four AW101 helicopters.

Poland had earlier signed a £77m agreement relating to the purchase of the AW101 military helicopters, however many had reported this news as a contract to purchase the aircraft. That was not the case.

As we reported at the time, the agreement, signed by Leonardo MW Ltd, in fact provided for establishing critical in-country maintenance capabilities and precedes a contract for the supply of AW101 military helicopters.

The signing of the ‘Offset Agreement’ preceded this contract for the supply of AW101 military helicopters.

Four AW101s and a comprehensive integrated logistics and training package will be supplied with PZL-Świdnik acting as prime contractor. Deliveries are to be completed by 2022 the fleet will perform Anti-Submarine Warfare and combat search and rescue missions.

Excellent although 132 would be better.

Poland has become one of the stalwarts of Europe in regard to its defence posture against a re-emerging and unstable Russia. They have been updating their military and have a great ethos and professionalism about them. Always enjoyed serving with them on operations, professional yet still with a buccaneering and “wilco” attitude.

And not for the first time either, if it were not for the Polish Winged Hussars spearheading the largest cavalry charge in history, 20k on horseback smashing into the Ottoman lines at the siege of Vienna, Europe would of been finished centuries ago.

Nice that someone knows their history.

Considering that some of the Ottoman forces were also European, it would only have meant the end of a “Christian” Europe.

Great listen and a history lesson

I can remember first stumbling on Sabaton a few years ago, 2am on YouTube pissed watching movie scenes, I was watching a few scenes from Zulu and the song by Sabaton called Rorke’s drift popped up on my recommended videos, I had it on repeat for ages, also a great listen.

Yea man?
The Primo Victoria song is very relevant at this moment in time too. There’s a video they got with saving private Ryan footage, take a look

They remember centuries of invasions from both East and West. I think they’re done with being stuck in the middle…

Yes, I have a lot of time for the Poles, after what they suffered at the hands of Germany and the Soviet Union.

Served bravely in the British Army and the RAF too, like the Northolt Wing in 1940.

I drive past Northolt on a regular basis and see the memorial. While we must realise that they weren’t fighting for Britain, they were still fighting for Poland, a free Poland and would have done the same no matter what country they ended up in. But we were lucky they were able to do so, and to do it so well and so bravely when we realy needed them. My Polish colleagues say the same.

And the way the Polish Home army was left hung out to dry in August 44 was appalling. At least the RAF and USAF tried to get supplies to them.

Look up Josef Frantsiek, a Polish pilot who flew with a Czech squadron in the Battle of Britain, its a great story. I think its being made into a film called Lone Wolf.

Other way round. He was a Czech in a Polish squadron.

Doh ! Thanks David, my apologies to our Czech and Polish friends.

Many Poles who served felt betrayed by the UK at the end of WW2. There was no support from the British for a Poland free from the Soviet Union control.

There was support, but how was that to be put into practice? The RAF and other Western Allies flew to Warsaw to drop supplies when the Polish Home Army rose, and the Poles were expecting help from both the Western allies and Russia. Those flights were not helped by Russian refusal to allow the RAF to land on their territory. The Russians stopped on the Vistula a few miles away and waited while Warsaw was raised to the Ground by SS irregulars Direlewanger, Kaminski, and other SS police units. The Russians claimed their offensive had run out of steam. To… Read more »

You are correct about the facts. However, the sentiment of betrayal was still there.

Our treatment of the Cossacks was worse I feel.

Poland is a large country (by euro standards) with a long border with Russia and its allies as well as a large chunk of Baltic sea. Is 32 enough? Surely this will be in conjunction with another aircraft type, perhaps mature 4gen. Lots of old fishbeds and fulcrums to replace.
Polish economy is pretty good, perhaps the only former WP nation to be able to afford western kit in meaningful numbers

Long border with Russia? It has a relatively short border with the Russian exclave of Kaliningrad. 32 will likely be as many, if not more, than the total number of operational 5th gen fighters Russia will be fielding by then.
I’d say 32 is already pretty impressive from them!

I’ve known a few polish veterans, they are a nation that really understand the meaning of an existential threat. Looked after a few guys, one who still had the photo of him in front of his spitfire told me his great story of how he was shot down and then made his way here to fight in the Battle of Britain. Another guy with a broken leg would not let me near him until I proved my welsh heritage as he though I looked German, poor guy had so much PTSD and his story was very hard to hear (… Read more »

The Poles certainly are at the tip of NATO and I would say they sit alongside the UK and France as a serous European NATO power.

I would question the need for the F35, an expensive aircraft to buy, support and operate.

A second batch of 60 F16 block 52s would be a better fit, perfectly capable to match the Russian threat, imminently upgradable, avoids extremely expensive duplication of support …. A more sensible use of defence money in my opinion.

Whilst your comment makes real sense, the political overtones of a F-35 wing stationed next to the Russian border sends a very strong political message. If the F-35s replace their existing Sukhoi Su-22s then it is a 1-for-1 airframe replacement, but a quantum leap in capability.

I believe a Polish dual fleet of F-35s and (future upgraded) F-16s will project a very formidable force and reinforce the Polish Armed Forces as a valued NATO partner.

I wonder if this might foreshadow Poland taking over the tactical nuclear strike role from Germany. Given the use of Kaliningrad as a base to launch Russias new generation of intermediate nuclear weapons polish F35’s with B61 bombs makes a lot of sense. Basing such weapons in Germany will be increasingly difficult over time.

I can absolutely see the validity of a Polish F35 procurement, but I think it would put considerable strain on the Polish defence budget. Operating two front line types will be a very expensive proposition and would probably drain any funds from future F16 upgrades and limit the number of F35s they can afford to procure. One relatively large fleet (100) of upgraded F16’s would provide greater combat mass and therefore effect in my opinion. With regards to moving the B61s to Poland, I would be all for that. Germany is an unreliable NATO partner and equipping the Polish with… Read more »

Is it not the case that the Aircraft Germany is looking at to replace its Tornado fleet HAS to be capable of using B61’s, which at the moment rules out Typhoon in favour of either the F35A or FA18E-F ?.

I have a lot of time for the Polish armed forces brave yes but I sometimes wonder if they are to not undisciplined, that’s not quite correct, I’m having trouble to find the word. Its this if Poland was attacked by Russia would they pull back if ordered I don’t think so they would probably go charging in hell for leather and defend every crossroad, every village. It would give time to NATO but the Poles would get cut to pieces. I don’t know how many of you have been or lived in Poland, but I used to watch the… Read more »

They want to play with the big boys…..

Poland’s procurement of the F35 is a wise decision I believe. This is because of what is located on the country’s north eastern border, the Russian enclave of Kaliningrad. This small enclave holds a great deal of Russian military hardware from parts of the Baltic Fleet, Air Force and a mechanised division. Crucially, it has publicly announced that it is fielding the S400 SAM system. The system’s radar will cover a large part of Poland, Lithuania and Belarus thus making it extremely hazardous to Poland’s aircraft if things came to a head. By having the F35s, it gives Poland a… Read more »