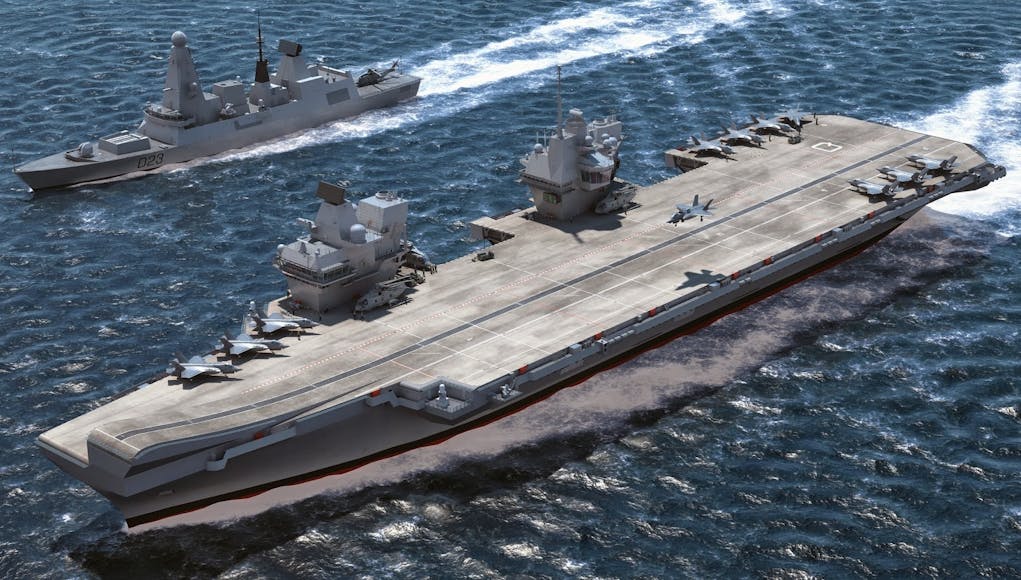 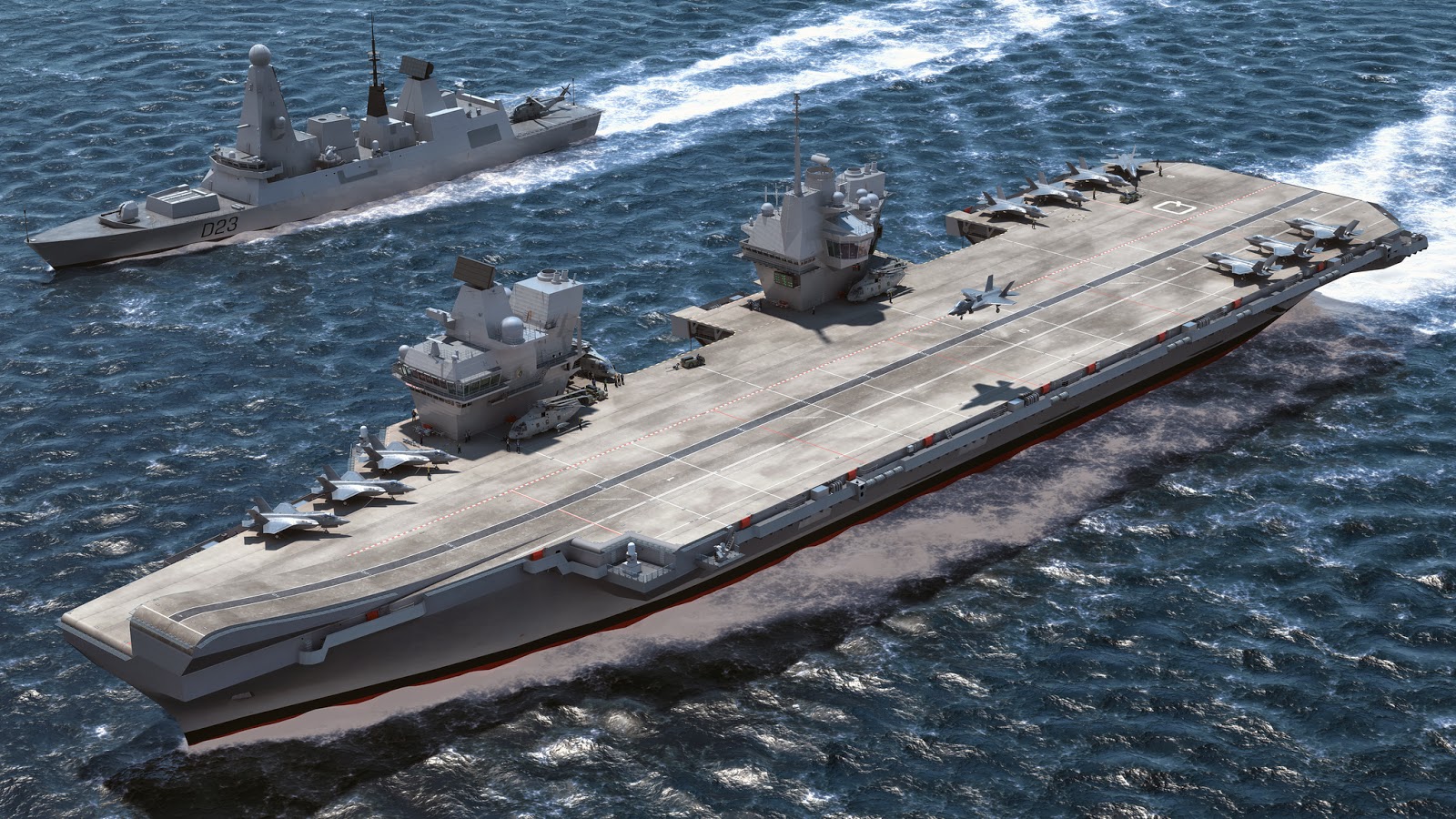 HMS Queen Elizabeth, being built by a consortium of BAE Systems Surface Ships, Thales Group and Babcock Marine, will be the lead ship of the Queen Elizabeth class and capable of carrying in excess of 50 aircraft in surge conditions, however the normal capacity is around 40.

HMS Queen Elizabeth is to be commissioned in early 2017, with F-35 flights beginning in 2018 and full operational capability from 2020. The vessels will be the largest surface warships ever constructed for the Royal Navy and will represent a significant increase in capability. The vessels will be utilised by all three branches of the UK Armed Forces and will provide eight acres of sovereign territory. Both ships will be versatile enough to be used for operations ranging from high intensity conflict to providing humanitarian aid and disaster relief. The class will have increased survivability as a result of the separation and distribution of power generation machinery throughout each ship. The class has been designed with twin islands, which separates the running of the ship from the flying operations resulting in greater visibility of flying operations. Surprisingly for their sheer scale, each ship will only have a total crew of 679, only increasing to the full complement of 1,600 when the air elements are embarked. This is made possible by extensive automation of many systems.

They will be completed in a Short Take-Off and Vertical Landing (STOVL) configuration, deploying the Lockheed Martin F-35B, that simply means they’ll use a ramp to launch aircraft rather than a catapult.  The ships will be 280 metres long and have a tailored air group (more about that later!) of up to forty aircraft though are capable of carrying up to sixty at full load or surge conditions. The projected cost of the programme is £6.2 billion.

Tabloids often like to quote 12 as the maximum number of F-35B’s the carrier will be able to carry, however this, as you probably know, is nonsense. The carriers, in peacetime, will usually deploy with 12 F-35B’s as a minimum and a number of various helicopters. To reduce costs and free aircraft for other commitments, the maximum aircraft complement will not usually be carried in peacetime, it instead will be supplied as required or deployed to the vessels in the event of a crisis.  Rather than funding a large and permanent Carrier Air Group, the relatively new concept of a Tailored Air Group rather than fixed Carrier Air Group will be adopted for the Queen Elizabeth class with the exact types and numbers of aircraft embarked being adjusted to meet current requirements and threats.

About time the UK had a decent carrier force.

Love the “launch ramp.” Straight out of the KISS school of engineering. (Keep it simple, stupid!)

I don’t even know how I ended up here, but I thought this post was great.
I do not know who you are but definitely you’re going to a famous blogger if you are not already 😉 Cheers!