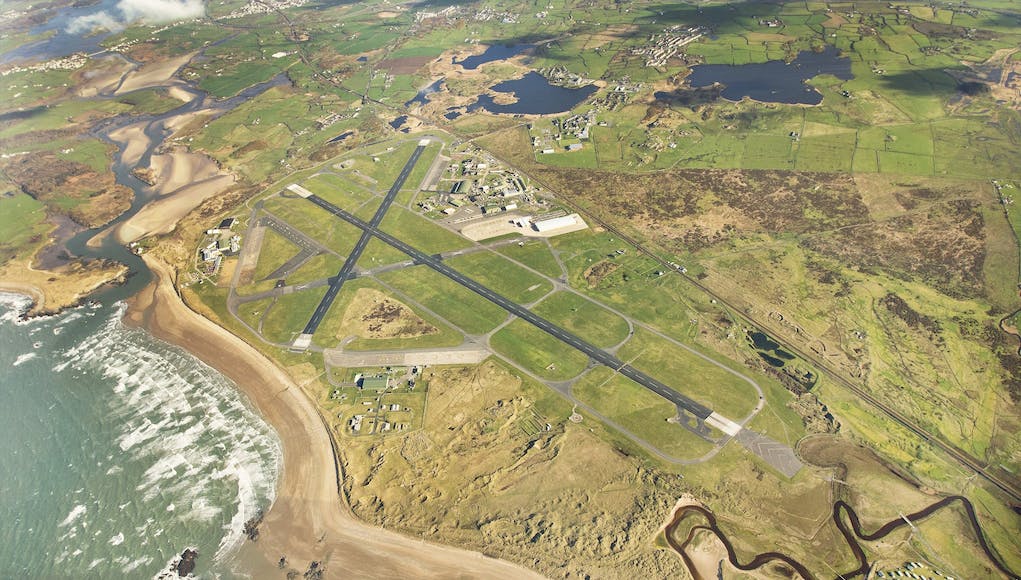 The station is primarily used for advanced fast jet training for pilots and, whilst the previous infrastructure was strong enough for the Hawk aircraft, it has been restored to support pilots training in the likes of Tornados and Typhoons.

The station is also home to helicopter flying training where aircrew learn the skills required for mountains and maritime flying with the Royal Air Force and Royal Navy. The Mountain Rescue Service which saves lives across the UK is also based at RAF Valley.

All new UK fighter pilots pass through RAF Valley before they reach their frontline Squadron. In the last 3 months, 4 graduates have gone on to fly the world’s most sophisticated fighter, the F-35 Lightning II, out in the United States.

The UK currently has 12 F-35B jets being flown in the US and 120 UK personnel being trained there. By the end of the year the UK will have 14 of the jets, with initial flight trials from HMS Queen Elizabeth planned for next year.

As the US’ only Tier 1 partner, UK industry will provide around 15% of every F-35 jet which is built. The facility was chosen as the global repair hub providing maintenance, repair, overhaul and upgrade services for F-35 avionic and aircraft components.

Over the lifetime of the programme, components for hundreds of European-based F-35 aircraft will be serviced and maintained at the site.

The work will generate hundreds of millions of pounds of revenue for the UK defence industry, with the potential to unlock more than £2bn of future F-35 support revenue over the lifetime of the programme, sustaining thousands of high tech jobs and skills.

Why had maintenance been allowed to degrade to the point where “restoration” was necessary on a runway. One would think a AF accounting office would understand planes need runways.

I think “restored” is the wrong word – Hawks could operate from there, but it needed to be upgraded for heavier aircraft, according to the article.

General wear and tear. All runways wear out and need resurfacing

Also no F35s will be based at valley . The main maintenance base will be marham.in Norfolk and the aircraft will be based there and coningsby in Lincs.

I’ll bet pilots landing on what I assume is the east west runway, always hope and are really glad when their brakes work properly!

I am not one to nitpick but I think the writer of this article copied in some stuff about RAF Marham when referring to F-35 maintenance. I don’t think RAF Valley is the maintenance hub. But I do stand to be corrected of course….

The global repair hub mentioned is MoD Sealand for avionics. RAF Valley nothing to do with F35 save advanced pilot training.