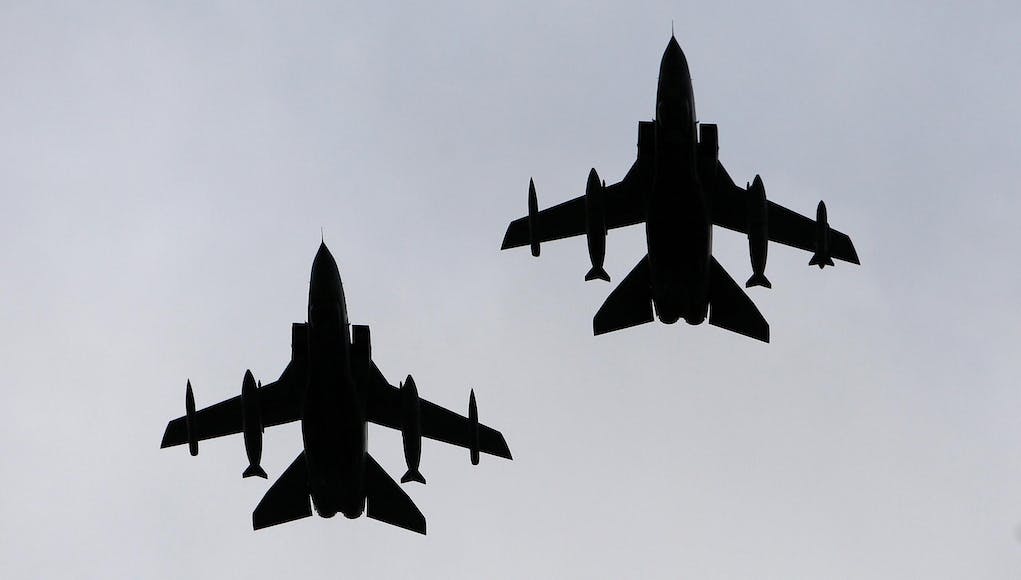 Speaking on BBC Radio 4’s Today programme, Lord Richards, former chief of the defence staff, said the current strategy to defeat IS was “too slow and ponderous” and UK involvement in Syria could help give it “oomph”.

He told John Humphrys that the most plausible strategy was to first get all regional forces working together to fight IS and then work out the residual political situation afterwards.

In early September, Prime Minister David Cameron began to voice his support for British airstrikes against ISIS in Iraq. In September, Parliament was recalled and MP’s debated whether or not to authorise airstrikes. The seven-hour debate resulted in overwhelming support for airstrikes, with 524 votes in favour and 43 votes against.

Aren’t there enough players bombing Syria already France and including the two superpowers Russia and US.a

i think it should be left to those already doing so,i know dave feels left out but come on too many aircraft in one airspace is asking for trouble,stick to bombing iraq…

Have to say, the 4, 6 or 8 planes we would chuck into the mix is unlikely to be a game changer, other than being able to say we’re doing our bit.

I think you have hit the nail on the head, a couple of extra bombers are going to nothing, as we would just be moving planes from Iraq to Syria and not adding more planes into the mix. However it means that we have a seat at the big boy table, which Cameron seems to want.

Sadly bombing won’t make enough of a difference without a massive ground offensive!