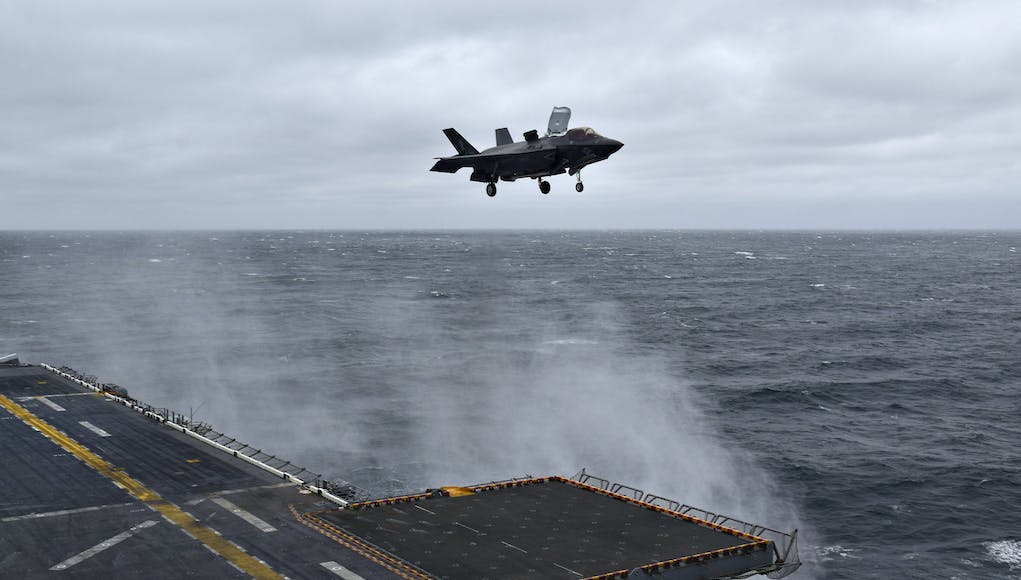 Raytheon won a four-year $234 million initial low-rate production contract from the US Navy to outfit all of its nuclear-powered aircraft carriers and amphibious assault ships with 23 Joint Precision Approach and Landing Systems.

“The U.S. Navy understands how JPALS contributes to their mission success and safety of its people,” said Matt Gilligan, vice president of Raytheon’s Intelligence, Information and Services business.

“Other military services could also benefit from the system’s ability to safely land both fixed and rotary-wing aircraft in almost any low-visibility environment.”

Earlier this year, F-35B pilots participated in two demonstrations of a new expeditionary version of the JPALS system.

The proof-of-concept events showed how the GPS-based system could be reconfigured into a mobile version to support landings in a traditional airport setting.

Expeditionary JPALS fits in five transit cases and could be repackaged for a variety of small transit vehicles transportable by C-130. Once on the ground, the system can be fully operational in under 90 minutes say the firm.

No plans at present, but with SRVL being proved it may be a re-fit that the RN gets interested in.
This is where the USMC tie up could play to the RN’s advantage. If the USMC prove it, they could even insist on it onboard for safety reasons.

This new system sounds great but I don’t understand if it’s an auto land/hands off system or it just provides cues in the HUD like previous systems?

The way I understand it, Its a cue and guidance package, but the pilot still needs to fly the vehicle. I dont quite get the point of it being on F35A and F35C as well though…surely a modern runway will have all the kit someone needs to land in poor weather?

There are two systems, a land version for austere and rapid deployments and and ship based version. However, they work on the same principle and should be thought of as a digitized instrument landing system i.e. if you fly down the beam where the elevated and horizontal beams cross you’ll find the airfield’s threshold. JPALS does it slightly differently. It takes the airfields/ship’s constantly updated time and position. Then via a secure data-ling transmits it to the aircraft. The bit that Raytheon are being cagey about is how that is accomplished? If it uses protocols like the Link-16, the broadcast… Read more »