Home Analysis Report finds MoD ‘up to £4.2bn worse off’ after military homes are... 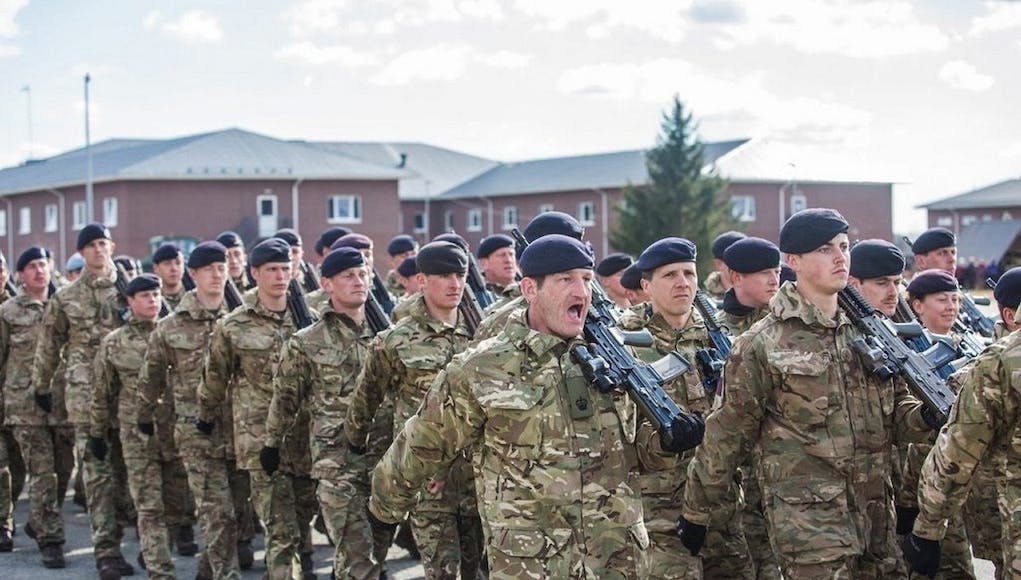 A National Audit Office report reveals that the MoD is paying £178 million a year to rent properties it sold and now leases back.

The MoD sold more than 55,000 service family homes across 770 sites to Annington Property Limited in 1996 in return for a £1.66 billion upfront cash lump sum.

The National Audit Office report says that the MoD has since rented them back on 200-year underleases, and is paying more than £178 million a year for the remaining 39,000 properties.

The report indicates how the MoD business case assumed house price increases of 1% per year with a 3.9% increase, excluding inflation, now the actual figure.

“The MoD’s sale of service family accommodation in 1996 has turned out to be a rotten deal for the taxpayer”
– Meg Hillier, Public Accounts Committee chairwoman

Amyas Morse, head of the National Audit Office, said the sale and leaseback deal was “based upon pessimistic views of the future growth in property values.”

Mr Morse also highlighted how there was a “mitigating feature that the rents charged to the military families who lived there were restricted for the first 20 years. This has cost the public sector a great deal in capital growth, and it has been a great deal for the landlord.

In 2021 the period of restricted rents is over. The question is now whether the landlord will get a very large rent increase on top of the very substantial capital gains they have already received.”

“The NAO supported the Annington deal in 1997 and is clear that the surge in house prices could not have been predicted.

We have a team working on renegotiating the deal, and believe that rent prices should continue to fall to secure value for money for taxpayers.”

19% vacancy rate – why not rent these out to ex forces on a subsidised basis. That way ex service people get a decent house in a location they will feel comfortable in and the company gets its vacancy rate down and earns money.

That’s a great idea.
It should also help them find work in the area and boost the economy.

Totally! We also have an issue with homelessness. MoD Annington estate could be part of the solution.

19% vacancy rate is very low for Forces accomodation. Some need to be empty as: – they are being significantly refurbished (asbestos was only removed from my Quarter as recently as 2007) or – are in between tenants or – are awaiting the move into the area of a redeployed unit – 20,000 soldiers (of whom about half will be married) will be moving from Germany to UK in the next 12 months, as British Forces Germany (BFG) folds. So you see that you cannot compare vacancy rates to civvy street at all. The services have no spare married housing… Read more »

Why not sell excess housing?. Surely not all the housing is owned by the stupid deal the government did with Annington homes.

Id love to be able to do a rent as u buy sort of deal. So instead of paying out renting ur paying the house off. Surely a plus point to keep soldiers in too. Theres no incentive being in the forces no more.

There is no excess housing for married service personnel. In fact there is not enough. 19% vacancy figure does not mean that 19% of Quarters will forever remain empty – see my answer above.
I believe Annington own the entire stock of housing that MoD once owned. I thought it was a terrible deal for the MoD at the time.
In theory I like the idea of rent as you buy – however you do know that soldiers move every 2-3 years on posting?

I used to think that the conservatives looked after the military. Yet after their current crop of failures: Housing Recruiting Adding the Nuclear budget onto the MOD (It used to be the Treasury that funded it) Not defending British Soldiers from False accusations (A willingness to sell them out) It appears that years of brainwashing that the British Empire was bad, that the British military are nothing but rapists, racists, and murderers, has taken root into the mindset of the political elites and so to them Soft power (Foreign Aid,) is preferential to defending the country than Hard power. I… Read more »

The Conservatives have not been defence-minded for many decades. The rot started in 1981 with John Nott’s defence review that devastated the Navy – if it had been very swiflty implemented we would have been unable to put together a Task Force to retake the Falklands in ’82. The Options for Change review in 1990 decided that the post Cold-War strength of the forces should be: -60,000 Navy with 40 Destroyers/Frigates -120,000 Army, -75,000 RAF. Successive defence reviews have cut well below these figures to- – 33,280 Navy with 19 Destroyers/frigates – 77,440 Army – 33,240 RAF ergo. we are… Read more »

OF COURSE IT DID! You want to know why? Because the motto of the British government and the MOD, regardless of who is in power, is short term thinking. Should we sell asset A and get a bit of cash, or should we keep asset A and make/save a lot of cash over a slightly longer period? Obviously they’re going to sell it to get the money rather than think of the long term prosperity of our country.

You are correct ‘Shortisum’ is the keyword, as the current teams want to be seen as meeting targets and saving money. Who cares about the egos of those who come after them!

Political dogma wins again, the policy of reducing public sector debt by selling off public assets or paying a private sector company to run/ invest in what should be a public asset just to keep he investment off the books is just classic UK government behaviour since the mid 90s (and I’m being colour blind here as its both the Reds and blues). We as taxpayers pay out the nose, shareholders get rich and services are a bit crapper than they need to be all so chancellors can play let’s pretend with the national debt.

In all my working life of over 30 years house prices have been significantly increasing year on year with the odd recession holding them back before prices then jumping up again. So when a MOD Spokesman says “The NAO supported the Annington deal in 1997 and is clear that the surge in house prices could not have been predicted” They must be having a laugh, be totally stupid or been on the pop.
Or possibly I just wonder who the Directors of Annington actually are ? could they be ex politicians or civil servants.

Like a dog with a buried bone. – A Scots Voice

[…] After reading an article regarding the sale of MOD homes.  I started to look back to why the MoD decided to sell and then immediately lease back the properies. https://ukdefencejournal.org.uk/report-finds-mod-4-2bn-worse-off-military-homes-sold-off/ […]

H M Treasury unlikely to agree to anything sensible. Do they ever get anything right?