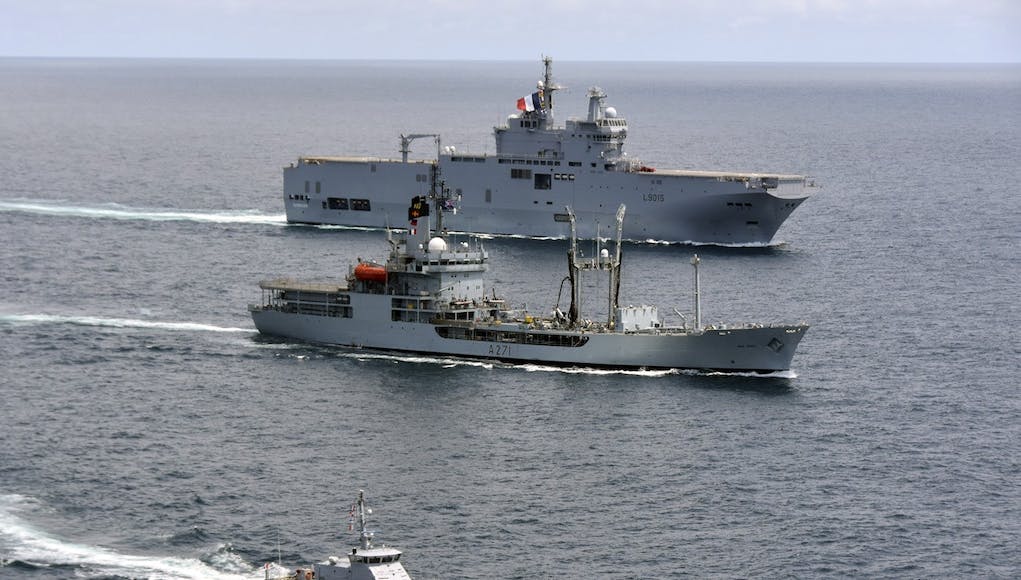 According to a press release, French helicopter carrier FS Dixmude and tiny patrol boat Sekongo accompanied tanker RFA Gold Rover and patrolled 200 miles of coastline and waters off shore, stretching from the Ivory Coast to the western frontier with Liberia.

“A delicious lunch and a tour round a very capable ship was followed by a period in which we shared our clearance techniques with French and a small contingent of Portuguese Marines.”

“This was a fantastic opportunity to understand and work with our allies – and experience the delights of French cuisine!”


RFA Gold Rover is a small fleet tanker of the Royal Fleet Auxiliary and is one of five Rover-class ships that were designed by the Admiralty, all of which were built at the Swan Hunter shipyard.

Today Gold Rover and her sister Black Rover are the last two in service with the RFA on duty around the world. The others have all been phased out as part of a worldwide effort to replace single-hulled tankers with more environmentally safe double-hulled vessels. Gold Rover will be decommissioned in 2017.