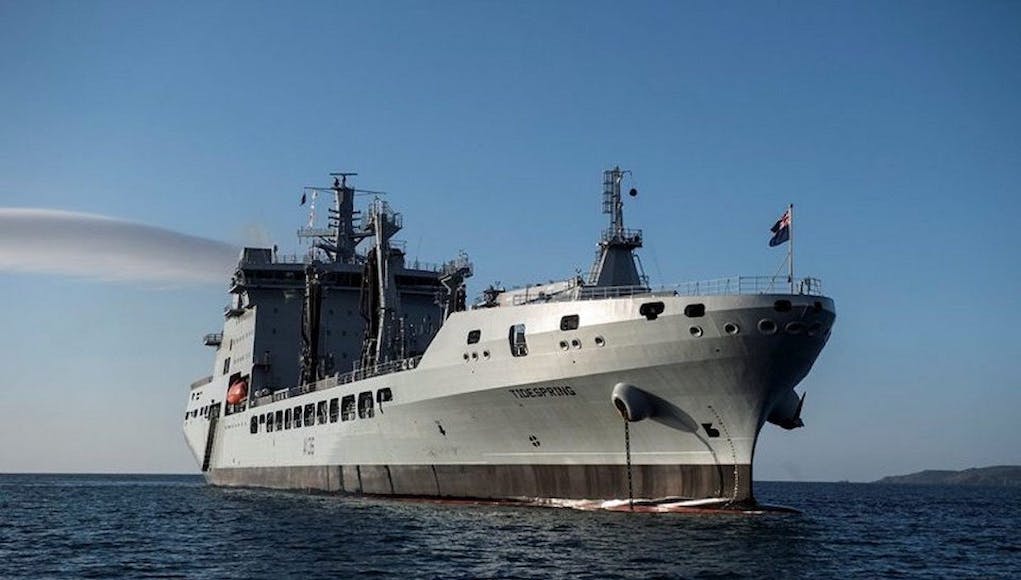 The first of the new Tide class tankers, RFA Tidespring, has arrived in Cornwall for customisation a year later than planned.

“RFA Tidespring’s UK arrival is a key milestone in 2017, the Year of the Royal Navy, which will also see the MOD develop world-class ships and submarines in support of Britain’s role as a leading naval power.

Backed by a rising Defence budget, the delivery of the Tide Class tankers is a crucial element of the Government’s £178 billion plan to ensure our armed forces have the equipment they need.”

According to MoD, the customisation work is helping to support around 300 jobs at A&P Falmouth. The UK work content in the wider Tide Class programme is worth around £150 million, sustaining further jobs at 27 UK-based companies. The project is being delivered well within budget by the MoD.

Is it being fitted with CIWS or will it be a sitting duck?

Also, get MARS ordered and building, in equal or greater numbers to what we have now with the Forts.

Couple of Phalanx main CIWS so I believe. Long thought RN had plenty of ships which could do with something like the Russian Kashtan CIWS

Tides / MARS / Albions / Ocean (replacement) all candidates for something like this

That Kashtan CIWS does look impressive but it’s a very different beast to Phalanx in that it appears to require significant deck penetration to install for things like the missile reloaders whereas Phalanx doesn’t require any deck penetration and so can be moved from ship to ship as required. I do like the scaleability of the architecture though with single fire control and up to 6 firing units. I wonder whether a re-architecting of Phalanx and SeaRAM could produce something at least somewhat similar for a low cost integrated gun plus missile architecture that doesn’t require deck penetration. There’s also… Read more »

Hi Julian,
Great reply. I’m happy whatever the solution so long as we have one. I just feel too many of our very limited hulls are very vulnerable and won’t always be in a protected convoy / strike group. So much so that we should be designing similar capability into all new builds.

Its been interesting following Tidespring across the pacific via Japan and Hawaii, through the Panama Canal (great photos) and across the Atlantic. Lots of to-ing and fro-ing for 24 hours off Falmouth before making Port. Nice assignment for the crew and good on them.

Great to see the new class of very impressive fleet tankers arriving.
would be great to fit out the Tide class with not just ciws/ phalanx and the usual mix of 30mm and 20mm light guns but sea ceptor as well.
that would then enable the tide class if complemented with ASW helicopters to act as a convoy leader/ group escort. If such a role were ever needed again.

In an emergency can the F-35B land on this?

I 100% think every RN hull with a big enough heli pad should be adapted and capable of landing / refuelling F-35s in an emergency as policy.

It’s got to be cheaper to paint the pad with the special coating and make it strong enough to at least land on and just sit there until they make it back to base where it can be winched off (or however they’d manage) than have an F-35 ditch into the sea.

The costings would be interesting. Based on the carrier info it’s not just the heat coating, apparently it’s also preventing the destruction of deck equipment and bits of superstructure due to side-wash. For instance I suspect on any of our ships with hangars the hanger doors would never open again due to buckling from the heat of an F-35B landing so there would be some pretty serious repair and in some cases replacement of stuff needed in the areas of the ship close to the helipad.

All good points. I just hope with British inguinuity we will maximise whatever is capable of being done. It’s not just optimising chance of survival for the £100m plane and its pilot, it’s the lack of ability to replace if we lose them.

I know it’s a different order of magnitude c/f the F35b, but I remember a Sea Harrier once landed on a Spanish freighter rather than end up in the oggin. Tidespring can be seen on this webcam in Falmouth harbour.
http://www.falmouthphotos.com/webcams/dockyard/

“in support of Britain’s role as a leading naval power.” Bollocks, not any more.

Lack of numbers, Escorts, Rotary Platforms & Amphib Assault are all serious ******* UK security risks which would have Churchill turning in his grave, but as a carrier strike force by early 2020s only America will match it;

Fully equipped, that will be impressive power projection and worthy of the sentance ‘a leading naval power’.

@ Ian I agree with your sentiment entirely but I am very worried about your two most operative words ‘fully equipped’. Can we honestly recall the last time our fleet escorts went to sea fully equipped? I recall the uproar in 2011 when it was disclosed that one of our frigates involved in the Libya Op had just 4 Sea Wolf missiles embarked! Fired in pairs as is SOP, that gave the ship’s complement a grand total of two chances to protect themselves! Personally, I don’t see the Tide class getting their own CIWS and they will only be cross-decked… Read more »

I don’t think Fallon deludes himself about the state of the UK Forces post 2010 or today and the measures we needed to take to restore some fiscal and economic stability. Lets not forget what has been funded in only 6 years since then despite having to lose Harrier and two carriers. I class Nimrod as an embarrassment and its passing was a merciful end. * Choosing Harrier rather than Tornado was a no brainer as it allowed time for Typhoon to be upgraded to its full potential in a planned and steady way which must have saved a lot… Read more »

Which new armoured vehicles are those?

Several army units are equipped with 50 year old FV432/bulldogs that have zero protection against IEDs and RPG attacks.

Availability of these vehicles is less than 50%.

Yet there is no plan is place to replace them.

The UK armed forces have some very serious problems regards equipment and I don’t see those problems being addressed.

Chris – since 2010 the current government has just exacerbated our problems in defence with no strategic planning and all undertaken by the archetypal bean counter. Scrap Nimrod yes but an urgent replacement was required. Scrapping the harrier was a mistake as a small seed corn unit could have been put in place perhaps working with the US Marines and then increased in numbers as the new carriers came on line. We do make the most of what we have already bought and paid for and it would be better than having a super carrier with very few aircraft to… Read more »

Warrior is being upgraded to increase operational life and they will also receive a complete overhaul to ensure it can operate effectively out to 2040. 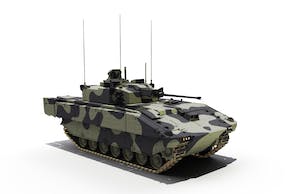