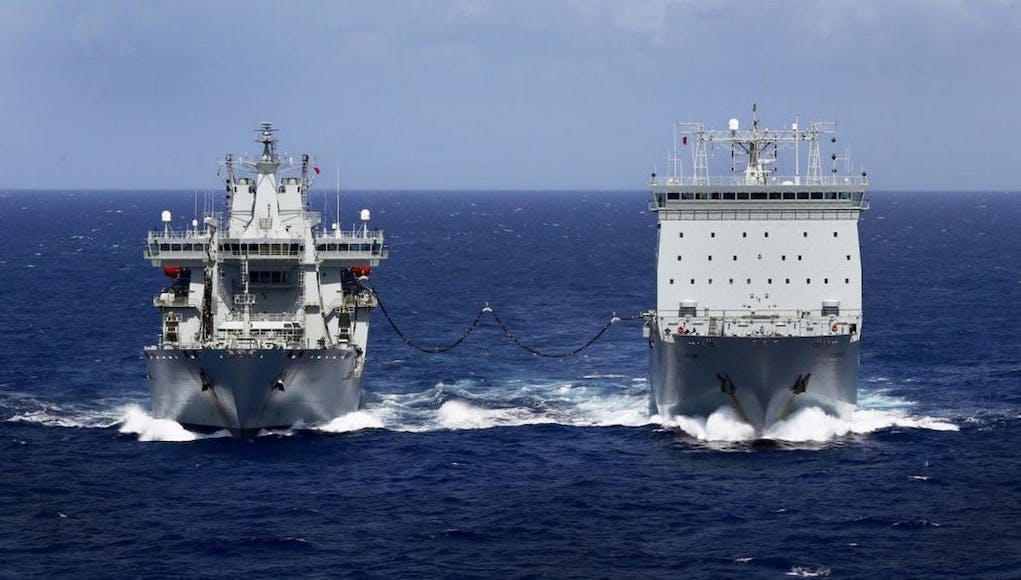 “The handover itself saw the ship’s vast humanitarian and disaster response supplies, plus a brand-new Wildcat helicopter, be transferred to Mounts Bay, in anticipation of the challenges the remainder of the hurricane season may bring.

By contrast, Wave Knight will return to the UK for upkeep and maintenance before undertaking her next tasking.”

“This has been a highly successful APT(N) deployment by Wave Knight, which has seen a number of defence activities delivered, including defence engagement, maritime security operations, and local capacity building.

This deployment has highlighted the great versatility of Wave Knight and her ship’s company including RFA, RN and Royal Engineer Commandos who have been instrumental in the ship’s successful support to defence engagements across both the APT(N) and APT(S) areas of operation.

We now hand over to Mounts Bay and wish them every success in their future Atlantic Patrol Task North duties”.

The deployment has seen the ship sail over 56,000 nautical miles and visit 24 different ports. 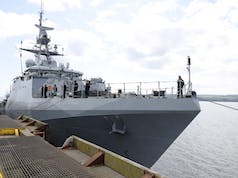 ….. and not a Phalanx between them. Anyone know why?

Because they won’t need it on that particular tasking. Nothing sinister, just no threat on APTN except drug runners. If they where heading to or from the gulf (Op Kippion) they would have Phallanx fitted, at least that’s the theory.

Thanks David for the explanation. The thing I don’t understand is that a Phalanx mount is only 500k pounds a pop. One million pound/ship; given the cost of the ship itself, why can’t we have them permanently fitted and call it good? They’d be immediately available if the unforeseen ever happen.

If Mounts Bay is going to operate a helicopter, has the ship been fitted with a hanger? Can not imagine that new wildcat will fear well in the salty air without a hanger!

I think after looking at the MOD website there may be a temporary hanger on the Bay Class ship for it’s current deployment.. Not 100% sure though ..

Large bay operated in the gulf as a minesweeper lead ship and as such had a telescopic hangar/ workshop fitted onto its rear flat deck.
I agree with comments about fitting rudimentary defensive weapons such as phalanx/ RAM to all our large auxiliary vessels. Such fittings are a low cost by easy way to multiply force air defence and reduce the burden on actual warships for escort/ protection duties.

Just left Mounts, fitted with a TAS ( temp a/c shelter) not temp though, its been fitted for a couple of years now.

Both vessels do have Phalax!

June 14, 2021
With Challenger 3, Stuart Crawford argues that the UK has relegated its self to the role of an off-the-shelf customer.