British combat aircraft will ‘shoot down aircraft over Ireland if they are hijacked by terrorists’, according to local media.

According to the Irish Examiner, “five well-placed sources in Ireland and one in Britain have pointed to the agreement being in place, with a number saying the Defence Forces was not involved in negotiating it, despite the RAF asking for its inclusion.”

Ireland’s air force lacks aircraft that can climb high enough or go fast enough to intercept Russian aircraft which have come close to Irish airspace on a couple of occasions, often being escorted away by British jets.

The agreement reportedly permits the British military to conduct armed operations over Ireland in the event of a terrorist-attack, real or suspected. Ireland operates ‘The Air Corps’ who fly a fleet of fixed and rotary wing aircraft (but no jet aircraft), it provides military support to the Irish Army and Naval Service.

Their only combat capable aircraft is the Pilatus PC-9M whih can be armed with a heavy machine gun or rocket pods. Their primary airbase is Casement Aerodrome located at Baldonnel, County Dublin.

This move would appear to benefit both countries.

If we can have jets defending Latvia, Lithuania, etc, why not Ireland?

Next comes Scotland once they secede. The Scots will have to spend a huge proportion of their meager GDP to institute an air/sea.land defense force of their own, something that’s being covered by the English at present. Best of luck to the jocks! Lol.

It’s being covered by the the UK RAF at the moment which as Scotland is still part of the UK means it’s not the English that’s doing anything, rather UK armed forces. If Scotland does break away from rest of the UK then, your point becomes valid. 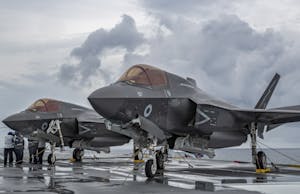