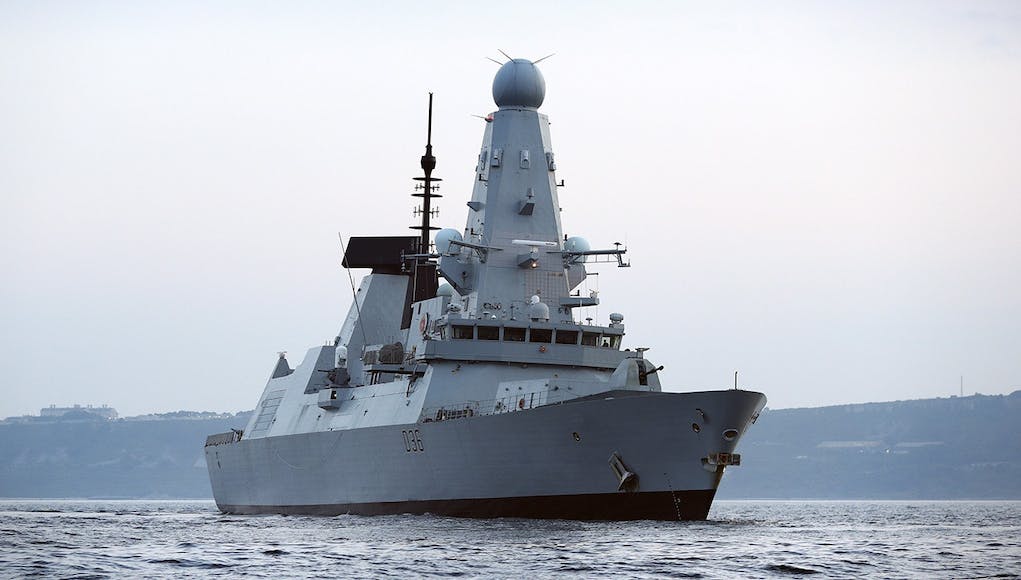 Both have received significant investment across command and control systems and weaponry over the last 18 months.

“Equipping HMS Defender and HMS Kent with this ground-breaking technology means their crews have the most capable ships of their class worldwide.

As we face a climate of intensifying threats, it is imperative our forces have trailblazing capabilities, and HMS Defender and HMS Kent’s refits will ensure they are ready for any eventuality in any corner of the globe.

These upgrades will see the warships showcase the cutting-edge surveillance, intelligence and weapons systems set to be part of our formidable Type 26 fleet as we continue to build a Royal Navy fit for the future.”

“I am incredibly proud to have taken HMS Defender to sea for the first time in 18 months thanks to the hard work of Team Portsmouth, BAE Systems and my ship’s company. With a number of major capability upgrades, HMS Defender is now the most capable Type 45 in the Fleet.”

The Royal Navy say that HMS Kent sailed back into her home port of Portsmouth this week after returning from her overhaul by Babcock in Devonport, Plymouth.

As well as a new command system, she was fitted with the Sea Ceptor missile system, replacing Sea Wolf, to enhance the frigate’s lethality under the threat of airborne attacks.

These politicians and their flowery words.

A RN fit for the future as he calls it has more than 19 escorts, 17 if we are being picky.

His very government set the commitments and requirements and then expect their forces to jump through hoops with less each year.

But on a positive note good to see new equipment filtering through.

Is Kent one of the 2087 ones or one of the GPs we will probably be scrapping in a few years?

Kent is a GP frigate.
All the GPs are now based at Portsmouth with all the ASWs based in Devonport.

It’s only a matter of time till the RAN has a fixed wing carrier based capability. They should buy one of the QE’s (new build). Unless some idiot UK pol in the future decides to auction off one of the RN’s. Which unfortunately you can never discount…

I like the Hobarts. It is the type of ship the T23 replacement should have been.

Not really. The Hobart is primarily Anti air warfare (like T45) and has limited anti submarine capability which is what the T26 will bring to the table.

Yes that confused me actually, I thought I must be missing something, if the replacement for the T23 should have been Hobarts instead of T26 why would the Australians be building their own version of T26. Perhaps he meant T45?

You are arguing about the performance of a hypothetical ship.

If its so awful then why are the Australians ordering 9 of them as well as the Royal Navy. All im saying is the Hobart would never have been able to replace the T23s seeing as it is a ship focused on anti air warfare whereas the T23s and their replacement are focused on anti submarine warfare.

Who said anything about the inbuild T26 being a bad ship for what it is?

I have only being visiting here a few days and I have always sized you up as an angry little man who thinks the site to be his own little sandbox. Every site like this has one. It’s what drives most sites down hill.

Hi David what Chris is saying is resonable, the Hobarts and type 23s were designed for completely different purposes. The Hobarts could never do what a 23 was designed to do which is hunt subs. ASW ships ( the 23 and 26) are designed from the ground up to be as quite as a ship can ever be this allows their sonars to work in the most efficient way ( no distracting noise from the ships hull or propulsion systems). AAW ships like the Hobart and 45 are designed to carry heavy radar systems up high and be as stable… Read more »

They make good scrumpy though… My head still aches at the memory of a couple of encounters with the old school variety..

One more piece on the RAN. Efficient little navy “Down Under” (maybe not so little anymore).

Yes, not so little, at least in a few years. 12 DD/FF as opposed to 19, and 12 advanced submarines as opposed to 7. True, an SSN is more capable than a SSK, but the Australian subs will be 4000 tons with AIP. A fairly capable force.

One for the RN – strange little article – calls the HMS Albion a “boat”… Still, interesting.

What weaponry upgrades has Defender received?

SIGINT. It now has a massively capable SIGINT capability. Sigint will offer more strategic (passive) info on targets and units well beyond the detection range of the radar.
The old system on B2T22 frigates offered a huge advantage to the vessel and the task groups…this new system is an even bigger step change in capability. Only disadvantage is having to have CTs onboard.

And – did this work include fixing the problem with the lights going out when it’s hot?

Communications Technicians…Linguists or Analysts…a strange bunch if you have ever had the pleasure of working with them.
Most intercepts also go straight over satcom for shore analysis by people who work for agencies with TLAs or FLAs (Three or Four letter abbreviations)

The article failed to mention what this new wonder weapon actually is?

Anyone think that the JMSDF destroyer pictured here has more than a passing resemblance to a T23?

I am sure the millions spent on SIGINT is important, but doesnt a warship need to be capable of attacking the enemy. ANy news on offensive capability upgrades?

The supreme art of war is to subdue the enemy without fighting.