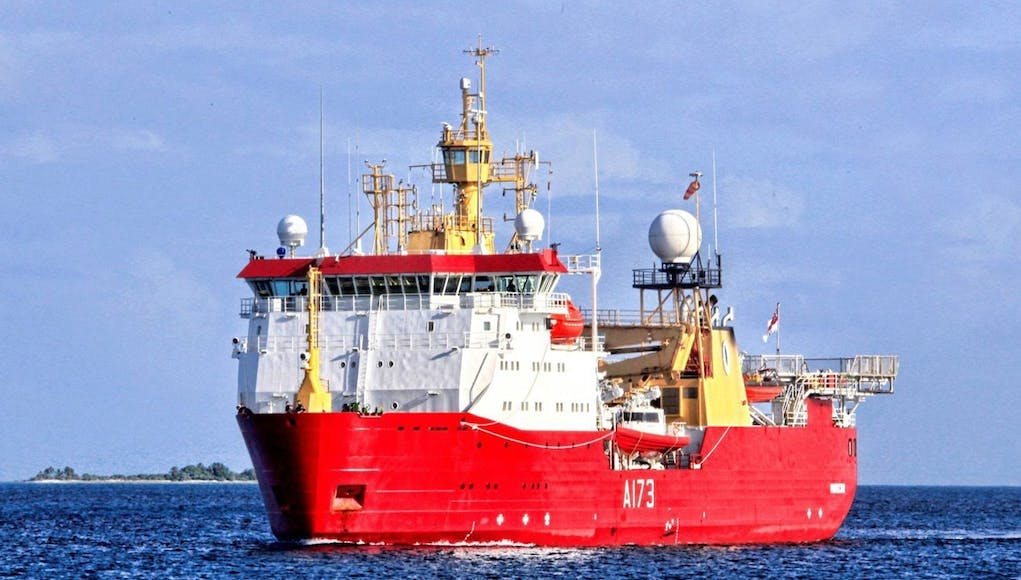 The tragedy that was the loss of the submarine San Juan accelerated what had previously been planned, a joint communiqué issued in September 2016 pointed out measures of rapprochement between the UK and Argentina, strengthening relationships between the Armed Forces, the establishment of a commercial flight to the Islands from the continent and the identification of the Argentine soldiers buried in graves on the Falkland Islands.

The last time a Royal Navy vessel visited the city was 2004.

HMS Protector is a Royal Navy ice patrol ship built in Norway in 2001. In 2011, she was chartered as a temporary replacement for the ice patrol ship HMS Endurance and was purchased outright by the Ministry of Defence in September 2013.

In 2016, the ship completed a five-week patrol of the Ross Sea conducting inspections in support of the Convention for the Conservation of Antarctic Marine Living Resources, with the aid of six embarked Australian and New Zealand specialists. In 2017, following a request for assistance from the Argentine government, Protector was redeployed to aid international efforts to locate the missing submarine ARA San Juan.

Pitchforks and torches have been stockpiled I’m sure…

Love the idea of a crows nest

This is brilliant news! Let’s hope for normal healthy relations with Argentina.

The loss of the crew of the ARA San Juan is a horrible tragedy. My heart goes out to all the families & friends.

Agree totally. Britain was right to help out with the search effort for the submarine. As long as the people of the Falklands continue to have total control of their own future there is no reason why the UK shouldn’t have more normal relations. It’s 34 years since Britain won the Falklands War.

Great news, a positive move to full normalization of relations.

I see Britain making many friendly gestures to Argentina but I see nothing in return, they still claim the Falkland Islands. Reconciliation has to work both ways.

The Spanish still lay claim to Gibraltar but money talks and we get along. No reason relations with Argentina should not be normalised. Everyone would benefit. Do a Hong Kong, 500 year lease Treaty and kick the problem into the long grass. The Argentinians play rugby for goodness sake. They can’t be all bad.

Totally agree with the first half but then you blow it with the second.

Life’s a package. You have to compromise at some point.

Absolutely, normalised relations have to be the way. The Argentines are no military threat to the Falklands, their military capability long gone….

Let’s all hope for a beneficial future relationship between the parties, with the Falklands Islands population Democratic Rights respected by all players.

Indeed if Argentina ever get their act together they could become a strong and powerful economy with all that enables, even if they have blown that for over a century now so seems unlikely to change any time soon. But should that happen it really would be a good idea to try to get back to something like the strong ties we once had at the time of their Independence or at least as good relations as we can realistically generate in the meantime.

[…] in a month for HMS Protector which has sailed from Antarctica via South America where she made a port call to Buenos Aires. The rare visit, the Royal Navy’s first to Argentina since 2004, saw the vessel thanked for its […]