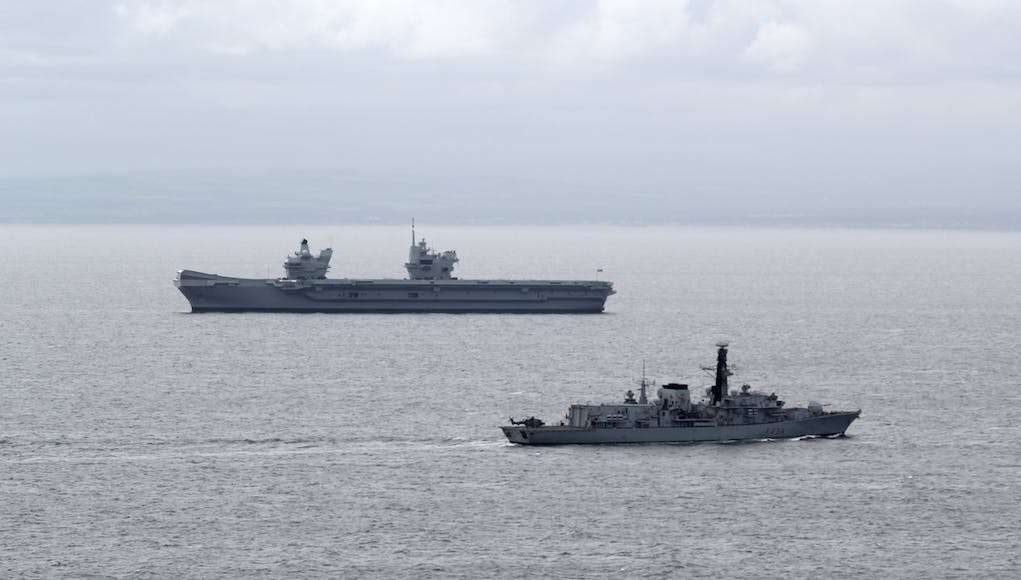 The Royal Navy say that the Second Sea Lord is responsible for overseeing all people matters in the Royal Navy – recruiting, training, sport, diversity, welfare and support for families – as well as bases and facilities.

“While the title of Second Sea Lord is nearly as old as Nelson’s flagship, I am privileged to take up this role in 2019 and lead our modern, dynamic and world-class Naval Service. This is a time of great change for the whole Naval Service and its wider family, as we continue driving developments to outpace and outperform our potential adversaries.

Without our people, there is no capability. Our hard-working men and women, their families, and the civil servants and contractors who work alongside us, are vital to enabling our success. I look forward to representing our Naval family as their Second Sea Lord.”

In a release, the Royal Navy say that Admiral Hine was commissioned into the Royal Navy in 1985. He has served as a warfare officer in a number of submarines, as well as undertaking appointments and commands in several surface vessels and shore bases. Of note, he also served for three years as Defence Policy Adviser in HM Treasury, during the last Strategic Defence and Security Review (SDSR).

Hopefully he can recruit a few thousand more sailors to get the numbers back upto before the cuts levels. Maybe get 8 type 31s ordered, and maybe keep Rosyth a naval dockyard instead of scrapping the joint.

Agree. All achievable and not fantasy fleets.

Would agree. I would argue that 8 Type 31s is what’s needed if you truly want to replace the Type 23 fleet. Everyone conveniently forgets that 3 hulls were sold off way too early. Heck, I’d even say order 12 of them to eventually bring the escort fleet to 26. Such a goal could be achievable if the recruitment cap is increased and as new ships are developed, their crew requirement has a tendency to decrease (or is atleast projected to in the cases of both new frigates). We need the hulls, and realistically, the Type 31project is the only… Read more »

Looks like some kind of review is underway. What’s this littoral capability discussed in the article? Does it refer to the Rivers or a new class?

Def Sec talked of each forward deployed, one west, one east.

I imagine they will be quite cheap and host Dets of UKSF, FIC, RIB, and helicopters as needed for missions into the Middle East and Africa.

Though at the moment we’re a little ‘in the dark’ so to speak over the capabilities and what ships are earmarked for a conversion. Will they be two ‘new’ hulls? Or simply two of the existing Point class Ro-Ros, which whilst representing a step up in capability, I’d argue won’t reflect an increase in hull numbers.

If it’s thr former, it would be fantastic, especially if control is passed over to the RFA. That said, the RFA needs help with manpower – currently, three ships are laid up, so a PFI is likely here.

I’m happy with either to be honest as I think the concept is an excellent idea.

how much real influence can he bring onto our political masters?

Considering many of our political masters have abandoned even a pretence of respect for democracy, I would imagine it’s very difficult for anyone outside of Westminster to influence them.

If experience over the last 20 years is anything to go by, he is only a politician himself, that’s why he’s got to where he is. Most senior officers only say what’s good for them, rather than the service, hence January’s statement that the recruiting and retention problem was fixed. Anyone only has to look around the fleet to see the problems, short staffing on almost every vessel, low morale, shore postings cut short, billets left empty and worst of all, a lack of junior engineers staying. We are storing major problems for the future, long after Admirals have retired.… Read more »

We need a Marine as 2SL.

We should have had a Marine as 1Sl, or even as CDS. There were some good candidates but Forces politics got in the way.

No, we shouldn’t have a marine as 1SL. 1SL and FC need to be Warfare Officers

I am hoping the Corps manages to preserve itself beyond this current age of PC SJW rhubarb.