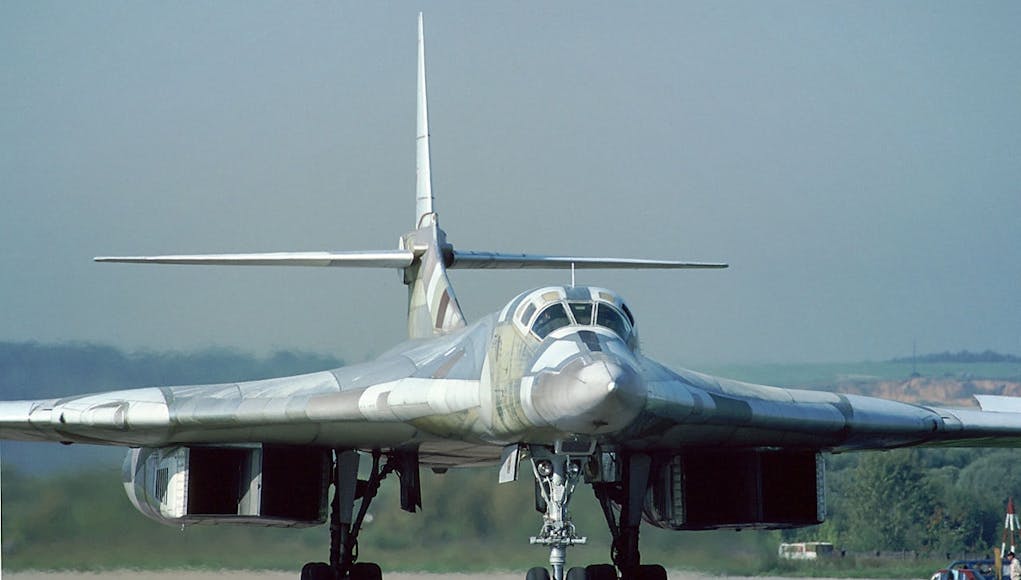 A new Russian supersonic bomber variant, the upgraded Tupolev Tu-160M2 Blackjack, is expected to make its first flight in 2019.

Entering service in 1987, the Tu-160 was the last strategic bomber designed for the Soviet Union.

As of 2016, the Russian Air Force, Long Range Aviation branch has 16 aircraft remaining, with fewer being airworthy and in service.

The Tu-160 active fleet has been undergoing upgrades to electronics systems since the early 2000s. The Tu-160M modernisation programme has begun with the first updated aircraft delivered in December 2014.

Russian media reports in August 2011 claimed that only four of the sixteen Tu-160 were flight worthy.

By mid-2012 Flight reported eleven were combat-ready and between 2011 and 2013 eleven were photographed in flight.

In November 2013, Aleksandr Golovanov and Aleksandr Novikov went into Colombian airspace in two different occasions without receiving previous clearance from the Colombian Government.

The aircraft were going from Venezuela to Nicaragua and headed for Managua. The Colombian Government issued a letter of protest to the Russian Government following the first violation. Two Colombian Air Force IAI Kfirs stationed at Barranquilla intercepted and escorted the two Blackjacks out of Colombian airspace after the second violation.

In November 2015, Russia started using Tu-160, Tu-95 and Tu-22M strategic long-range bombers against targets in Syria, along with Kalibr cruise missiles fired from the Mediterranean. This marked the combat debut of the Tu-160 and Tu-95.

They up to something should we be worried

Nah….. after all, the UK is the 2nd most powerful nation in the world.

Is this the one too fast for Typhoons to intercept?

Only slightly faster I think but they can still intercept it. And they don’t even need to catch it due to the Typhoons Radar in a war scenario

Also they would be at full mach burning huge amounts of fuel so would have to be careful for return run i would say. Id say their tankers would be vunerable.

Interesting . I wonder what there speed is on the deck. Good argument for keeping some F 15s around . In theory they wouldn’t know if an F 22 was approaching in supercruise until it fired an an AMRAAM. The same for a British F 35 with a Meteor AAM. You can not run from what you can not see.

I am not sure we really need a long range bomber, but I guess we will see these on the news in a few years flying close to our borders.

I`m afraid. I would be more concerned about those missiles KH-80/3M25 Meteorit-A.Why don`t We have anything like that,as far as I know? 3.5 mach and up to 5000km range.Most of our cruise missiles are subsonic and ..

They do throw a lot at us. Strategic nuclear torpedoes to advanced lasers that are powered by a new kind of physics.

Kinda funny that they had the Su-35 as an interim measure until the PAKs can be on the production line yet the the T-50’s nowhere near OIC.

Oh look concord is back

It`s not a bad idea

A stolen copy of the US Swing WIng Bomber I believe. They can’t design or build like tghe west can 🙂 X

To me this just looks like a Russian copy of the most incredible aircraft of all time – the Vulcan bomber.

It looks very like the 60s British jet bombers.

Which 60s bombers did you have in mind? We have never had anything like the B1 copy.

Probably refering to the TSR2.

Just the general look from the front looks like all those old delta wing bombers we had. I’m m assuming it is not s variable/swing wing plane.

Wont hold my breath. Its like their new carrier…pakfa…t14…kirov refurbs etc etc…..

Time to dust off the victors and vulcans ?

They need to call one ‘Aleksandr Meerkat’, I think. ?

An F35 would have that thing’s pants round it’s ankles before it knew what happened.

Could an F35 fly high and fast enough to catch it?

The little beasties that it carries in its belly will ?

‘Blackjacks’ have previously ‘buzzed’ the UK’s ‘area of interest’ and been escorted away by Typhoons from Coningsby.

Looks similar to a Vulcan Bomber

It’s a copy of the US’s B-1 that has been flying since the 90’s, but yes, it does look very much like a Vickers Valiant from the 50’s RAF bomber fleet.

Sorry but it doesn’t look remotely like a Valiant.

Brant Sowden have you ever seen one at all ??

A genuine Golden Horde copy of the Vulcan! Did the patents on the Vulcan expire? LOL

It looks like a cross between a Vulcan and a B1 Lancer…but I’d say it looks more like a B1. When I saw the article thumbnail I thought the US was bringing it back, but no…just the Russians copying the west again