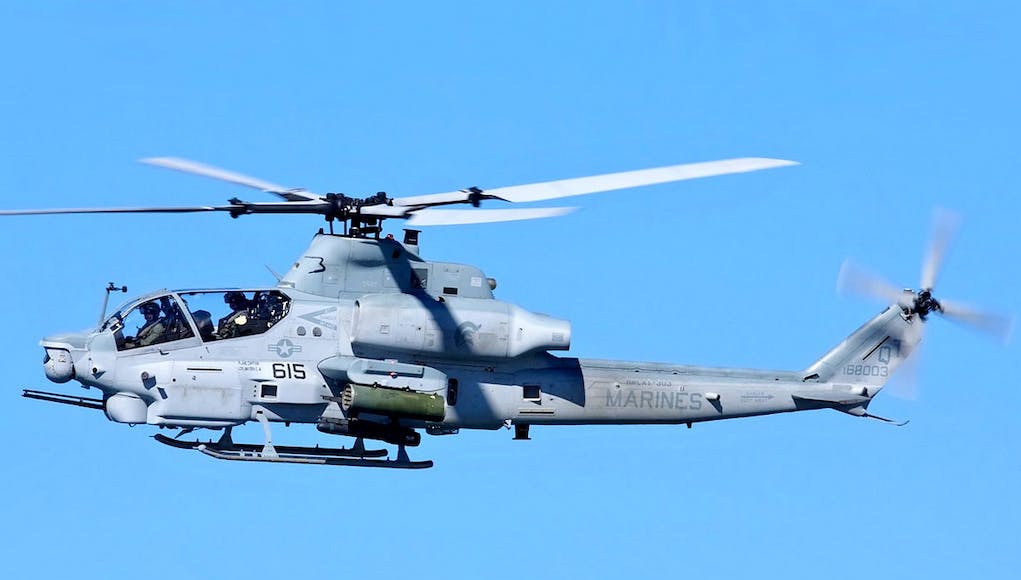 The US State Department has approved a Foreign Military Sale to Czech Republic of four AH-1Z attack helicopters and related equipment for an estimated cost of $205 million.

The Defense Security Cooperation Agency published the required certification notifying Congress of this possible sale, which is displayed below.

The department say that the proposed sale will ‘support the foreign policy and national security of the United States by helping to improve the security of a NATO partner that is an important force for ensuring peace and stability in Europe’.

The Czech Republic is considering either the UH-60M or the UH-1Y/AH-1Z to replace its aging Mi-24 helicopters and intends to use these helicopters to help modernise its armed forces and strengthen its defence.

“This will contribute to the Czech Republic’s military goal of updating its capabilities while further enhancing interoperability with the United States and NATO allies.  The Czech Republic will have no difficulty absorbing these helicopters into its armed forces.

The principal contractors will be Bell Helicopter, Textron, Fort Worth, Texas; and General Electric Company, Lynn, Massachusetts.  There are no known offset agreements in connection with this potential sale.”

This notice of a potential sale is required by law and does not mean the sale has been concluded.

I thought we paid inflated prices!

FMS sale, the actual cost will come in under that. The value posted there is the one declared to Congress, I don’t presume to fully understand why but once the program has run its course the actual bill is lower.

FMS has many benefits for a purchasing nation as the DOD and in this case USMC will handle the logistics.

Thank you Fedaykin, did not know that.

Similar to the new Chinook buy we’re getting. They’re coming direct from the US Army not Boeing. So is outside the Boeing through life support contract.

Yes but they get 14 Hellfire missiles also at that price Lol.
Don’t think they’ll be doing any live firing with that few.
Does seem a lot of money.
Joke aside they have a lot of dated Mi-24’s to replace so guessing this is an initial order with heavily stacked initial support & training costs.

Agree 4 helicopters and 14 hellfire missiles are not going to last long in any conflict. That is what less than 1 load out per helicopter?
Seriously EU and NATO countries need to take defence more seriously.
No one seems to plan for endurance in combat, resilience, attentional loses anymore. It is all just first day or 2 of combat and then that’s it. Nothing left. The Russians are not going to be worried at all about the Eastern European countries at all. This is not rearming or modernisation, just a token gesture.