NATO say that NAIAS is a biennial multinational naval exercise, organised by the Hellenic Navy, executed in Aegean Sea. Participating units have the opportunity to train in multi-threat warfare events, including anti-asymmetric warfare, maritime interdiction and counter-terrorist events.

For connection with the real world, the scenario of NAIAS 18 exercise reflects the contemporary challenges threatening the maritime security. Within the exercise the increasing complexity of exercises tied in with a gradually emerging ‘road to crisis’, culminating in a tactical phase towards the end.

“The training  objectives as well as the number of ships, boats, submarines and aircraft from the Hellenic Navy and Air Force, coincided greatly with SNMG2’s Force Integration Period” said commander of SNMG2, Commodore  Boudewijn Boots

SNMG2 is one of the four groups comprising the core of the maritime component of the Very High Readiness Joint Task Force (VJTF) to the NATO Response Forces, providing timely maritime support to NATO operations in a contingency.

‘While HNLMS De Ruyter (Netherlands) and ESPS Cristobal Colon participating the exercise remaining of the force continued routine patrol in the East Mediterranean’. ??? 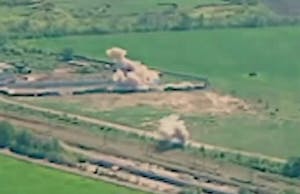