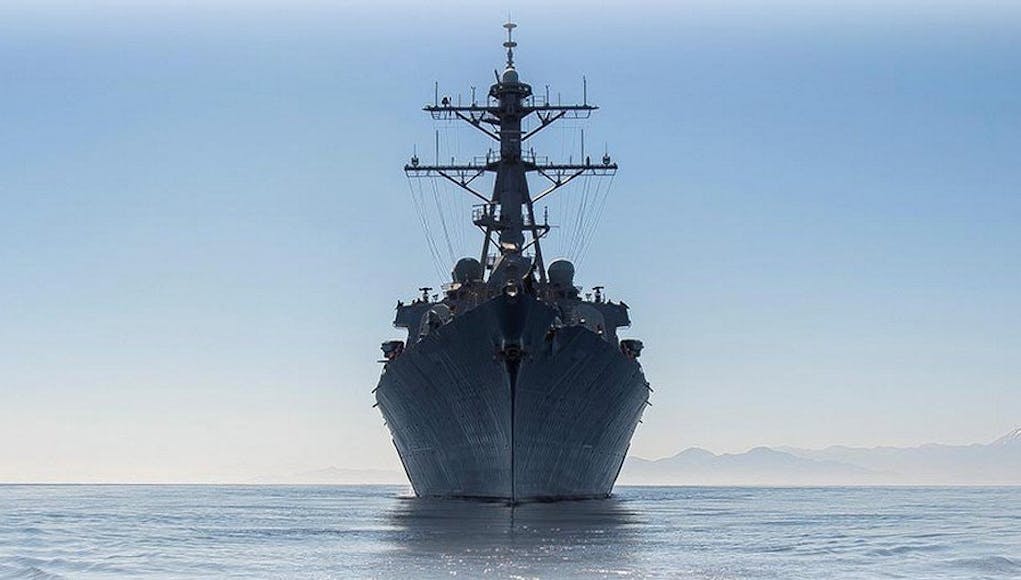 What is happening in and around the Black Sea and how does it affect NATO?

The Black Sea region is of crucial significance for Europe, being a major crossroads and critical intersection of east-west and south-north corridors. Many experts believe that whoever controls or dominates the Black Sea can easily project power to the European continent, mainly in the Balkans and Central Europe, but also in the Eastern Mediterranean as well as the South Caucasus and the northern Middle East.

The author, Pavel Anastasov, is a political scientist, who served as Head of Unit for Strategy and Analysis in the Cabinet of the Bulgarian President Rosen Plevneliev (2012–2017) and Deputy-Minister of Defence of Bulgaria (2014). Currently, he is working in NATO’s Political Affairs and Security Policy Division.

The region is home to three NATO members (Bulgaria, Romania and Turkey) and several NATO partner countries, so any instability or hostility in the area directly impacts the Alliance. Russia’s actions were in focus at the NATO Summit in Warsaw in July 2016, when Allied leaders clearly stated that “Russia’s recent activities and policies have reduced stability and security, increased unpredictability, and changed the security environment.”

Over the past few years, Russia has steadily upgraded its military posture and matched it with an uncompromising and assertive information campaign. Most Russia experts consider that Moscow is doing this primarily in pursuit of its strategic objective of great power status and the establishment of zones of privileged influence.

Hard facts support this claim. The latest and probably most serious threats to the European security architecture, openly challenging the established world order, have occurred in the Black Sea region: Russia’s conflict with Georgia in 2008, its illegal annexation of Crimea in 2014 and its continuing destabilising activities in eastern Ukraine. Beyond using conventional military force, Russia is applying asymmetrical means of warfare in this region, aimed at disturbing and incapacitating the nations’ sovereign decisions and their processes of democratisation and Euro-Atlantic integration.

What are the main challenges for NATO?

The challenges to security in the Black Sea region are all interconnected and inextricably intertwined in the wider context of Euro-Atlantic security.

Anti-Access/Area Denial (A2/AD) is military jargon to describe the situation when a state deploys weapons systems, often with long-range capabilities, to deny foreign forces freedom of movement in the theatre. Land-based surface-to-air missiles, surface-to-surface ballistic or cruise missiles, and anti-ship missiles are the capabilities most often used for building up A2/AD. Additional elements may be added to the system – for example, advanced aircrafts, surface ships and submarines, and their capabilities for air superiority and for control of the seas. Enhanced communications and surveillance systems and cyber warfare capabilities also contribute to this comprehensive A2/AD network, which will try to disrupt the electromagnetic spectrum and deprive foreign forces of its use.

It is not the A2/AD concept that is new. But the deployment of substantial amounts of this new military equipment raises questions about the purpose and intentions hidden behind Russia’s buildup. As early as 2010, the Russian State Armaments Programme prioritised the Black Sea Fleet for a significant capability upgrade. In 2015 and 2016, the Black Sea Fleet received the first of six planned upgraded KILO-class submarines and the first of six planned Admiral Grigorivich class frigates. They added to the sophisticated A2/AD system with their long-range anti-ship missiles as well as the long-range land-attack cruise missiles.

A number of NATO member states and non-governmental organisations have been vocal and candid about Russia’s malign activities which aim to erode democratic institutions by exploiting the features of open economies and societies. Numerous reports describe the toolbox and options Russia is using for this. Among the most visible actions is the active propaganda campaign, which aims to create new or reignite old historic issues which make cooperation in the region less likely, while at the same time undermining trust in Euro-Atlantic institutions – including both NATO and the European Union.

As a result, the entire region, down to each individual country, is weaker, less open for integration and dangerously prone to subversion. A regular instrument of choice is the spread of fake news and conspiracy theories, many of which suggest a hidden Western agenda. More often the aim is to fuel anti-establishment grievances, including direct support for political parties with anti-NATO agendas and anti-European agendas, feeding Euro-skepticism at large. A recent trend reveals efforts to further polarise societies that have already shown signs of division over the question of immigration or liberal democratic values.

Post-Soviet protracted (often called ‘frozen’) conflicts are all concentrated in the Black Sea region. They create ‘grey zones’ that potentially could or are already fueling organised crime, smuggling and radicalization. It requires little effort to see how Russia exploits all of them for political intimidation of the newly independent states of the former Soviet Union.

For NATO this is clearly a challenge, since all those conflicts have significant potential to destabilise the whole region rapidly. The EU’s Global Strategy, adopted in 2016, also identifies the protracted conflicts in the Black Sea region as a challenge “to the European security order”.

As the Black Sea is a key transit corridor for energy resources, a major issue is the security of supply. The existing security environment also raises concerns about the ability to exploit fossil fuels in littoral waters. At the same time, the interdependence of gas imports creates unavoidable political implications, and these imports are easily used for political purposes. Still, the European Union’s members and other nations have taken steps to address this issue, and the natural gas market is beginning to resemble the oil market, where price – rather than location – determines transactions. Of course, there is high need of connectivity among local gas networks in Europe.

For millennia, the Black Sea region has been an intersection of communication lines between Europe and the Middle East, from the Eastern Balkans to the South Caucasus. The security of these lines of communication is crucial for trade and prosperity in the region and beyond. In this context, it is obvious that the current instability chokes economic development and potential in the region, which sea trade and closer economic integration could uncap.

What is NATO’s response?

NATO had made it clear on numerous occasions that the Alliance had no intention to deploy forces in the east or southeast of Europe. However, Russia’s illegal annexation of Crimea triggered the Alliance to deliver on its core task – collective defence – and ensure its credibility. Steps have been taken to strengthen NATO’s presence in the Black Sea region, which are a defensive and proportionate response to Russia’s use of military force against its Black Sea neighbours. At the same time, Allies have agreed to keep open channels of communication with Russia, demonstrating their will to ensure predictability and transparency.

The Black Sea region is the south-eastern flank of the Alliance. In light of the regional realities and security challenges, NATO has strengthened its deterrence and defence posture with tailored forward presence measures. These are a peacetime demonstration of NATO’s resolve to ensure effective deterrence and credible collective defence.

The tailored forward presence measures include a land component – a multinational framework brigade for integrated training – as well as measures for strengthened air and maritime presence in the region.

Among the measures announced, the following have already been developed:

More than 1500 soldiers from Azerbaijan, Bulgaria, Georgia, Latvia, Romania, Ukraine and the United States take part in Agile Spirit 2017, a series of multinational military exercises at the Orfolo training ground in the Samtskhe-Javakheti region of Georgia – September 2017.

In light of the new Russian military posture and notwithstanding the deterrence and defence posture that NATO has developed in response, the Alliance and its leaders are committed to pursuing a dual track approach. As agreed at the Warsaw Summit, while strengthening deterrence and defence capabilities, the Alliance remains open to focused and meaningful dialogue with Russia on the basis of reciprocity. The NATO-Russia Council has met six times since April 2016, providing opportunities for the Allies to openly discuss with Russia issues related to military activities, transparency and risk reduction.

At the Warsaw Summit, Allied leaders stated that more stable NATO neighbours means more security for the Alliance and that

“…against the background of increasingly unstable global security environment… NATO seeks to contribute more to the efforts of the international community in projecting stability and strengthening security outside its territory, thereby contributing to Alliance security overall.”

Read the rest of this article, courtesy of NATO Review.

If Turkey aligns with Russia (as it seems to be under the current Erdogan regime) and Russia succeeds in overawing Georgia back into its firm orbit then the Black Sea will become more of a Russian lake than it already is. We had better understand that.

This is looking more and more likely.

I get the feeling that the queen Elizabeths and their support groups will spend a great deal of time on deployment in the eastern med. With the bulk of the other free ASW assets ( hunterkillers, 23s/26s) and anphibs focused on the North Sea and Baltic, the RN may have to end up with the bulk of its hulls focus in these two areas and firmly on Russia. If the RN keeps up and expands ( with a frigate) its enduring presence in the Middle East and opts for a frigate deployment in the Far East, while still maintaining its… Read more »

Yes, I consider UK defence spending a bit unwise, but due to our geography, nuclear deterrent ,navy army and airforce that are at least meaningful and would make us to bitter a pill to swallow whole even without NATO. But Some other large European nations have got to the point where by their neglect of defence and lack of deterrent means they would be totally at the mercy of Russia without NATO backing. Now for the smaller nations like the Baltic states they will always be in grave danger without NATO, but Germany especially and Italy at least should be… Read more »

Hi Jonathan, I agree with your thesis – there are many similarities between the interwar period and today. The maddening thing to me is the fact we are doing this to OURSELVES and have no one else to blame. Also, new technologies – I believe – hastens the downfall of empires by disrupting the status quo that sustains them. The time between the rise and fall is significantly shortened as well due to this effect IMO. It took Rome ~2000 years to disintegrate, ~1000 years for the Medieval empires of Europe, 300 for the Spanish and Portuguese, 200 for the… Read more »

I agree with your comments above. I think Europeans need to be ready for a scenario where the US and China are fighting each other and we have to deter or defeat Russia with very little help from the US. If/when China makes its move(s) and if/when the US responds then Russia may well decide either in co-ordination or opportunistically to also grab some territory.