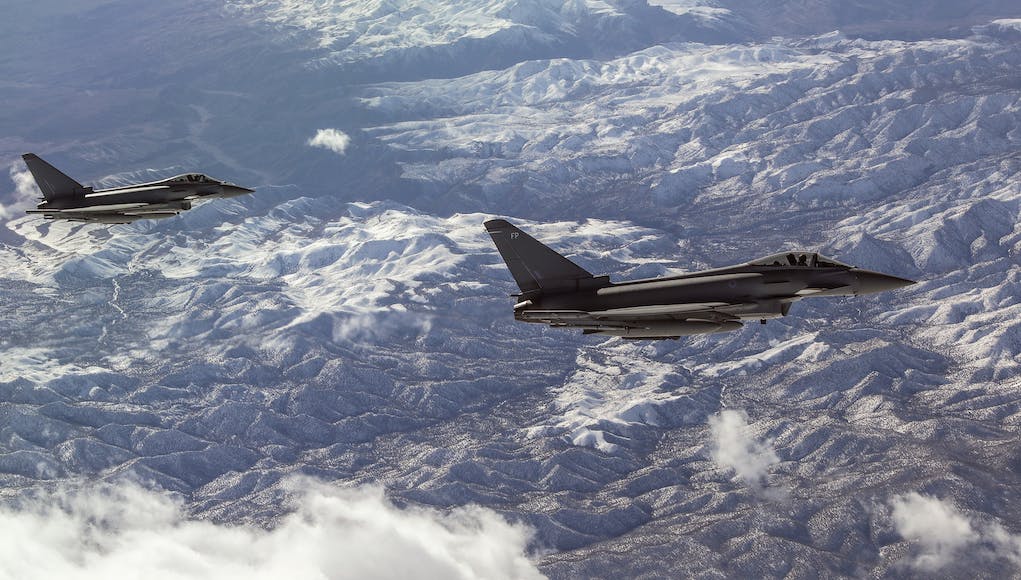 A Paveway IV eliminated an Islamic State light machine-gun team, whilst a truck-bomb was destroyed with a Brimstone missile.

According to the Ministry of Defence, Brimstone-armed Tornados successfully attacked three terrorist positions in Mosul, whilst a Paveway IV from a Typhoon accounted for a fourth. Mixed pairs of Tornados and Typhoons struck four Islamic State positions in Mosul on Monday 29 May, including two defended with heavy machine-guns and rocket-propelled grenades, as well as demolishing a large road block built by the terrorists.

A Paveway for a machine gun
A Brimstone for a truckbomb
Bit over the top dont you think
How much did that cost ?
Surly there must be cheaper ways to hit small targets such as theses

Yes there are, but they all involve boots on the ground and the risk of our troops being killed, or worse still..captured.

Whatever the cost of dropping Paveways & Brimstones is, it’s worth avoiding the above and cheap at twice the price.

Yeah I honestly struggle to see how there isn’t a cheaper just as safe / and indeed quicker method of dealing with these – how about an javelin or nlaw ?

Exactly, not only would they be effective but it would also increase the local forces ability to look after themselves and therefore reducing their reliance on us.

What a goddamn waste of money & air-frame hours!

These are pin pricks on the hide of an ox.

Completely pointless other than for the politicians to look tough.