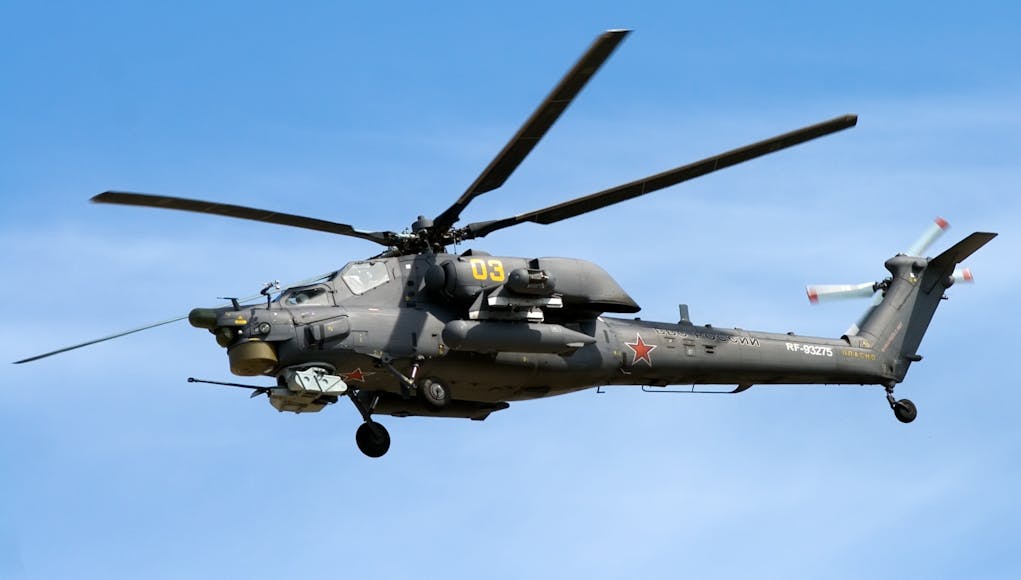 Two Russian pilots have died in a helicopter crash over rebel territory in Syria it has been reported.

Russia’s Ministry of Defence said the Mi-28N attack helicopter came down in Homs province in the early hours of Tuesday morning. It is not believed that the helicopter was shot down.

The deaths bring the number of Russian forces killed in Syria to at least eight.

Russian aircraft are currently supporting troops loyal to Assad along with allies from Hezbollah and the Iranian Revolutionary Guards in an advance on Islamic State and Syrian rebels.

Awful luck or victims of corner-cutting?

Russian MoD is saying that they were flying at night when the helicopter came down, and is blaming it on pilot error. At least the poor buggers weren’t taken by those cavemen to “star” in a future video like that unlucky Jordanian a while back…