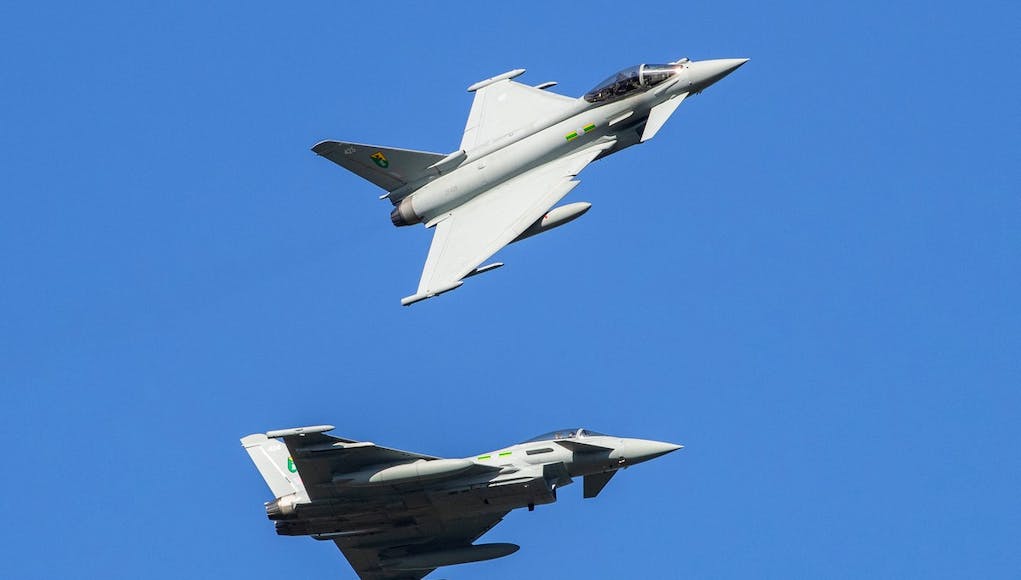 Coming under heavy small arms fire from the terrorists on the 11th of May, the Iraqi troops requested air support from the coalition, and a pair of Royal Air Force Typhoon FGR4s responded promptly.

“Liaising closely with the Iraqis, our aircraft attacked the Daesh terrorists with two Paveway IV precision guided bombs. The bombs hit the target and eliminated a number of the Daesh extremists. The Iraqi forces were then able to assault the position successfully and overwhelm the few remaining terrorists.”

It must be a bummer to get some Paveway dropped on your head and to know that IF you survive that, an infantry assault is next…

Wonder how long it takes to respond to such a request, a long way to come unless they are in theatre waiting for the call.