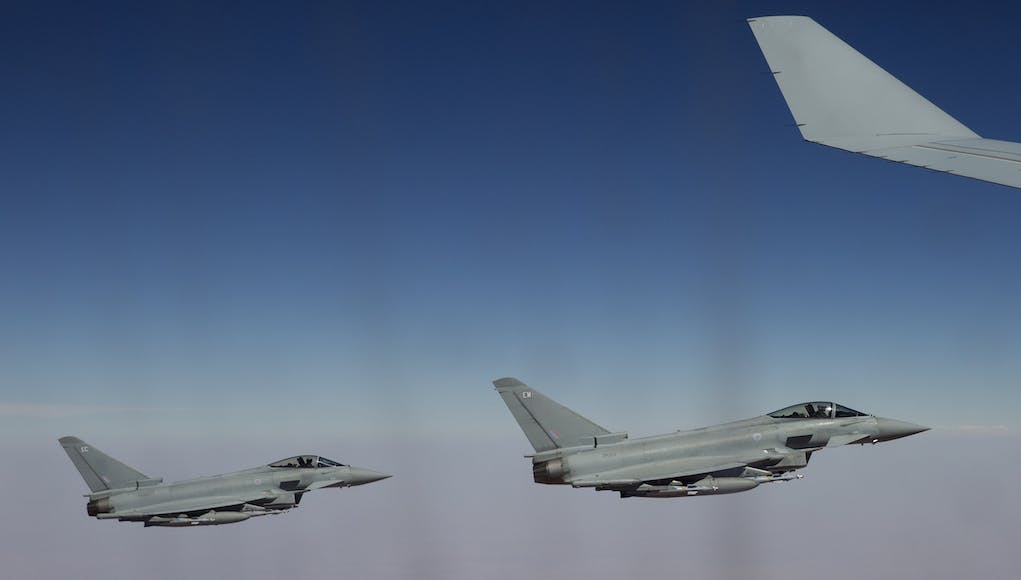 In western Iraq, a group of Islamic State fighters had been identified hiding in a cave; two Typhoons scored a direct hit on the cave entrance with one Paveway IV, then used a second to destroy their truck parked some distance away.

A vehicle!
A heavy toll for global jihad.

Operation Shader….totally worth every penny.