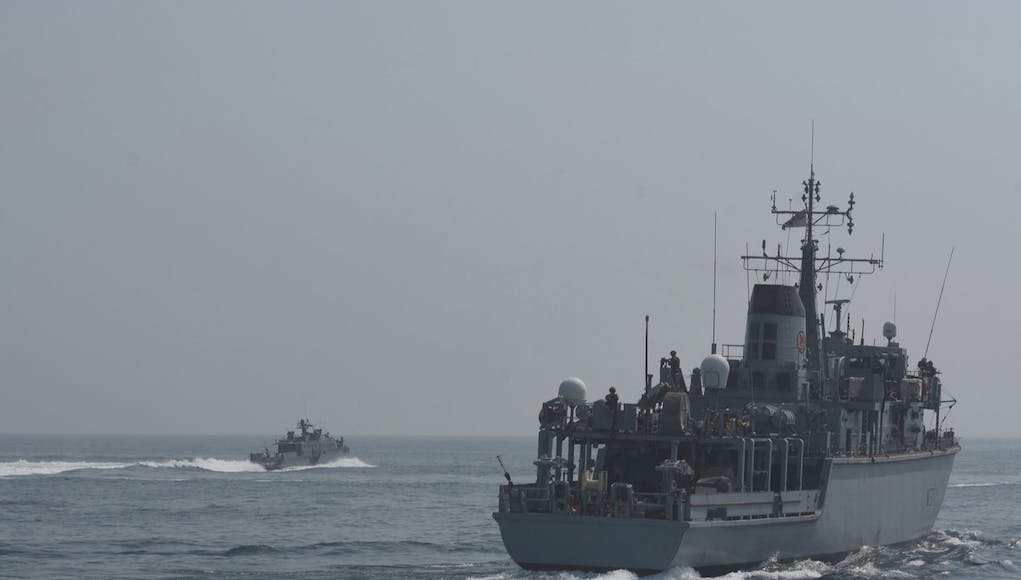 The Royal Navy and U.S. Navy participated in a mine countermeasures interoperability exercise in the Persian Gulf earlier this month.

The exercise consisted of realistic mine hunting simulations where participating units practiced detecting and classifying training aids shaped like mines while following standardised mine hunting procedures.

In addition to simulating the hunting and detection of different types of mines, the combined force practiced defending itself from the threat of small boat attacks.

While both U.S. and Royal Navy forces integrate regularly, including Royal Navy officers filling important positions in the CTF 52 staff, this exercise reportedly demonstrated their ability to improve upon existing tactical proficiencies.

“The ability for the Royal Navy and U.S. Navy to conduct interoperability exercises together is essential to ensure that freedom of navigation is maintained.”

I suspect quite strongly that this a prime area spoken of by Ben Wallace when he said we need to have autonomous capability replacing legacy platforms. I can see the MCM fleet reduced, over a slick timescale, to 6 platforms, probably of a single type (Sandown because younger?) which uses both traditional and autonomous methods until autonomous takes over completely. Such that a flotilla of 4 becomes a flotilla of 2 with autonomous boats networked.

Thanks Gunbuster. Equipment obsolescence makes more sense. I was reaching for the political argument to reduce to a single class of vessel. I am not saying it’s a terrible idea (moving to autonomous kit with a Mothership is probably the future) but I hope the timescale for the ship decommissioning is based on capability of the new kit, not just quickly reducing cost. I fear it will be but the RN, as with all our brilliant people in the forces, will ‘make do and mend’ – as per.

Sandown have already been slicked down to 6. With Ramsey now sat over in Rosyth.

I have to say that readiness and availability must be very good if we are able to conduct so many exercises and missions simultaneously around the globe.

We may not have many of them, but we sure do make great use of our ships.