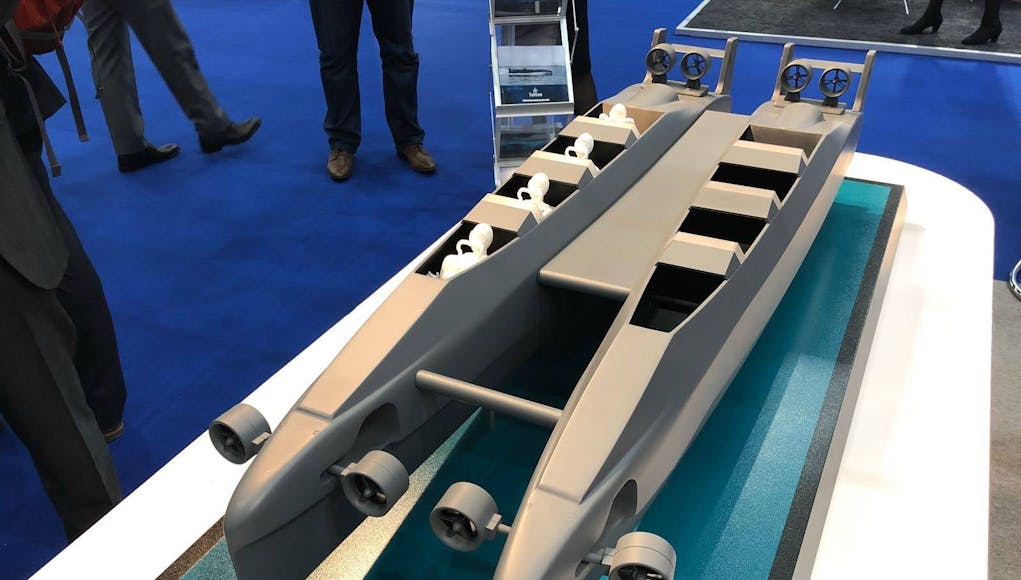 The DDU, say SubSea Craft, is the next evolutionary step in surface-subsurface watercraft, combining exceptional surface performance with speed and range.

We were told at the stand that the craft is airdropable by the UK A400M Atlas fleet and the C-17 fleet but the current prototype is unable to fit safely inside a C-130. It can even be carried by a Chinook.

We were told that this is something many smaller, regional navies are interested in as it does not require the presence of a larger vessel, like a frigate, to deploy the system.

The ability to utilise a watercraft to cross the surface at speed, and then transition to a submersible craft offering speed, depth, payload capacity, distance and stealth has long been sought after.

The DDU, say the company, is a self supporting asset designed to operate in blue water and littoral zones. Its modular design is engineered to provide maximum mission performance and load-carrying adaptability within the frame. The craft’s infrastructure operates completely on fly-by-wire technology offering a significant opportunity for a number of autonomous applications. 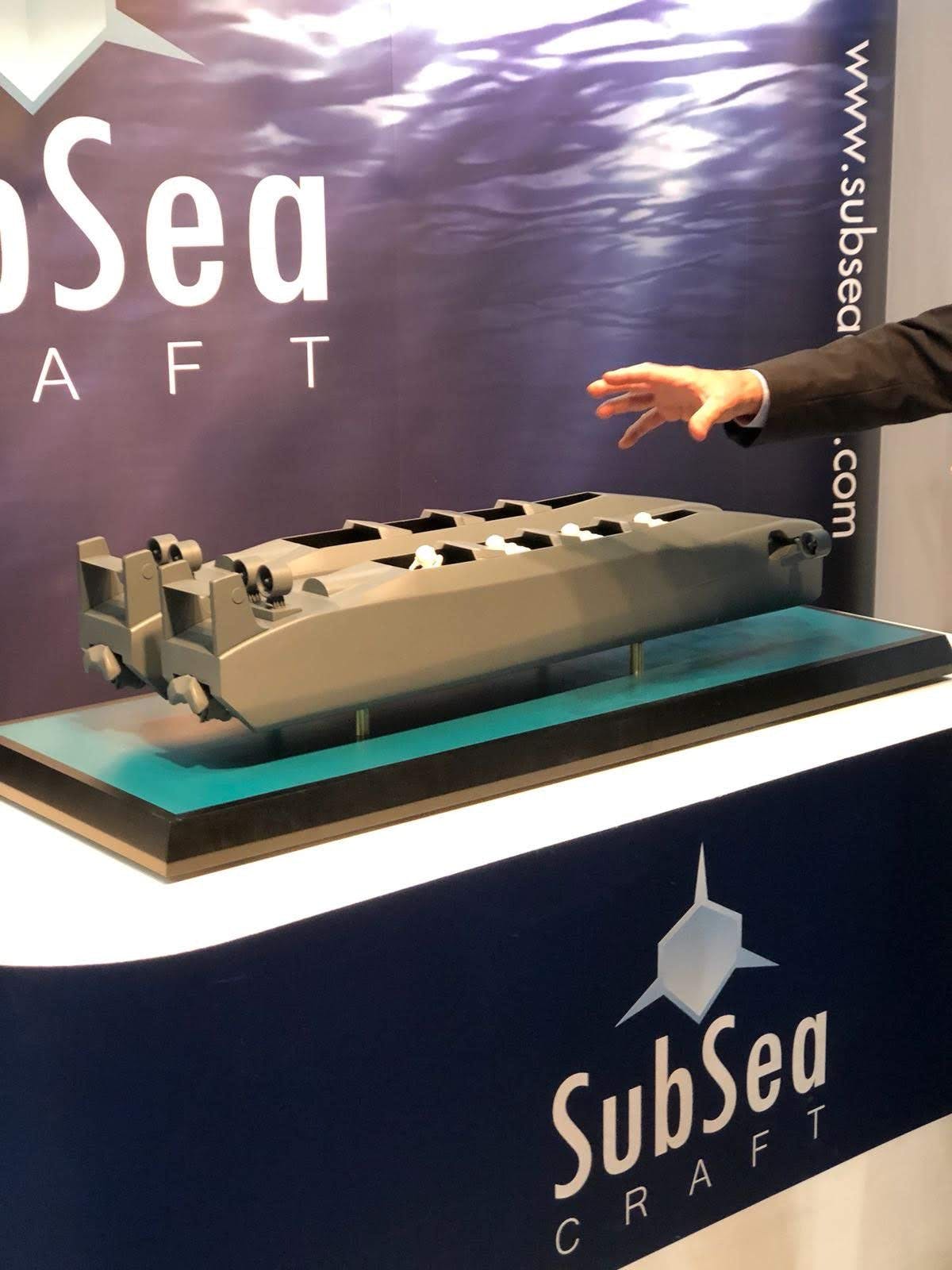 Autonomous operations utilising the DDU would reduce the use of assets even further with a long distance “stand off” capability for the autonomous user.

We understand that many navies have expressed interest with most waiting for others to ‘take the plunge’, we learned today too that the Royal Navy itself is interested in this.

Here are the specifications: