Britain is to send another warship to the Mediterranean to target arms traffickers in Libya.

The UK already has one ship operating in the area, HMS Enterprise. In June 2015 Enterprise replaced HMS Bulwark in the mission to rescue migrants crossing the Mediterranean from Libya to Italy.

For Britain to send an additional vessel the EU must agree to extend the mandate of Operation Sophia, British officials have said they would seek United Nations approval so that the new ship can intercept boats suspects of smuggling arms to Islamic State militants in Libya.

“Once the relevant UN security resolutions are in place, we intend to deploy a navy warship to the region to assist in the interception of arms and human smuggling.”

The aim of this new operation launched by Europe is to undertake systematic efforts to identify, capture and dispose of vessels as well as enabling assets used or suspected of being used by migrant smugglers or traffickers. The Juncker Commission, in particular the HR Federica Mogherini, views this operation as a fundamental contribution to fighting instability in the region and as a way to reduce the loss of lives at sea and increase the security of European citizens.

More than 13,000 migrants have been rescued from the sea in the course of the operation. 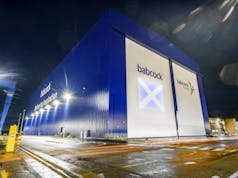 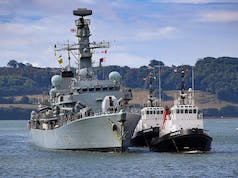 It’s not permission, it’s an expansion of Operation Sofia to accommodate the arms trafficking issue.

Permission itself comes from the UN.

Rob, your answer was good…his was better though 😉

Peter Vine It’s in the article:
“For Britain to send an additional vessel the EU must agree to extend the mandate of Operation Sophia”

THe UN can authorise the interception of vessels in sovreign Lybian waters. The EU must agree to expand the scope of Op Sofia, or the UK is acting unilaterally. Its not permissions per se, as George said, but it still requires EU authorisation for the UK to continue to operate under the Op Sofia banner if it decides to send another warship.

It makes sense that the EU would need to be consulted on extending an EU op, in fairness

From what I have seen its the un the uk needs to be talking to.

Wonder where we’ll get this warship from. Perhaps paint the Gosport Ferry grey and send it down there

A T23 might be a bit over the top but I can imagine that chasing arms smugglers might well benefit considerably from having an embarked helicopter so our River Class OPVs don’t quite cut it and nor does a minesweeper. Maybe a Bay class with one of the temporary hangers installed? There’s was one in the Med recently helping with the Egypt Air search which might well still be there but maybe it has other taskings already. I really wish we hadn’t sold our 4th Bay to Australia in 2011 for £65m. That money was traded for a lot of… Read more »

HMS Lancaster isn’t up to much…

That’s a decent percentage of the Royal Navy.

Don’t we need these ships for the start of WW3 as predicted by Dodgy Dave if brexit happens? 🙂

It’ll be bulwark I reckon

Hopefully by 2025 the RN will be up to 25 Destroyers, Frigates and ocean going patrol vessels..
eek fingers crossed, and beyond that more escorts i hope.. The Royal Navy do a superb job where ever they are sent, but they sure do need those extra vessels.

It is handy that we have to wait for EU/UN sign off, as it gives us time to work out which standing duty will pull pull the ship from.

If it will go after arms smugglers, it has to be a real warship, as there has to be a risk that the smugglers will try and defend themselves.

As such, a frigate seems to be the only sensible option. 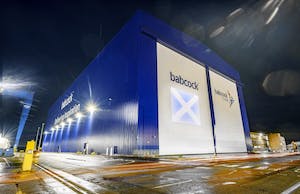 November 30, 2021
In addition to a new facility that is able to build two frigates at the same time, Babcock also announced that they will be expanding their shipbuilding workforce in Scotland by 500 people.